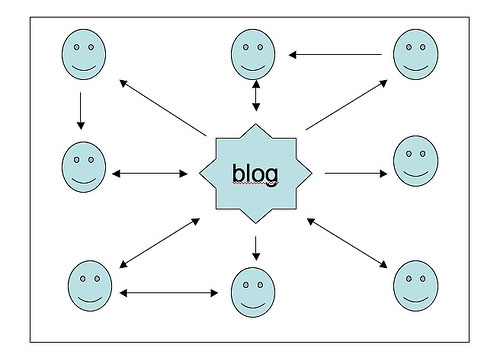 The 2011/12 school year is staring us in the face, and that means it’s time for another summary of which recent blog entries might be useful for teachers who assign Film Art: An Introduction in their classes. We’ve amassed 443 posts since we launched Observations on Film Art in late September, 2006, so browsing through them might seem a daunting prospect. You can also consult previous entries in this annual series for 2007 [2], 2008 [3], 2009 [4], and 2010 [5].

Launching from an anecdote about a three-year-old watching Snow White and the Seven Dwarfs, we speculate about the conventions of narrative closure and how we learn them in “Molly wanted more.” [6] 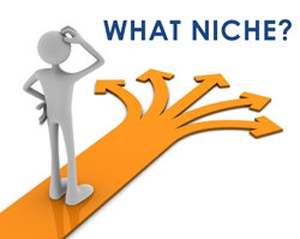 [7]In discussing narration, we describe one of its characteristics as the “range of knowledge” the spectator is given. Often we’re limited largely to finding out what one character knows, as with Philip Marlowe in The Big Sleep. We examine this idea in more detail in “Alignment, allegiance, and murder.” [8]

Chapter 3 has a “Closer Look” box that talks about the recent vogue for narratives that play games with time and causality, including the forking-path story. We examine another example in “Forking tracks: Source Code.” [9]

Our main example in this chapter is Citizen Kane, which helped popularize flashback-based narratives in the 1940s. Some less familiar but equally baroque examples feature in “Chinese boxes, Russian dolls, and Hollywood movies.” [11]

And for more on flashbacks in movies new and old, see “Puppetry and ventriloquism.” [12]

Louis Feuillade’s silent French serials of the mid-1910s are masterpieces of subtle staging in depth. David analyses the wonderful serial Fantômas in “How to watch Fantômas and why.” [13]

Students are especially keen to talk about acting, but it’s one of the hardest aspects of film to pin down and discuss. The chapter deals with it alongside the three other aspects of mise-en-scene, make-up/costumes, lighting, and setting. For those who want to teach it in more detail, we provide a discussion of the acting in The Social Network, concentrating (as filmmakers tend to) on the eyes and eyebrows of the two main actors. See “The Social Network: Faces behind Facebook.” [14]

We discuss the most common screen ratios (the height of an image compared to its width) in this chapter. Some films have been released in two different ratios, widescreen and Academy. We demonstrate how important 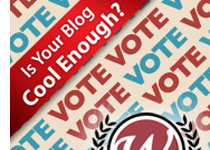 [15]small differences in framing can be in Fritz Lang’s films in “Ratio-cination.” [16] By contrast, “A Matter of ‘Scope” [17]considers how Japanese and Chinese filmmakers use the 2.35 ratio.

The use of 3D has expanded considerably since we revised Film Art for its current edition, the ninth. Whether the technique will continue to expand or will simply be used for blockbusters and inexpensive genre films is still a subject for debate. We have followed the debates and the box-office fortunes of 3D in three entries this year: “Has 3D already failed? The sequel, part 1: RealDlighted,” [18] “Has 3D already failed? The sequel, part 2: RealDsgusted,” [19] and “Do not forget to return your 3D glasses.” [20]

After noticing some incorrect definitions of “graphic match” appearing in print and on the internet (including Wikipedia), we decided to clarify the matter. We devised the term “graphic match” back in the mid-1970s, so we try to explain it in “Graphic content ahead.” [21]

Chapter 8 Style as a Formal System

In “Bond vs. Chan: Jackie shows how it’s done,” [22] we talk about how staging, framing, and editing can be used to make a clear, understandable fight scene (Jackie Chan) or a clumsy one where half the action isn’t there on the screen (Tomorrow Never Dies).

For more on clarity in staging, framing, and editing, see our comparison of Shanghai and Tampopo, “Direction: come in and sit down.” [23]

Wouldn’t you know it? Our most popular entry ever was written by a guest blogger! Tim Smith, who researches how our eyes and minds perceive films, contributed “Watching you watching There Will Be Blood.” [24] He was following up on an earlier entry by David, “Hands and faces across the table,” [25] which analyzed a lengthy take in There Will Be Blood, suggesting how the staging and gestures direct our attention from one point on the screen to another. Tim followed up by using eye-tracking devices to show precisely where eleven viewers were looking from instant to instant. The entry included a video clip of the scene with the eye movements shown with moving circles.

This entry was posted in February and has racked up hundreds of thousands of views, on our site and others. About a hundred people still click on our entry every day. It even helped inspire a story in the New York Times [26]by Manohla Dargis. 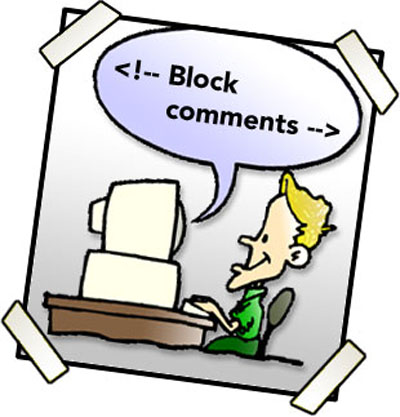 [27]Tim’s post was less directly a follow-up to one we wrote on how eyes move across paintings: “The eye’s mind.” [28]

The rediscovery of the great early silent French director Albert Capellani doesn’t exactly fit into Film Art, but we think everyone should be aware of this important figure. “Capellani trionfante” [29]outlines the basics of his distinctive style. Greater than Griffith? For the pre-World War I period, at least, we think he may be.

Mainstream movies are more fast-paced than ever these days. We celebrate the merits of films with a slower rhythm in “Good and good for you.” [30] Perhaps adventurous students will be intrigued.

Documentarist Errol Morris is an alumnus of the University of Wisconsin-Madison, and this past year he visited for a few days, bringing his new film Tabloid with him. We profile him in “Errol Morris, boy detective.” [31] This entry could be assigned along with the analysis of The Thin Blue Line in Chapter 11.

We were blogging from New York in February, when Christian Marclay’s The Clock was creating a sensation at a downtown gallery. It’s a 24-hour compilation video made up of shots from a huge variety of existing films, all showing clocks that register the time at which the viewer is seeing those shots. We discuss it in “Time piece.” [32]

Animation sometimes turns up in unexpected places. The makers of Harry Potter and the Deathly Hallows Part 1 decided to render the story Hermione Granger reads from The Tales of Beadle the Bard as a short animated film. We discuss this imaginative segment and its director in “Three minutes of ‘Three Brothers.’” [33]

Film history is a living presence on our blog: We talk about cinema from the silent era onward. So great is our commitment to early film that we don’t post a list of the ten best films of the year. Instead we decided to promote old films by discussing the ten best films of exactly ninety years ago. This time it was “The ten best films of … 1920.” [34] If you teach a unit on film history, this entry and its predecessors might give you some ideas about what to show in class. The most recent one contains links to all the earlier entries. Some titles will be familiar, some less so, and some, alas, are still awaiting release on DVD.

One section of Chapter 12 deals with the development of Hollywood continuity style in the 1910s. We go into more detail concerning editing and staging during this period in “Looking different today?” [35]

Anyone interested in going beyond Chapter 12’s section on Hong Kong film history will find plenty more information in this year’s entries. To celebrate the second edition of David’s Planet Hong Kong: Popular Cinema and the Art of Entertainment, available here [36], there is a seven-day blogathon about stars, stories, and styles in Hong Kong cinema. That week starts here [37], with a list of 25 essential movies. There’s also David’s annual report from the Hong Kong International Film Festival, launching, appropriately enough, with an entry called “Bullets from the East.” [38]

The last section of the chapter deals with modern Hollywood cinema. Our review of Sidney Lumet’s career deals with changes in mainstream moviemaking that occurred from the 1950s on, in “Endurance: Survival lessons from Lumet.” [39]

We attend a small number of film festivals regularly and blog about the movies we see there. We’re not linking to every one of our festival reports, but they do contain brief commentaries on recent films and restorations of older ones. Teachers who happen to be screening one of these films might find what we say useful. There are links for festivals in general and specific festivals in the Categories list in the right margin, or try typing specific titles into the search box. We also have added a lot of new categories, including individual filmmakers and festivals.

When we started our blog, we didn’t expect that it would provide the contents for a book. Still, when the University of Chicago Press suggested that we propose a collection bringing together some of our popular entries, we thought it worth a try. The result was published this year as Minding Movies: Observations on the Art, Craft, and Business of Filmmaking. Naturally, in a case of circular synergy, we blogged about it in “A new book, more or less accidental.” [41] 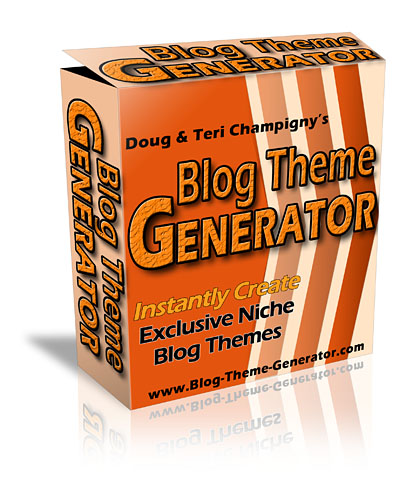 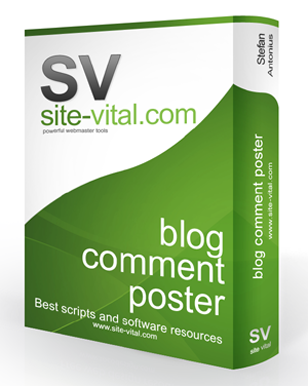