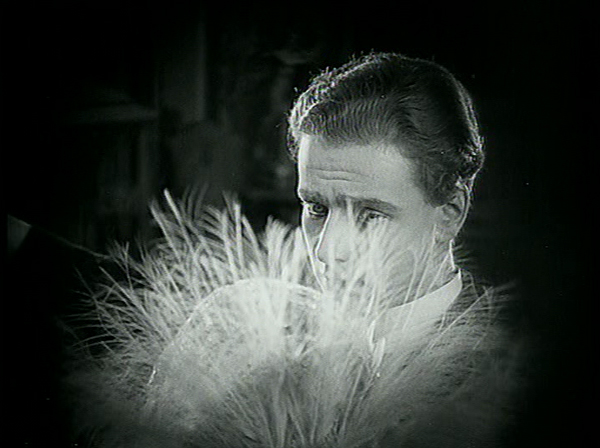 We don’t write our entries for this blog with with the thought that they will necessarily be used in teaching. Still, some of them might be might prove helpful in preparing lectures or assigning readings in courses assigning Film Art: An Introduction. Or indeed, other courses. As usual, at a time of year when teachers are preparing their syllabi, we offer a run-down on what we’ve posted over the past year.

Here are some suggestions, chapter by chapter. Sometimes one entry will be relevant to several chapters, so we’ve noted such overlaps. 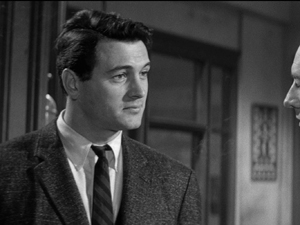 At the end of Chapter 1, we have long included a section warning students against watching widescreen films shown on television in pan-and-scan formats. Widescreen televisions, as well as letterboxing and windowboxing on home video, may seem to have solved that problem. Yet alterations in film images, often eliminating key parts of shots, persist. We discuss how in Filling the box: The Never-Ending Pan & Scan Story. [11]

Throughout Film Art, we emphasize that filmmaking involves many decisions and much problem-solving. We examine some specific examples from the works of William Wyler and others, in Problems, problems: Wyler’s workaround. [12]

Chapter 1 discusses the various roles in filmmaking. An important contemporary screenwriter, David Koepp (Jurassic Park, The Da Vinci Code, War of the Worlds) and director (Ghost Town, Premium Rush) visited our department this year. We pass along some of what we learned in The compleat screenwriter: David Koepp gives notes [13].

Bill Forsyth, director of the admirable Local Hero, shares his experiences working on both experimental and mainstream films in Watch those hands [14].

We also refer to the auteur theory, suggesting that the director is often the major artist who organizes a film. François Truffaut’s book of interviews with Alfred Hitchcock has been a huge factor in making Hollywood genre directors more respected. It has also influenced many directors and critics. Our friend Kent Jones has made a revealing film about the background of the interviews and the books. We discuss both the book and Kent’s film in  TRUFFAUT/HITCHCOCK, HITCHCOCK/TRUFFAUT, and the big reveal. [15]

Here we lay out the various types of meaning in films, including symptomatic meaning. Looking at how films supposedly reflect social trends, however, has become an easy way of generating journalistic prose. We point out the problems with this approach in Zip, zero, Zeitgeist [16]. 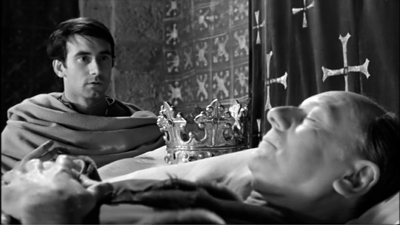 Michael Neelsen, a filmmaker and consultant based here in Madison. has a site called ReelFanatics [18]. In our entry Cinematic storytelling: A podcast on narrative [19], we preview Michael’s interview with David [20] about his ideas on filmic storytelling.

The narrative of Gone Girl plays with the spectator’s expectations. We discuss how it links to Hollywood’s historical treatment of the thriller genre in Gone Grrrl [21].

Chapter 3 has a “Closer Look” box, “Playing Games with Story Time,” which examines the recent popularity of “what if” films that employ forking-path premises. We discuss a much earlier example of this technique from 1934 in What-if movies: Forking paths in the drawing-room [22].

Another intriguing way of structuring stories is the “network-narrative” technique, which weaves together the lives of several seemingly unconnected characters. As a storytelling choice it persists in films like The Best Exotic Marigold Hotel. The format was popularized in the 1930s with the “Grand Hotel” cycle of films. We survey this narrative option in 1932: MGM invents the future (Part 2) [23]. For Part 1, see below under Chapter 7. 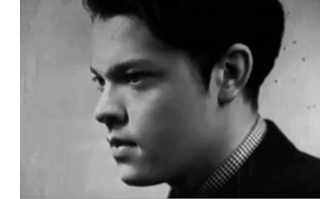 [24]If you’re teaching Citizen Kane or any other film by Orson Welles (right, very young), your students might be interested in learning some background on the director. See our Local Boy Makes Very, Very Good: Welles comes home [25].

The Taiwanese director Hou Hsiao-hsien is a great master of staging, setting, and lighting. Hou Hsiao-hsien: A new video lecture! [26]links you to a presentation that David posted on Vimeo. See also our guest entry, Jim Udden’s first impressions  [27] of Hou’s latest, The Assassin.

In 2014, Richard Linklater’s Boyhood focused much attention on acting and casting by dealing with twelve years in a boy’s life. The shooting was done across twelve years using the same actor as he grew up. Despite the acclaim for the film, something similar has been done in other films. We compare the effects of actors growing up before our eyes with a comparison to the Harry Potter series  in Harry Potter and the Twelve-Year Boyhood [28].

Like other aspects of mise-en-scene, actors’ performances can be analyzed. Watch Those Hands [14] considers Burt Lancaster’s performance style in The Killers, Brute Force, and other film noir classics. Two clips illustrate Burt’s control of eyes and hands.

Some students may be convinced that CGI (computer-generated imagery) is the best way to make a big action movie. We look at Mad Max: Fury Road (above) and The Lord of the Rings as films that are more original and entertaining because they emphasize practical effects and resort to CGI only when necessary. See The waning thrills of CGI [30].

Jean-Luc Godard’s late films offer fascinating examples of unusual framings. Sometimes his camera positions block our easy understanding of the story action. We consider an example in Watch those hands [14].

Chapter 6 The Relation of Shot to Shot

In BIRDMAN: Following Riggan’s Orders [31], we argue that although much of the film is presented as a single shot, we can see changes of camera angle and distance that fit the patterns of traditional editing. The film in effect absorbs the principles of continuity editing into its long-take approach.

The origins of cinematic voice-over in the 1930s can be traced with surprising precision, as we indicate in 1932: MGM invents the future (Part 1) [32]. The entry includes several video clips from rare films of the period.

Guest blogger Jeff Smith applies his expertise in music to analyzing the songs and scores from 2014 nominated for Oscars in The sirens’ song for Oscar [33].

Film Art occasionally uses telephone calls to show the range of choices filmmakers have with respect to sound. In Little things mean a lot: Micro-stylistics [34], phone calls illustrate the interplay of editing, dialogue, and music to build suspense. Our biggest example, which includes a video clip, comes from Humoresque (below). 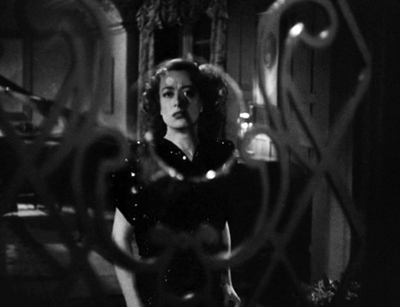 Current 3D cinemag has become quite ambitious, and no film exemplifies this better than the provocative, sometimes abrasive, often beautiful Adieu au langage (Goodbye to Language) of Jean-Luc Godard. We devoted two entries on this extraordinary film. Adieu au langage: [36] 2 + 2 x 3D [36] analyzes the relation between the film’s 3D design and its overall form. The other, Say hello to Goodbye to Language [37], proposes some follow-up ideas.

Film Art tends to use fairly straightforward examples of film technique and style, aimed at students new to the subject. But less noticeable examples can be fascinating, as we suggest in the Micro-stylistics [34] entry.

Film is self-evidently a primarily visual art. Yet the flow of images depends on sound, genre conventions, and other elements. See our Visual storytelling: Is that all? [38]

Gone Grrrl, [21] as mentioned above, is a good example of the thriller. The Hitchcock/Truffaut entry [15] compares how each director uses conventions of the same genre.

The conference of the Society for Cognitive Studies of the Moving Image was the occasion for meeting experimental filmmakers John Smith. His films are described in An evening with Mr. Smith [39]. 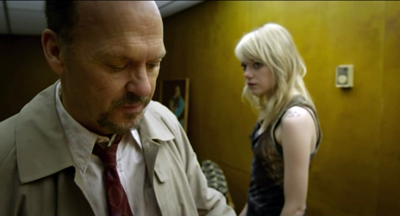 Our entry on Birdman [31], mentioned above, constitutes a fairly detailed analysis of the film as a whole. In addition, David’s website [41] hosts several additional analyses cut from earlier editions of Film Art. Feel free to mix and match. 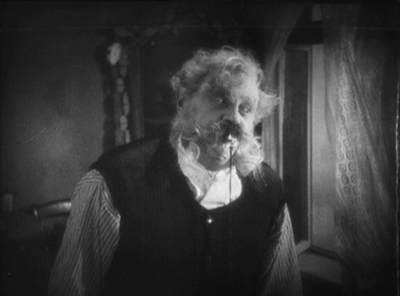 At the end of each year, we offer our own version of a ten-best list, going back 90 years in order to call attention to both classics and little-known gems of the day. This past year it was The ten best films of … 1924 [43]. (See directly above and top of this entry for two of our choices.)

Both Michael and The Last Laugh are among the many classics of the German silent cinema. But a trip to an archive can reveal lesser-known films of interest. See Homunculus and his friends [44] for some examples.

Every now and then we write about new book, DVD, and Blu-ray releases. Find out about little-known films and recent restorations in DVDs and Blu-rays for your letter to Santa [45].

Our colleague Lea Jacobs has recently published a major study of how the ways in which music, voice, and effects created rhythm in combination with images in the first decades of sound cinema: Film Rhythm after Sound: Technology, Music, and Performance. See The getting of rhythm: Room at the bottom [46]. 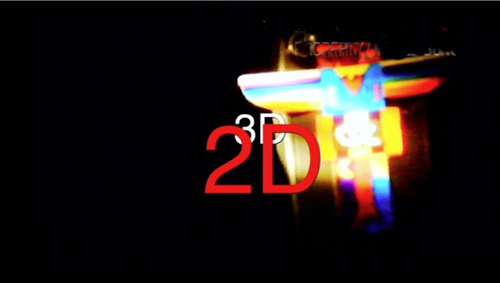