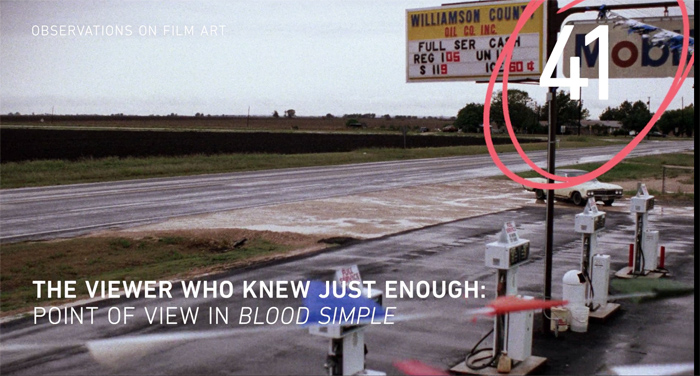 Over the last couple of years I’ve been writing a book on common strategies of popular storytelling in film and other media. I go on to trace how those strategies get worked out in detective stories and thrillers. If you follow this blog, you know that these genres are ones I enjoy and like studying.

So I was happy to offer as one installment of our Criterion Channel [2] series, Observations on Film Art [3], a short analysis of storytelling strategies in Blood Simple [4]. In it I suggest that although the film has the trappings of a neo-noir–the somewhat downmarket characters, the seedy milieu, the chiaroscuro lighting–in its narrative techniques it’s closer to a Hitchcock thriller. That’s because its manipulation of point of view, one of the resources of popular storytelling, is close to the “partial and misleading omniscience” of the thriller genre and Hitchcock’s narration in particular.

Put it another way. We aren’t restricted to what only one character knows, as in a detective story like The Big Sleep (1946). Instead, Blood Simple steers us selectively from one character to another. So we always know more than any one of them does. That creative choice increases suspense–knowing the dangers that lurk ahead–but it also  summons up an ironic detachment from them, as we watch them make their foolish mistakes. In a word, if you know the film: fish. Here’s another: lighter.

This shifting viewpoint doesn’t give us absolute knowledge, though. There is still some information that slips through the cracks. So we can enjoy superior knowledge in long stretches, while still getting some sudden surprises, or even shocks. (Consider the climax with the perforated wall and the knife at the window.) In their first feature, the Coens prove themselves already fully in control of finely-tuned cinematic storytelling. We’re a step ahead of the characters, but the film is a step ahead of us. 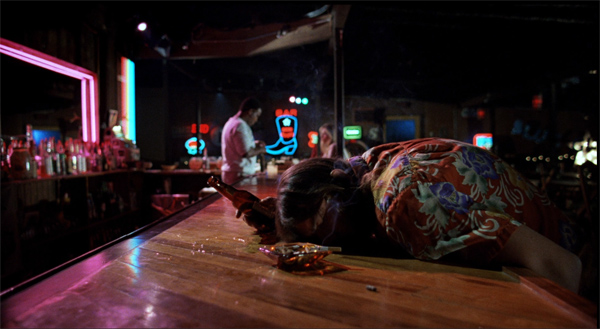 The Coens are also aware of our pleasure in their control. The characteristic Coen awareness, a sly recognition of letting the audience share their power over our access to the story world, is everywhere in evidence. I didn’t have time to mention the shot that everybody remembers, the tracking shot down the bar that simply lifts over the drunk sprawled on the bar top. We become aware of how the movie’s unfolding narration is absolutely ruling how we see this world, and the Coens make a gag out of it. Even the camera-god has a sense of humor.

If you have a chance to watch it, Jeff Smith, Kristin, and I hope you enjoy it–and, of course, the film, which is endlessly rewatchable.

As usual, thanks to the team at Criterion: Peter Becker, Kim Hendrickson, Penelope Bartlett, and their superb postproduction boffins. We recorded the commentary under Covid conditions, with the expert guidance of Erik Gunneson, Meg Hamel, and James Runde.

For more on the Coens’ mastery of storytelling technique, check out the analysis [6] of their fine The Ballad of Buster Scruggs.

You can sample other blog entries on mysteries and thrillers in several entries, in particular our discussions of Hitchcock [7] (of course), and the genre as a whole (here [8] and here [9] and here [10]). An early version of one chapter of my book in progress is devoted to the great Rex Stout [11]. Another chapter will revise what I said about [12]Gone Girl. I also discuss Hollywood’s approach to crime and mysteries in the book Reinventing Hollywood: How 1940s Filmmakers Changed Movie Storytelling. 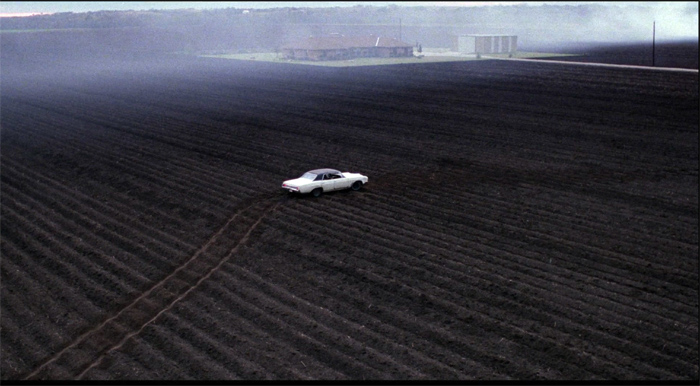