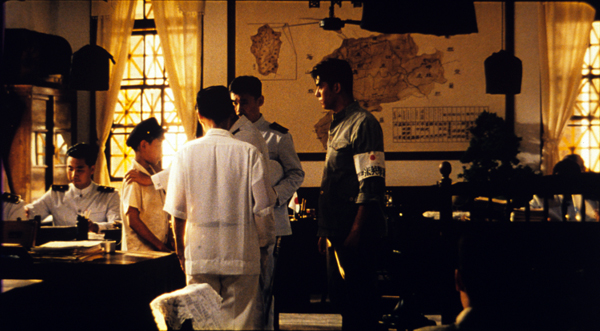 The Hou Hsiao-hsien seminar [2] held in Antwerp at the end of May was an event I was sorry to miss. The title announced a focus on Hou’s style of “just-noticeable differences,” a phrase I used to describe his rich and nuanced staging. Coordinator Tom Paulus assembled a stellar lineup of scholars [3]:

Cristina Álvarez López [4], critic and researcher, co-founder and co-editor of Transit [5] and frequent contributor to mubi [6].

Adrian Martin, [7] wide-ranging critic and scholar, whose recent book, Mise en scène and Film Style [8], made him a natural choice for this gathering.

Bérénice Reynaud, [9] expert on Chinese cinema and author of the first book on Hou in English, a fine monograph on City of Sadness [10].

Richard Suchenski, [11]coordinator of the major Hou retrospective now touring the world [12] and editor of a vast anthology  [13](discussed in an earlier post [14]).

But I had prepared a talk, dammit, and I chafed at the prospect of junking it.

The talk was called “The Drawer, Two Women, and the Little Toy Fan.” It centered on aspects of Hou’s 1980s and 1990s work that seemed to me to have influenced works by other filmmakers in the region. The talk ended with some speculations on developments in Hou’s own films over the last fifteen years.

Remembering that all redemption comes from the Web, I decided to put the thing up on our Vimeo channel. While fiddling with it, I realized that it was pretty narrowly addressed to Hou specialists. So I expanded it by offering more context and background, and gave it the unsexy title of “Hou Hsiao-hsien: Constraints, traditions, and trends.”

The lecture is available here on my Vimeo channel [24].

It can serve as an introduction to some ideas about Hou I floated in Figures Traced in Light. I’ve added comments on Hou films after Flowers of Shanghai, and I consider other filmmakers (Kore-eda, Tsai Ming-liang, Edward Yang) as well. It has pretty pictures, many drawn from 35mm prints.

I regret to report, though, that my voice-over narration, the first I recorded at home rather in a studio, is a bit ragged. And, sorry to say, the talk runs nearly seventy minutes. I take consolation in Adorno’s reply to someone who complained that The Authoritarian Personality was too long: “We didn’t have time to make it short.”

Thanks to Tom Paulus of the University of Antwerp and the Photogénie blog [25] for sponsoring the seminar. Thanks as well to Bart Versteirt and Lisa Colpaert [26] of the Vlaamse Dienst voor Filmcultuur vzw [27] and to Nicola Mazzanti of the Cinematek [28]. And of course I owe big thanks to Erik Gunneson of our department of Communication Arts who, as ever, helped me record and post the video lecture.

See our previous entry [19] for more information about events related to Hou’s visit to Belgium. Our site has other material on Hou here [29] and especially here [30] and here [31].

Here’s a good place to acknowledge what Abé Markus Nornes and Emilie Yueh-yu Yeh have done in making available their pioneering work on City of Sadness. Long ago they put up a fascinating website on the film, which they have now updated on several platforms. Staging Memories, the free interactive iBook [32] for Mac and iPad, can be downloaded from the Apple Bookstore. You can buy a paperback edition from Michigan Publishing here [33], and  the PDF version of that can be viewed for free here [34].

In the talk I mention how Hou’s work has affinities for the “tableau” style developed in the 1910s. This isn’t a question of direct influence, but an instance of convergence: Similar early choices in a process (long take, long shot, fixed camera) led to similar options and opportunities further down the line. (A case of path dependence [35] in film style?) You can find more on the tableau style in On the History of Film Style, Figures Traced in Light, and some entries on this site, particularly this one  [36]and these [37]. The tableau style is also discussed in another video lecture, “How Motion Pictures Became the Movies.” [38] 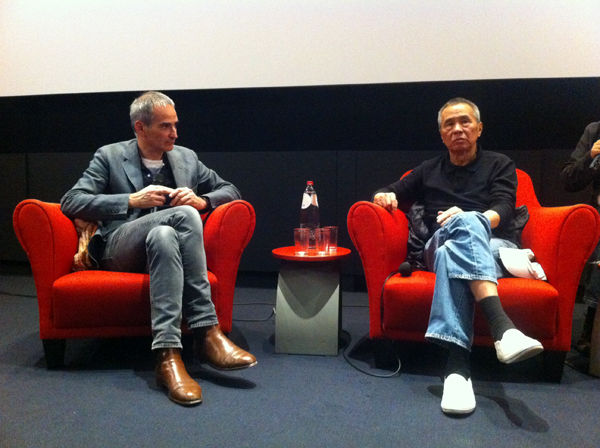