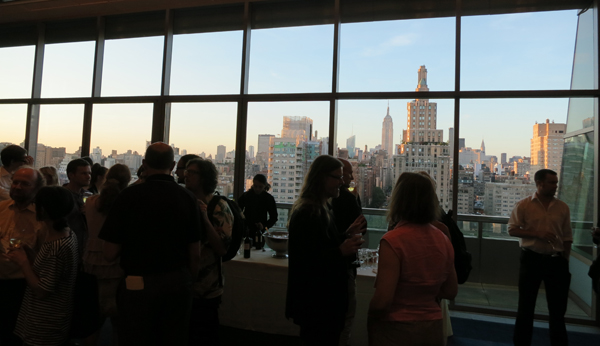 The final SCSMI 2012 banquet, held on the tenth floor of the NYU Kimmel Center for University Life, Rosenthal Pavilion.

Most years I offer an entry recording some events at the annual meeting of the Society for Cognitive Studies of the Moving Image [2]. We did hold our conference [3]–and a swell one it was, starting Wednesday at Sarah Lawrence College and wrapping up at the Cinema Studies department of New York University last Saturday. I heard many excellent papers and panel discussions. (The schedule is on a pdf here [4].) The event was also graced by keynote lectures by Alva Noë [5] and Noël Carroll [6], and a night of splendid, eye-warping films by Ken Jacobs [7], no stranger to this blog (here [8] and here [9] and here [10]). Malcolm Turvey of Sarah Lawrence and Richard Allen of NYU did an excellent job of coordinating the SCSMI event.

But I can’t offer my usual conference roundup this time. Kristin and I just got back last night, and we have only three days in Madison before taking off for Il Cinema Ritrovato [11]. In those three days we have a hell of a lot to do, including setting me up for Medicare (!), as I’ll turn 65 during our trip. But I did want to supplement a small runup piece [12] to the conference a couple of weeks back. 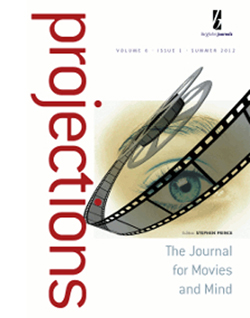 [13]A few days after that post, I received the most recent issue of Projections, a journal with which SCSMI is affiliated. It’s stuffed with worthwhile pieces: Gerald Sim’s overview of the digital revolution (if any) in cinematography; Barbara Flueckiger’s essay, “Aesthetics of Stereoscopic Cinema”; Mark J. P. Wolf’s study of imaginary worlds on film; and James E. Cutting, Kailin L. Brunick, and Jordan DeLong’s correction of one claim they made about shot lengths and film acts. (Kristin discusses their project in this entry [14] from last year.)

As if all this weren’t enough, the issue includes a lively and probing roundtable on Continuity Editing, with a superb synoptic article by Tim Smith summing up his eye-tracking research. (His study of There Will Be Blood is our now-classic guest blog [15].) Tim’s article is an ideal introduction to his wide-ranging research program. Several other scholars comment on Tim’s “attentional theory of continuity editing”: Paul Messaris, Cynthia Freeland, Sheena Rogers, Malcolm Turvey, Greg Smith, and Daniel T. Levin and Alicia M. Hymel. Tim replies to their criticisms in a follow-up piece. This sort of dialogue occurs very rarely  in film studies, and it’s to be applauded. I think such serious and courteous exchanges are the mark of a mature, or at least maturing, discipline.

You can learn more about Projections here [16] and read a sample issue here [17].   If your library doesn’t subscribe, maybe you can hint that it should. Although it’s hard to determine the image format of the swirling filmstrip on the cover (image ratio and perfs are puzzling), note that at least it is film.

I learned so much from this year’s get-together that you shouldn’t be surprised if pieces of it float into upcoming blog entries. And in 2013, there’s always Berlin. 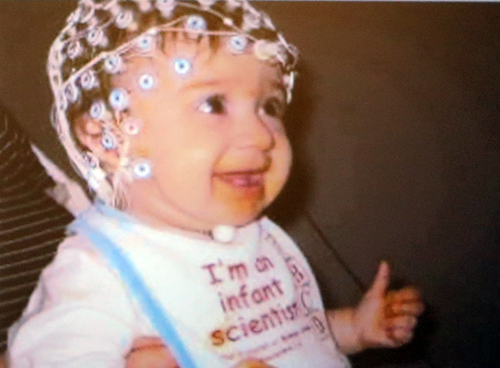