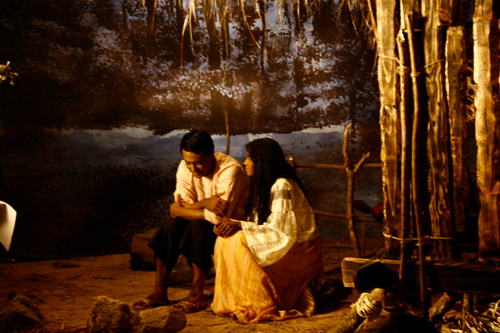 I received the newest Cinema Scope after we had posted our book roundup last week. Awkward timing, but I can still alert you to this splendid effort. In the tradition of Cahiers du cinema (every film magazine wants to be Cahiers), this enterprising Canadian journal has celebrated a benchmark issue with a compendium–issue 50 devoted to 50 filmmakers (all under 50).

It’s a gimmick, but a good one, and of ancient lineage. Cahiers and other French journals established an admirable tradition of obsessively gathering brief entries on filmmakers under a thematic rubric. (The organizing principle: alphabetical order.)  In this contribution to the tradition, Mark Peranson, Andrew Tracy, and the rest of the Cinema Scope équipe have outdone themselves. 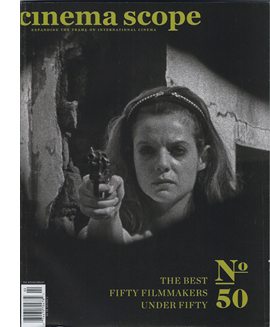 [3]This sort of thumbnail catalogue works best when encapsulation is kept to the scale of American menu squibs, or even fortune-cookie apothegms. The phrases don’t have time to turn gently, so they careen. Tony Rayns on Jia Zhangke:

With a sensibility pitched at the exact mid-point between Robert Bresson and Arthur Freed….

Brit-born Paul W. S. is the elder, least pretentious, and most consistently amusing Anderson of the current director trifecta: its termite artisan.

He’s at his best when there’s the least mess.

It’s not all praise, either. Adam Nayman contributes a vinegar-doused write-up of Paul Thomas Anderson,  although he likes one cut in There Will Be Blood. Alex Ross Perry finds that Fincher’s latest work is uninspiring, but at least now “he can screw around all he wants.”

As if this weren’t enough, filmmakers (another Cahiers tradition) add their voices, and images, to the chorus. So there are Weerasethakul on Lucrecia Martel, Ben Rivers on Bertrand Bonello, James Benning on Sharon Lockhart, and Albert Serra on Zhao Liang, among others.

One purpose of such a Baedeker’s is to alert you to new work. I counted a dozen directors I hadn’t heard of, and another four or five whose films I hadn’t seen. But this kind of enterprise has long-range impact too, especially right now. Cinema Scope 50-50-50 is a bracing psychic antidote to the usual complaints about today’s empty, worthless cinema, and its inferiority to the dazzlement on view on HBO and AMC. For a recent example of this litany, see Wolcott [4], who yearns for the days of  An Unmarried Woman. Projects like the Cinema Scope celebration lift your eyes to the horizon. You can start to believe in cinema’s future.

Are these directors marginal? Not really. The fretful, wayward margins can, when they hit critical mass, become a mighty phalanx. That’s what happened with auteurs in studio Hollywood, art-house movies in the 50s and 60s, new and young cinemas thereafter, etc. The future often lies on the periphery.

We get all this, along with the usual provocative columns by Cinema Scope regulars Peranson, Picard, Rosenbaum, Möller, and Stephens; a sort of storyboard for a new Benning project; Denis Côté musing on his Bestiaire; Hubler’s encyclopedic tribute to Sherlock Holmes movies; an interview with Hoberman (“The decline of the Voice has been going on longer than the death of cinephilia”), and much more. Even the ads are intriguing.

Sooner or later, you know you will obtain this. Why not now? A mere $5.95 Canadian, almost exactly the US price, at least today. This issue is so new that it apparently hasn’t been registered on the website yet, but go there [5] anyway. You might as well subscribe. 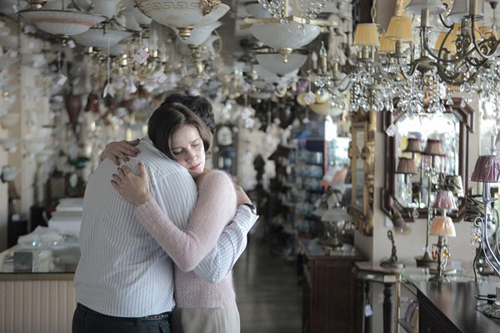