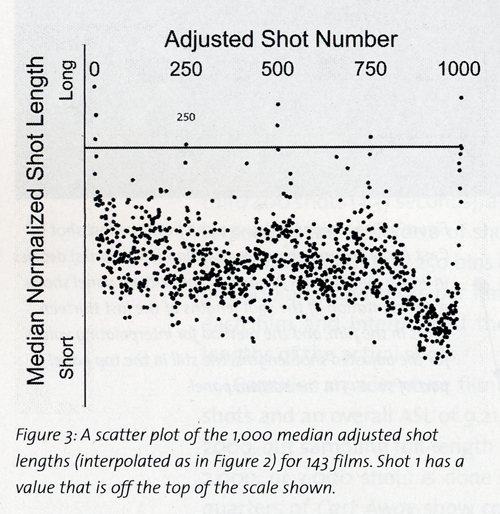 The annual meeting of the Society for the Cognitive Study of the Moving Image [2] is currently taking place at Elte University [3] in Budapest. It runs from June 8 to 11. It must have started off very well. Barbara Flueckiger posted this comment on the opening keynote address on Facebook: “Just attended an absolutely fascinating and inspiring talk by Talma Hendler, a professor of psychiatry and neuroscience: ‘Brain Shows Where the Drama Is. A Call for an Empirical Neurocinematic Agenda.'”

Last week David posted a new web essay [4] on “common-sense film theory” as a way of participating from afar in the work going on in Budapest. Now it’s my turn to post a SCSMI-related item.

The mirage of the second-act desert

Twelve years ago I published Storytelling in the New Hollywood (Harvard University Press). It included a claim that most classical Hollywood feature films have four acts, lasting roughly 25-30 minutes each, adding up to a film of from 100 minutes to two hours. This claim ran counter to the old notion, popularized by Syd (Screenplay) Field, that Hollywood movies (and, according to Field, all feature narrative films) have three acts of 30, 60, and 30 minutes respectively.

My book analyses ten films in detail, dividing them into their four parts: Setup, Complicating Action, Development, and Climax (usually including an epilogue). I also have an appendix listing ninety additional films that I timed by large-scale part, ten for each decade from the 1910s to the 1990s. My conclusion was that most of these films stuck to the four-part structure with each part within five minutes either way of lasting a half-hour. Some of the exceptions were actual three-act films (e.g., Adam’s Rib) and others were longer films. Amadeus, one of my ten main examples, is 160 minutes long and has five large-scale parts. (“Large-scale part” was the rather cumbersome term I employed in the book, trying to avoid the misleading word “act.” I have to admit though, that there’s little chance of people discontinuing “act” and switching to “large-scale part.”)

I also defined the “turning point” that Field says divides acts more concretely than he does, specifying that it usually results from moments when the main characters formulate or modify the goals that drive the narrative forward. (I expand upon the relationship of goal shifts and turning points in a previous entry [5].)

Unlike Field and other screenwriting “gurus,” I allow for exceptions to my four-part schema. The Pink Panther doesn’t have a turning point until over 52 minutes in; the lengthy early part of the film consists of a bedroom-farce situation of male sexual frustration that makes absolutely no progress toward the putative subject of the film, the theft of a valuable jewel. As far as I can tell, It’s a Mad, Mad, Mad, Mad World has no turning points at all. I remember thinking it was quite funny when I saw it as a child.

Some screenwriters have read the book, and some who teach screenwriting courses assign it as a textbook. At least it’s still in print, which is something to be grateful for at my age.

Since the book was published, it certainly hasn’t knocked out the conventional view that films have three acts. Not infrequently I read a review in Variety or another specialist journal that refers to the last quarter of the film as the “third act.” The idea that films fall into chunks lasting 30 minutes, 60 minutes, and 30 minutes, no matter how counterintuitive or inaccurate, is too entrenched to be dislodged, apparently.

Still, I have the consolation that I’m apparently right. Other people have tried out my claim and found it to work. Creative Screenwriting gave a very kind review to my book (in its March/April 2002 edition, not online). D. K. Holm, the reviewer, was inspired to test out my system on the next three films he saw in theaters. He declared that it worked as predicted for The Shipping News, In the Bedroom, and even Ali, a five-act film. (My claim is that longer films don’t stretch their four acts. They add more, roughly 30 minutes long, for every half hour beyond the standard two-hour feature. Roughly half an hour apparently seems to create a pleasing balance as far as Hollywood practitioners are concerned—whether they’re aware of it or not.)

Now James E. Cutting, whom we enjoyed meeting and talking with at last year’s SCSMI conference (David devoted part of his report on the conference [6] to James’s work), has collaborated with two of his graduate students, Kaitlin L. Brunick and Jordan E. DeLong, on a quantitative study related to Storytelling. They set out to test the whether the four large-scale parts of a classical film are reflected on the stylistic level. Specifically, do shot lengths and the use of non-cut shot transitions (fades, dissolves, and the like) vary in a patterned way across or among the parts?

It’s exciting to see cognitive scientists study claims that I’ve made on the basis of close film analysis. David has had his claims about staging and attention in There Will Be Blood [7] confirmed by Tim Smith’s eye-tracking research [8] on the same sequence. Now the results of Cutting, Brunick, and DeLong’s work relating to the four-part structure have been published in Projections [9] (Vol. 5, issue 1, Summer 2011), subscriptions of which are included in SCSMI membership. Luckily I didn’t know this article was on the way, or I might have been in some suspense to find out whether my model worked. (This and other articles on film are also available online, linked from this page [10] that lists the work on film published by James and his colleagues.)

As the authors’ starting point, they accepted my four-part structure. Or as they put it:

We find Thompson’s argument persuasive and her data remarkably clean. Nonetheless, the division into acts is built on a detailed analysis of the narrative, and we work from the physical properties of film. Many observers might agree on act divisions, but these divisions would not necessarily be reflected in any physical measure of a film’s shots and transitions. Thus, without prejudice as to what we might find, we sought data in shot lengths and in shot transitions that might corroborate Thompson’s analysis. (p. 4)

The team used 150 films they had previously studied in their work on editing patterns and their possible correlations to human attention. Of these, some were eliminated because they were too long, so that the statistical work could concentrate on films with four parts. I cannot claim to be able to follow all the statistical manipulations the data from these films were put through—though I can tell from the information in the footnotes that the degree of probability for some of their results indicated an amazingly small chance of error.

The figure at the top is a “scatter plot” of shot lengths for 143 Hollywood films from the period 1935 to 2005. These figures have been statistically adjusted in ways that allow the films to be compared despite their differing lengths. (I have no idea how this sort of thing is done. You’ll have to see the explanation in the article.)

One striking revelation of this chart is that the lengthiest shots in the films occur at the beginning, end, and at the one-quarter, two-quarter, and three-quarter points. Moreover, the “scallop” pattern of rising and falling average shot lengths shows a “tendency toward intensification of films near the middles of acts, where shot lengths become slightly shorter.” The ASLs were found to be as much as 1.1 seconds shorter than in the early and later portions of the acts.

Luckily I was right about the four parts. But beyond that the authors came up with results supporting my claims about the functions of the plot’s third part, the Development. Here’s how.

As part of the study, the authors tackled the question of where non-cut shot changes fall in relation to the quarters of films. Non-cut changes are fades, dissolves, and the like. It turns out, not surprisingly, that quite a few of them come early on, since the exposition may move among time and places setting up the basic premises of the narrative. But the rest tend to come in the third quarter, the Development. That makes sense to me. By my definition, the Development is essentially the stretch of action where most of the major premises, goals, and obstacles have been established. Before the climax can begin, the protagonist usually struggles against obstacles, usually provided by the antagonist. Often relatively little happens in the Development to forward the action, at least in comparison with the other three parts. At the Development’s end, some vital last premise is introduced that allows the action to move into the climax portion, where the plot moves forward relatively quickly and no more major premises are introduced.

The Development might contain extra fades and dissolves for two reasons. First, a surprising number of films have a montage sequence shortly after the middle turning point. The one depicting Michael Dorsey’s rise to fame as Dorothy Michaels in Tootsie is one such. Second, since the Development often is the section where time passes until the point where the climax can begin, one would expect fades or dissolves to cover temporal gaps. I’d have to go back and watch a bunch of films to confirm those hunches, but they seem logical.

My main purpose in writing Storytelling in the New Hollywood was to show that the principles of classical narrative construction formulated in the 1910s and used throughout the studio era are still operative today. Despite film reviewers’ complaints that action and special effects have come to substitute for story appeal in modern mainstream films, the kinds of films they find so shapeless do usually stick to the same four-part structure, contain goals and conflict and the rest of the principles that have been in effect for decades. Cutting, Brunick, and DeLong’s work bolsters this claim about classical narrative’s stability over time. They find that “there are no obvious differences in these patterns for films of different eras.” (p. 8.)

This issue of Projections has other articles applying a cognitive-science approach, and with luck future issues may contain some of the papers we have been unable to attend at this year’s conference.

James, Kaitlin, and Bradford have set up an online overview of their research in progress, “Shot Structure and Visual Activity: The Evolution of Hollywood Film.” [11] The graphics and type are quite small, but right-click on the page and click “Marquee Zoom,” which brings up the little magnifying glass that allows you to enlarge it multiple times.

For online applications of the idea of four-part structure, see David’s essay on [12]Mission: Impossible III [12] and his blog entry on [13] Source Code [13]. 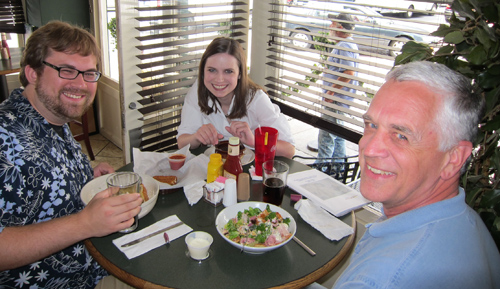