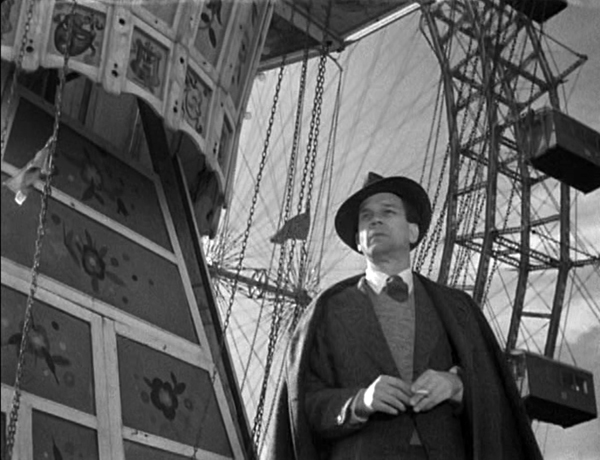 En route to Bologna’s Cinema Ritrovato [2], Kristin and I paid a visit to this wonderful city. We wandered around, stomped through museums, ate tasty food, and saw a bit of the city’s film culture. 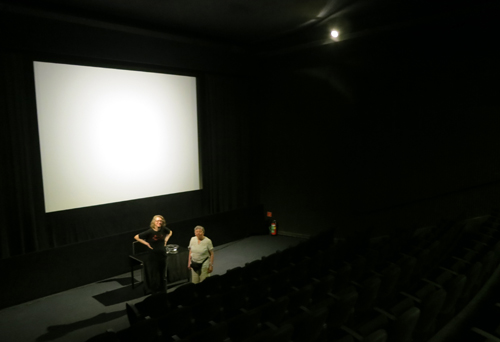 Our first stop was the Austrian Film Museum [4]. Founded in 1964 by the avant-garde filmmaker Peter Kubelka, the Museum has built up a collection of over 30,000 films. It contains a fine film theatre with features of the “Invisible Cinema” [5] (above) that Kubelka and Jonas Mekas set up in Anthology Film Archive many years ago.

The Museum has been a pioneer in producing outstanding books [6] and DVD editions [7]devoted to an eclectic array of filmmakers (James Benning [8], Hou Hsiao-hsien [9], Straub/Huillet [10], Joe Dante). Exceptional as well are the Museum’s online offerings [11] of films, clips, images, and paper documents.

Our host was our old friend, the ebullient curator Christoph Huber. Here he is with his colleagues Alexandra Thiele and Jurij Meden. 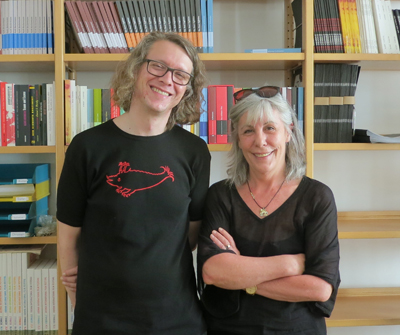 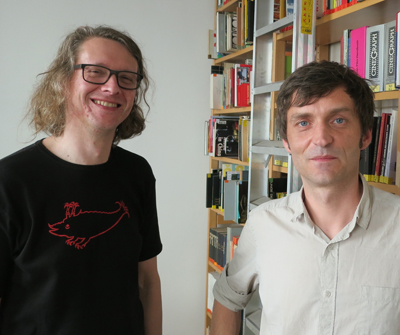 We didn’t have a chance to visit the classic Stadtkino [14] in the same neighborhood, nor did we check out the highly esteemed Austrian Film Archive.  [15]But I did mosey down to the Gartenbaukino [16], a big, beautiful modernistic venue. 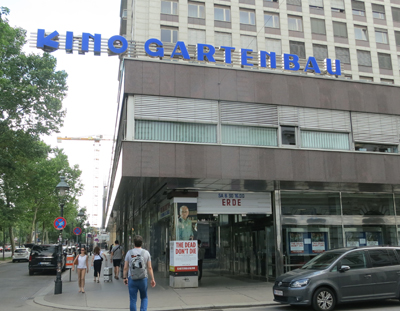 Built as a ballroom that occasionally screened films, the Gartenbau was made a permanent cinema in 1919. In 1960, after being redesigned by Robert Kotas, it opened as a showcase for widescreen motion pictures. 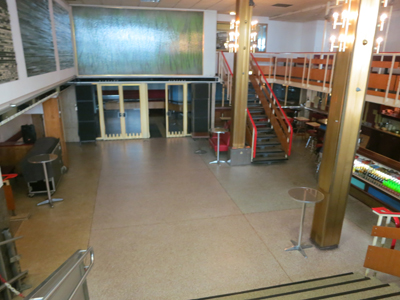 It’s now said to be the biggest theatre in Austria, with over 700 seats. Note the rising curtain, said to be a rarity these days. 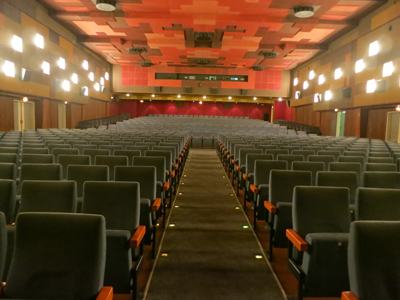 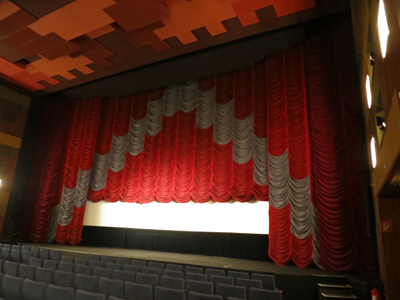 The Gartenbaukino is equipped to project not only digital and 35mm but also 70mm. Managing Director Norman Shetler notes that it was the first Austrian theatre to boast large-format projection (for Spartacus) and was adapted for Cinerama as well.

More recently, the Gartenbau reactivated its 70mm equipment to show The Hateful Eight. The Phillips DP70 projectors now screen wide-gauge classics like Lawrence of Arabia and The Sound of Music. Picture and sound were excellent for The Dead Don’t Die, so I bet 70mm shows here are fantastic. Like the Stadtkino, the Austrian Film Archive, and the Film Museum, the Gartenbau is a venue for the city’s annual film festival, the Viennale [21].

Prater, not so violet 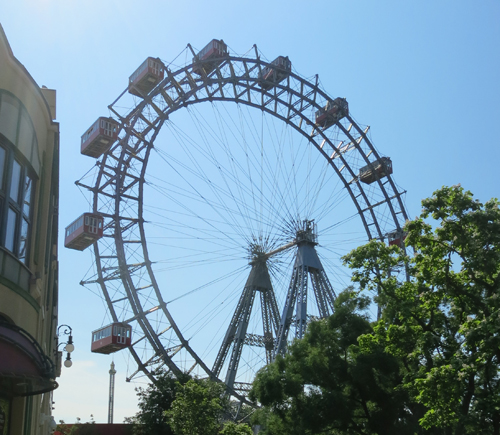 Plenty of movies have been set in Vienna, most notably The Joyless Street, Merry-Go-Round, Letter from an Unknown Women, and Amadeus. But for movie nerds the most flagrant example is The Third Man (1949). And Vienna hasn’t forgotten what this movie did for its local landscape, not least the amusement park set within the vast and beautiful park known as the Prater.

Said to be the oldest amusement park in the world, the Prater ‘s entertainment sector contains attractions that are shiny and enjoyable old-school rides: roller coaster, loop-the-loop, tilt-a-whirl, haunted house. There are shooting galleries, ice-cream stands, and even a Madame Tussaud’s.

But of course the looming attraction is the great Ferris wheel that Holly Martins (Joseph Cotten) and Harry Lime (Orson Welles) share during their ominous reunion. I’m sure I’m not the only viewer who always expects Harry to try to throw his old friend out of the cabin. 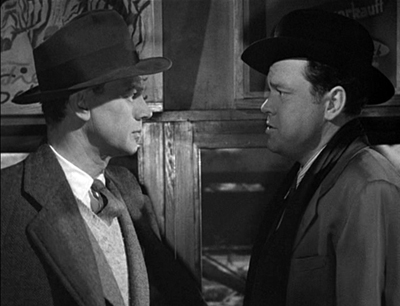 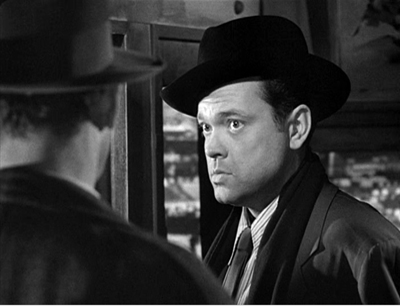 The big wheel has been declared a site of European film culture and decorated with a more or less accurate image of the coy Lime.

My ride in the wagon was gentle and elating. I tried to replicate Harry’s POV on the “ants” below, whose lives, he says, can’t matter much. 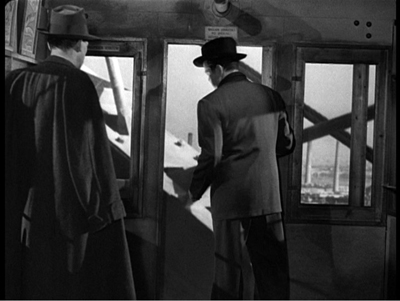 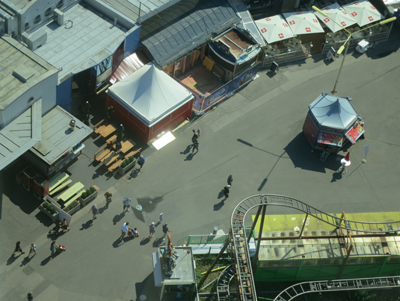 A studio-based version of the Prater featured in the now mostly lost Josef von Sternberg film, The Case of Lena Smith (1929). 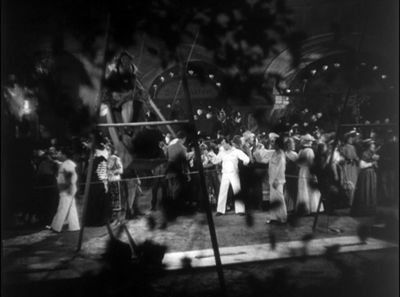 Oh, yeah–we also paid a visit to a street named for one of my favorite auteurs. See below.

Next up: Bologna’s Cinema Ritrovato!

For information about Viennese film culture, thanks to Christoph Huber, his colleagues, and the indefatigable Ted Fendt. Thanks as well to Norman Shetler and two staff members at the Gartenbau cinema.  Christoph, by the way, is an exceptional critic. You’ll learn from reading his essays in Cinema Scope [29]. 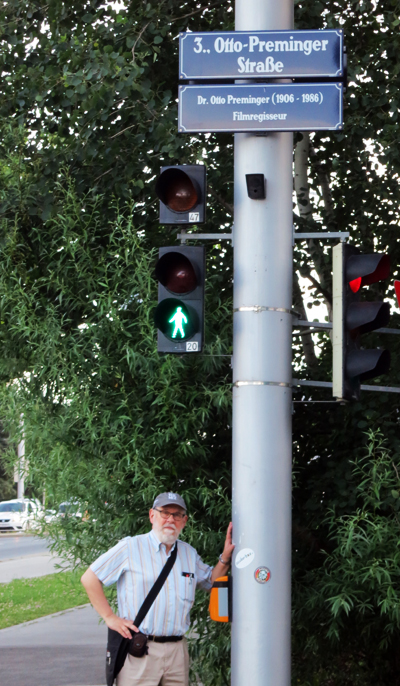