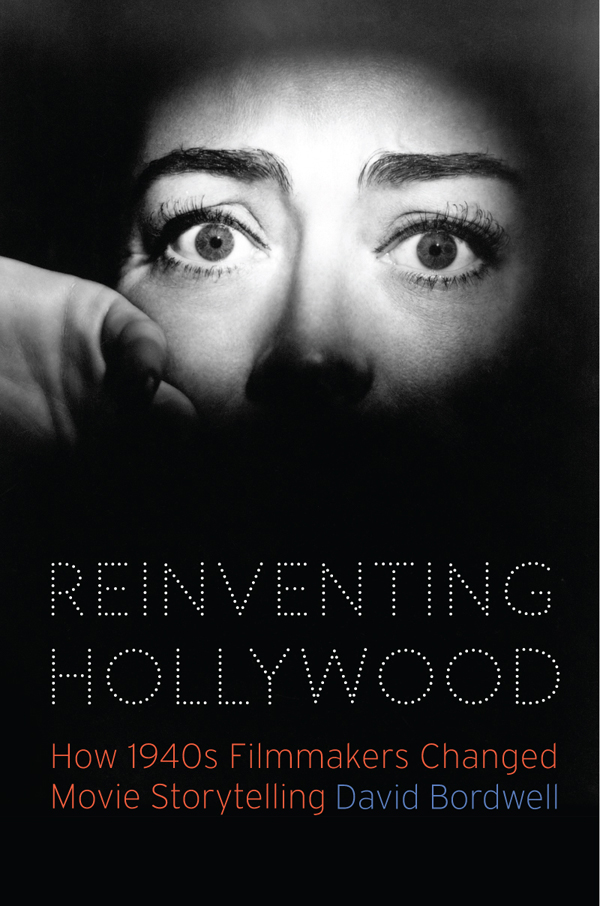 The University of Chicago Press has come up with a cover for my new book, due in September. It’s a bit in-your-face, but I guess that suits the subject. I just hope it doesn’t predict readers’ reactions to the text.

Here’s a version of the jacket copy.

Early in the 1940s American movies changed. Flashbacks began to be used in outrageous, unpredictable ways. Soundtracks flaunted voice-over commentary, and characters might pivot from a scene to address the viewer. Incidents were replayed from different characters’ viewpoints, and sometimes those versions proved to be false.

Films now plunged viewers into characters’ memories, dreams, and hallucinations. Some films didn’t have protagonists, while others centered on anti-heroes or psychopaths. Women might be on the verge of madness, and neurotic heroes lurched into violent confrontations. Combining many of these ingredients, a new genre emerged—the psychological thriller, populated by women in peril and innocent bystanders targeted for death.

If this sounds like today’s cinema, that’s because it is. In Reinventing Hollywood, David Bordwell examines for the first time the full range and depth of trends that crystallized into traditions. He shows how the Christopher Nolans and Quentin Tarantinos of today owe an immense debt to the dynamic, occasionally delirious narrative experiments of the Forties.

Bordwell examines how a booming movie market during World War II allowed ambitious writers and directors to push narrative boundaries. Those experiments are usually credited to the influence of Citizen Kane, but Bordwell shows that the experimental impulse had begun much earlier.

Many of the general strategies had been explored in the silent era, but they had gone into eclipse with the coming of sound. Meanwhile, similar techniques were surfacing in radio, fiction, and theatre and soon migrated to cinema. It was during the 1940s that filmmakers had the opportunity to consolidate these storytelling ideas and press them to new limits.

Despite the postwar recession in the industry, the momentum for innovation didn’t slacken. Some of the boldest films of the era came in the late forties and early fifties, as filmmakers sought to outdo their peers.

Through in-depth analyses of films both famous and virtually unknown, from Our Town and All About Eve to Swell Guy and The Guilt of Janet Ames, from film noirs to Disney animation, Bordwell assesses the era’s unique achievements and its legacy for future filmmakers. The result is an in-depth study of how Hollywood storytelling became a more complex art.

I was lucky in my outside readers, who offered me many good suggestions for improving the book. They were also kind enough to say nice things about it. Here’s Malcolm Turvey [2], a major scholar of the history of experimental film:

In addition to the almost unparalleled breadth and depth of his research, Bordwell’s love of and admiration for the period’s formal experimentation and risk-taking comes through on every page. His exuberance is infectious…. Just as importantly, I know of no other work like this in my field due to its strikingly novel view of creation in popular culture.

Similarly, James Naremore [3], distinguished critic-historian of Hollywood, gave me confidence in what I was doing with comments like this:

[This is] a remarkable book that I recommend unreservedly for publication. The manuscript was a special pleasure to read because, like Bordwell, I’m a great fan of the studio pictures of the 1940s, which in my opinion are the beating heart of American cinema. No other critic or historian has come close to the sort of comprehensive discussion Bordwell gives of the period. . . . Despite all this, there isn’t a whiff of academic or belles-lettrist pretention in his writing. Like The Rhapsodes, his recent Chicago book about film criticism in the 1940s, this manuscript is not only lucid but also witty and engaging, written with flair. 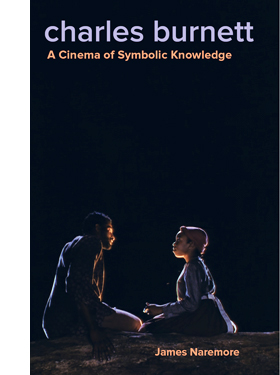 [4]Speaking of covers, check out the one adorning Jim’s forthcoming book on Charles Burnett.

In a future entry I’ll post the table of contents, but if you want to get the flavor of what I’m doing, you could look at these blog entries: “Chinese boxes, Russian dolls, and Hollywood movies” [5]; “They see dead people” [6]; “Dead man talking” [7]; “Innovation by accident” [8]; and of course the entries on The Chase starting here [9]. For arguments about the continuity of Forties strategies in current film, there’s “The 1940s are over, and Tarantino’s still playing with blocks,” [10] as well as this recent entry [11]. For a complete inventory, check the category “1940s Hollywood.” [12]

Reinventing Hollywood will be published in hardcover first, paperback later. As a reader, I usually don’t favor this policy, but in this case the price is decent ($40) for a book of 160,000 words, 550 pages not counting the index, and many pictures. It can be preordered here [13].

And yes, there will be a website with clips, so you can follow along with the book’s discussions. 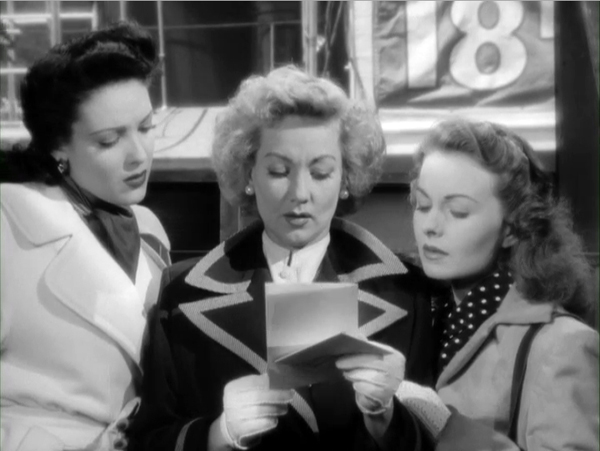