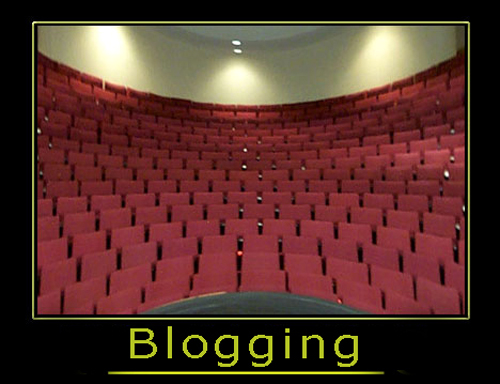 Update: Back in the spring we announced [2] that the University of Chicago Press will be publishing a collection of our blog entries. Now that volume is in press and has a title: Minding Movies: Observations on the Art, Craft, and Business of Filmmaking. We’re due to see page proofs soon, and the plan is for the book to appear in April.

Every now and then our editors at McGraw-Hill, the publisher of Film Art: An Introduction, pass along some interesting feedback from users of the textbook. Recently we learned that a professor started using Film Art as a result of reading our blog. One person mentioned having the students follow the blog’s current offerings during the semester. Some recommend specific entries to their classes. Still others use the information we supply in creating their lectures. A few say they don’t incorporate the blog into their courses but would like to start doing so. That’s all good news to us. Although “Observations on Film Art” aims at a general readership, we also hope that our writings about the art, the industry, and the technology of cinema provide a resource for teachers in high schools, colleges, and universities.

Now it’s that time of year again, when professors polish up their syllabi for the beginning of a new semester. It has been a year since the last version of our series “Is there a blog in this class?” appeared. Here we offer some

[3]suggestions as to how the entries of the past twelve months might be useful in teaching. And for those of you general readers who have just discovered the blog, the following could serve as a handy guide in exploring more of its riches. Past entries can be found here [4], here [5], and here [6].It’s a huge site by now, though. This is our 356th entry! We’ve recently added a lot of categories to the menu on the right-hand column, but a lot of entries don’t fit neatly into a single category. So, as usual, I’ll go through chapter by chapter and point out entries from the past year that might be relevant.

Nearly everybody over 20 complains about Hollywood’s summer blockbusters with their multi-hundred-million-dollar budgets. But should they? Patriotic filmgoers might be surprised to learn that few products do so much good for our country’s lackluster balance of trade. See “Don’t knock the blockbusters.” [7]

The release of Godard’s challenging Film socialisme on the festival circuit gave us an occasion to discuss the variety of venues in which different sorts of films are exhibited in “It takes all kinds [8].”

This is the chapter where we talk about the kinds of meaning that we can attribute to films, including symbolic meanings. Whether you want to encourage or discourage your students from hunting for them in films, “Between you, me, and the bedpost [9]” offers one take on the subject. Warning: it’s risqué—though in this day and age, only slightly.

It’s not an entry for beginning students, but grad students might be interested in “Now you see it, now you can’t [10].” It’s a report on how scholars are studying the ways in which we perceive movies and react to them emotionally.

“Watching a movie, page by page [11]” examines the novels The Girl with the Dragon Tattoo and The Ghost Writer to see whether the “acts” (or large-scale parts) of films can be found in the literary version. Of interest for teaching large-scale segmentation or if your course has a unit on adaptations.

“No coincidence, no story [12].” The title pretty much tells it all. Coincidences supposedly have no place in tight storytelling, and yet there are more of them in films than one might think. How do filmmakers get away with them?

Even as summer ends, discussion and disputation concerning Inception is still all over the internet. Our own entry on the subject was “Inception: Dream a Little Dream within a Dream with Me [13].” We didn’t try to do a neat, unified essay on the film, so it doesn’t fit well with Film Art‘s Chapter 11, our collection of film analyses. But we discuss topics that relate to this chapter: exposition, motivation, and embedded plotlines. We wrote a follow-up, “Revisiting Inception [14],” commenting on what Christopher Nolan had said about the film in interviews. This entry also compares Inception‘s narrative strategies with those informing Memento and The Prestige; the latter film receives several pages of analysis in the ninth edition of Film Art.

We don’t often get a chance to write about set design, but art director William Cameron Menzies didn’t just design sets. He designed shots. He especially liked to create environments that almost forced the director to stage

[15]in depth. (This entry is also pertinent to the deep-focus section of Chapter 5.) See “Foreground, background, playground [16],” which is a teaser for a longer essay, “William Cameron Menzies: One Forceful, Impressive, Idea [17].”

Every now and then an actor who has provided the motion capture for a digital film character is praised highly and mentioned as a possible candidate for an Oscar nomination. But where do the actor’s performance leave off and the special effects begins? We consider the question in “Motion-capturing an Oscar [18].”

We often find Film Art users saying they want more on acting. Our entry “The Cross [19]” is about a kind of staging which seems to have been forgotten in this era of rapid cutting and close framing. This analysis provides a way of studying acting, since staging is one important component of performance.

Speaking of staging, we have long urged people to study the resourceful blocking of actors in the supposedly “boringly theatrical” films of the 1910s. “Nordisk and the Tableau Aesthetic [20]” argues that the great Danish studio of the period harbored several directors who made subtle use of staging within the single fixed shot.

Master cinematographer Steven Box (Donnie Darko) lectured in Madison, and we blogged on his discussion of various aspects of film lighting, many of which tie in beautifully with what we say on the subject in Film Art. See “Light is a law [21].”

Looking for a way to get students interested in the long take? Maybe show them the films discussed in “2-4-6-8, whose lipdub do we appreciate? [22]” Not only are they amazing pieces of amateur filmmaking by high-school kids, but they actually fit into a proud old tradition of cinematic technique.

Most feature films nowadays are wide-screen productions, and it’s useful to consider how compositions can be handled in the wide format. Some possibilities are discussed in the second half of the web essay, “Another Shaw Production: Anamorphic Adventures in Hong Kong [23].”

“Seed-beds of style [24]” takes a close look at a technique called “axial cutting,” that is, editing that moves straight to a closer view—and often to a third, even closer one—without a shift of camera angle. The survey covers the history of the cinema and reveals that a technique that started in the 1910s is used a lot for The Simpsons. This entry also makes some pedagogical points about teaching a course on the history of film style.

Film is a visual art, so filmmakers should try to make the images carry the story, right? Not necessarily. Lengthy monologues can be cinematic, too, as we argue in “Tell, don’t show [25].” This entry could be used for studying dialogue, but it provides some good examples of sustained acting as well. Moreover, although the scenes involved aren’t long takes, they provide good examples of very slow editing rhythms.

Interesting style is where you find it. In “Daisies in the crevices [26],” we take the occasion of Turner Classic Movies’ screening a bunch of restored Columbia low-budget films of the 1930s to reveal some unexpectedly 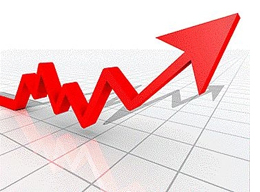 The Akira Kurosawa centenary has come and gone, but it has left nearly all of his films available on DVD. In “Kurosawa’s Early Spring [28],” we talk about some distinctive traits of his early style. Handy for teaching style in general or as an example of an auteur’s characteristic traits.

We’ve run across some teachers who make comparisons between graphic novels and movies in their classes. If you’re one of them, have a look at “Tintinopolis [29],” an analysis of the cinema-like style of Hergé.

Several of the entries already mentioned comment on genre conventions. The most extended discussion involves romantic comedy but touches on melodrama too (“No coincidence, no story [12]“).

“Sticky splices and hairy palms [30]” does double duty. We talk about the stylistic traits of experimental films that offer challenges to archival restoration and also about some worthy but little-known films from the Los Angeles avant-garde of the 1960s and 1970s.

Animated features are becoming ever more popular, given their financial success and broad appeal. 2009 was a particularly good year for such films, and we survey the best in “The other expanded Oscar categor [31]y.”

The last year has seen a lot of teeth-gnashing about the supposed decline of serious film criticism caused by the internet. We have weighed in on this controversial topic in “Film criticism: Always declining, never quite falling [32]” and “Glancing backward, mostly at critics [33].” Historically, film styles have influenced much later filmmakers. Two of the movements we discuss in this chapter, German Expressionism and French Impressionism, have had a big impact of the style of one of the New Hollywood directors, Martin Scorsese. We demonstrate how in “Scorsese, ‘pressionis [35]t.”

Speaking of German Expressionism, the new, nearly complete version of Metropolis gave us an opportunity discuss how the latest restored footage affects this familiar classic, “Metropolis unbound [36].” We also examine an old warhorse and point out what’s interesting about it in “Der Golem: Revisiting a classic [37].”

Looking for good silent films that might actually convince your students that old films are worth watching? Every year we avoid posting a 10-best list of current films and instead concoct one for the year ninety years before. Our latest is “The best ten-plus films of …1919 [38].” Most of this batch are available on DVD.

Some of the greatest silent filmmakers have recently been given the royal treatment on DVD. For information on new discs of Méliès, Lubitsch, and Vertov films, see “DVDs for these long winter evenings [39].” More recently, Von Sternberg got similar attention, as related in “Never too late silents [40].”

Teachers who use DVD commentaries in class or in preparing lectures may waste time sorting out the good from the bad. In “I am not Carl Dreyer, and I should shut up [41],” we recommend a particularly good one: director Guillermo del Toro (Pan’s Labyrinth, Hellboy) talking cogently about Carl Dreyer’s great horror film, Vampyr. He has some things to say that fit in well with Film Art’s analytical approach, such as “It is foolish to try to decode the symbols in Vampyr. It is important to understand the rhythm and the repetition of them.”

DVD making-of supplements can provide excellent teaching tools. On the other hand, those supplements can be mostly mutual praise-fests for the people involved in the film. Every now and then we write about the ones that seem solidly useful, the latest entry being “Beyond praise 3: yet more DVDs that really tell you something [42].” (We don’t include commentary tracks or we would be spending our entire lives on these entries.) We also warn about a few supplements that aren’t worth checking out.

Have a great school year!