Last summer, in hope of reviving spirits in these times, I ran a series of clips [2] I admired for their ability to arouse and energize. They created a sort of disciplined exhilaration through adroit editing, camerawork, and music. They reliably gave me a lift, and maybe you too.

Now, in the Caligula phase of Trump’s presidency, it seems appropriate to pay my respects to a masterpiece of engaging agitprop. I’ve registered my reservations about the Lincoln Project [3] in an earlier entry [4], but there’s no denying that these walking wounded of right-wing partisanship have recruited some very talented filmmakers. Their “Covita” assemblage [5] was superb, and they have outdone themselves with this morning’s triumph.

Experience it–but then we should study it.

It’s an excellent example of what we call in Film Art associational form–a blending of images, sounds, and texts to imply ideas and provoke feelings, in the manner of lyric poetry. The text itself is a lyric poem, at once ode, elegy, and apostrophe. Demi Lovato’s choked, rising and falling vibrato is in itself powerfully expressive. Just as important, the audiovisual texture enriches the text. Sometimes it’s a matter of the image echoing the words, and sometimes the associations are purely visual. An element in one shot, such as a gesture or facial expression, will call up something similar, or a contrast.

The effects flash by quickly. Taken just as images, what do these shots have in common?

Nothing but a pulse: Labored breathing on a ventilator matches the flicker of an emergency vehicle’s turn signal, as if life is running out before our eyes..

The structure mimics the song’s layout. We move from problem to solution, from crisis to resistance, from emptiness to crowds, ending on a resolution that puts action in the hands of the viewer. Threading it all together is the way “I can’t breathe” gets redefined. The phrase shifts from being associated with George Floyd and other victims of police atrocities, to the COVID-19 pandemic, before adding a twist: Trump’s own bout with the virus, capped in a direct address to him. How does it feel to be able to breathe? By the end breathing becomes metaphorically linked to voting. How does that feel?

As I mentioned in that earlier entry, contemporary agitprop reminds us how much every filmmaker owes to traditions. The techniques used in Commander in Chief stretch far back into the history of cinema; the upraised fists of the finale could have come straight out of Soviet montage.

It might seem pedantic to talk this way about such a powerful piece of cinema. But the point is that the things we study are really out there, crafted by creative filmmakers and having an impact on viewers. The art we care about has concrete effects, and in studying it we can clarify just how those effects are achieved. Analyzing forms and styles can broaden our sense of what cinema can do, and it can strengthen our respect for the filmmakers who explore it.

A similar analysis could be undertaken with many of the best current polemical documentaries, like Unfit [9] and Totally Under Control [10]. These galvanize us not just through their subjects and “messages” but through their fresh use of conventions of form and style. (The sequences of Totally Under Control devoted to First Capon Jared Kushner will remain models of satiric montage.) As with the best of Adam Curtis’s work [11], these are important contributions not just to political discourse but to the history of film as an art form.

Those goosebumps, that quivering gut, those tears? They come from cinema, grand synthesis of the arts.

Another documentary working in this vein, Leo Hurwitz’s Strange Victory, is discussed here [12]. It’s completely appropriate to our current crisis.

P.S. 9 December 2020: After winning an Advertising Age award for the Lincoln Project campaign videos, Rick Wilson explains the strategy and assesses their success in the first of four parts. [17]

P.P.S. 24 December 2020: More backstory [18] on the making of these videos from producer/director Ben Howe. 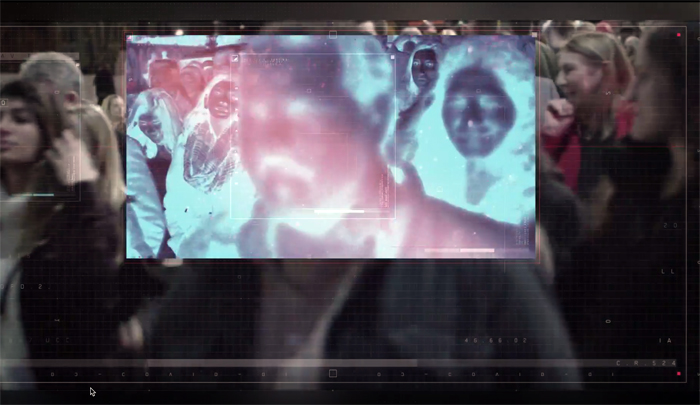