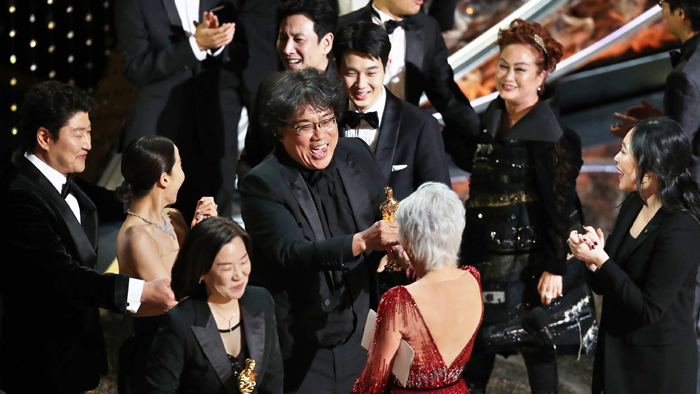 The big news is that Bong Joon-ho has pulled off a coup. Parasite won four major Academy Awards, including Best Picture–a first for a foreign-language title.

Throughout awards season he was his bemused, genial self, and at the big ceremony he charmed everyone with his easygoing generosity toward Scorsese, Tarantino, and others. He went beyond the standard appreciation for the other nominees by saying something too seldom said at this ceremony of superficial self-congratulation: What matters is cinema, from whenever and wherever.

We’ve been supporting Bong’s work [3] since the first days of this blog [4], and it was thrilling to see his triumph last night. In homage, we’ve posted some earlier encounters with Bong on our Instagram feed [5].

Just as exciting were the awards given to another FoB (Friend of the Blog), James Mangold [6]. Years ago I wrote about a visit to the studio where Donald Sylvester and his team were preparing sound for 3:10 to Yuma [7]. What a pleasure to see his work acknowledged with an Oscar. I like Ford v. Ferrari a lot, and much of its impact comes from its sound design and its picture editing (which snagged another Oscar last night, this one to Michael McCusker and Andrew Buckland). Congratulations as well to Mr. Mangold, a fine director. 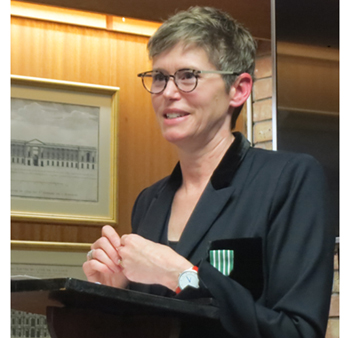 [8]Usually I’m an Oscar cynic, and not just because forgettable pictures too often claim the top honors and masterpieces are ignored. I had many favorites in the race this year, but I’m happy that filmmakers who have worked as hard to make strong, resonant genre pictures got acclaim this time around.

Less crowded but a big deal for us was another ceremony, held last Friday. Then our colleague Kelley Conway, another FoB, received the Chevalier d’Ordre des Arts et des Lettres [9] from the French government. You know, the same award given to Philip Glass, Tina Turner, Cate Blanchett, Ang Lee, Mia Hansen-Löve, Mads Mikkelson, Sylvia Chang, et al. It was a swell get-together, overseen by Dean Susan Zaeske and conducted by Guillaume Lacroix, the French Consul General for the Midwest.

It was a great moment for us and our department. Kelley’s work includes books on the singer in French films of the 1930s, on Agnès Varda [10], and in progress, a study of French film culture after World War II. She has also guest-blogged for us (here [11] and here [12] and here [13]).

Score another point for Cinema. 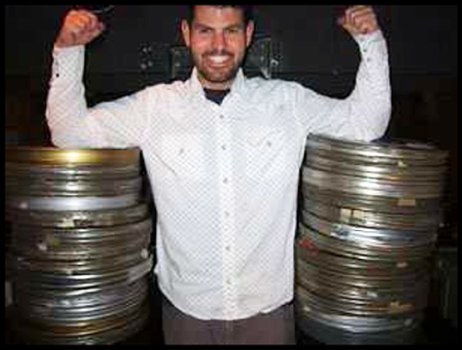 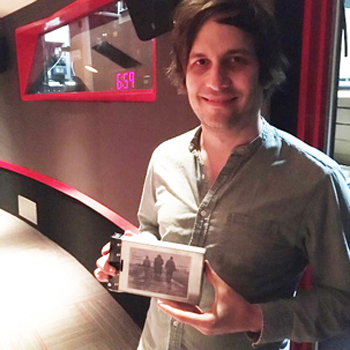 In that 2006 screening, there were maybe two dozen people. This time, despite freezing cold, there were over 100. And instead of that number dwindling in the course of the day, the audience actually grew. People came in at the middle and they stayed.

Thanks to our Cinematheque for its excellent programming, and a special thanks to Tony Rayns, who brought Bong to Vancouver many years ago and enabled me to meet him. Tony has been an untiring supporter of young Asian talent, and our sense of modern cinema owes a great deal to his championing directors in their formative years. 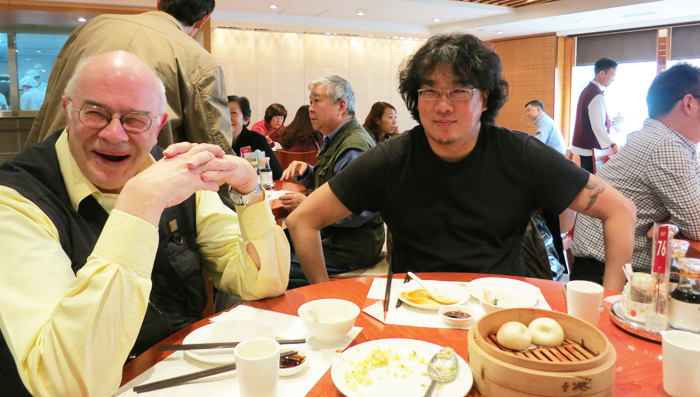