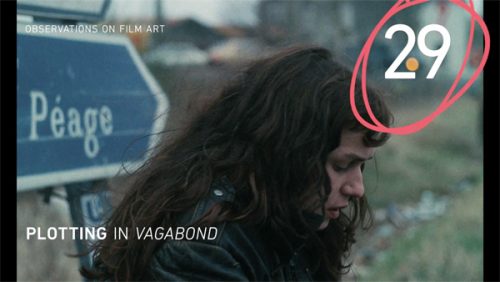 The Criterion Channel [2] has just posted the latest in our Observations on Film Art series. In this installment I try to analyze Vagabond‘s shrewd and unsettling use of some traditional plot patterns: the road movie, the mystery investigation, and the network narrative. I argue that the orchestration of these patterns encourages us to think about our life choices.

Vagabond is a film I’ve admired since it came out in 1985, and by now it’s something of a classic. Its the original title, Sans toit ni loi (roughly, “Homeless and Lawless”) follows Varda’s habit of rhyming or punning titles: L’Opéra-mouffe, Daguerreotypes, Mur murs , Les Glaneurs et la glaneuse, Visages et villages. The mixture of playfulness and serious themes (homelessness, women’s rights, the struggles of the poor, the importance of ordinary people) makes her work unique. She respects both the problems of our lives and the possibility of finding something to affirm–if only our efforts to help one another. I was reminded of all these qualities by her last film, Varda par Agnès [5]; seeing Vagabond again reminds me how much we miss her.

Several of our entries have been devoted to Varda; see the set here [6]. In my view, Vagabond is her masterpiece, but she’s made many fine films, and a lot of them are available for streaming from Criterion [7].

Our entire Observations series is here [8]. Thanks as ever to the Criterion team, especially Peter Becker, Kim Hendrickson, Grant Delin, and John Magary, who did a bang-up editing job. Thanks as well to Erik Gunneson here at UW–Madison. And thanks to colleague Kelley Conway for help with my scenario for this installment.

I discuss Vagabond as an example of ambivalent narration in the Afterword to “The Art Cinema as a Mode of Film Practice,” in Poetics of Cinema, 166-169. 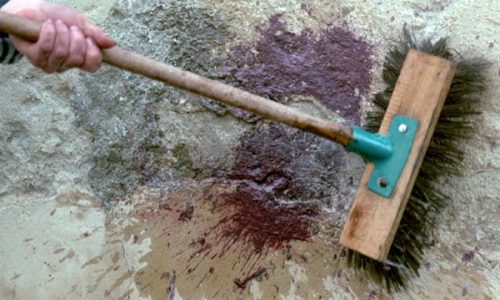