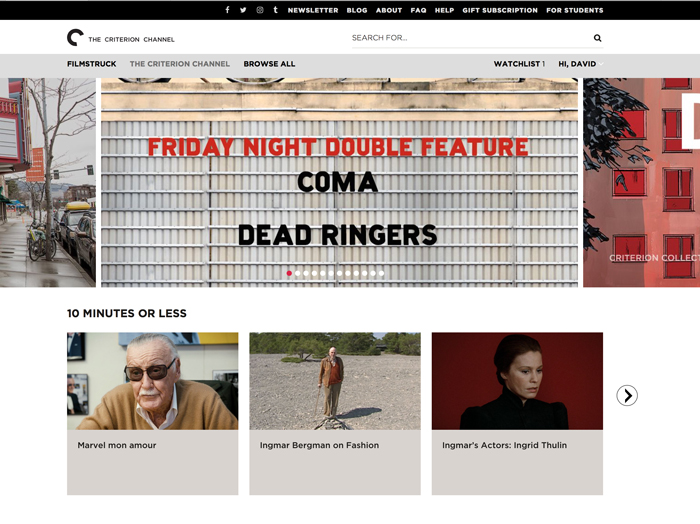 Breaking news!  Last month ATT’s acquisition of Time Warner led to the announcement that FilmStruck, and the Criterion Channel thereon, would be discontinued. (Today I got my refund for the rest of my annual subscription.) But many film fans and filmmakers have kicked up a fine fuss. One especially robust bloc [2] wrote directly to Warner Pictures head honcho Toby Emmerich. A second, equally strong letter [3] followed.

Now we learn [4] from Peter Becker of Criterion that the Channel is restarting in spring of 2019.

The Criterion Channel will be picking up where the old service left off, programming director spotlights and actor retrospectives featuring major Hollywood and international classics and hard-to-find discoveries from around the world, complete with special features like commentaries, behind-the-scenes footage, and original documentaries. We will continue with our guest programmer series, Adventures in Moviegoing. Our regular series like Art-House America, Split Screen, and Meet the Filmmakers, and our Ten Minutes or Less section will all live on, along with Tuesday’s Short + Feature and the Friday Night Double Feature, and of course our monthly fifteen-minute film school, Observations on Film Art.

Our library will also be available through WarnerMedia’s new consumer platform when it launches late next year, so once both services are live, Criterion fans will have even more ways to find the films they love.

We will be starting from scratch, with no subscribers, so we will need all the help we can get. The most valuable thing you can do to help now is go to Criterion.com/channel and sign up to be a Charter Subscriber, [5] then tell your friends to sign up too. We need everyone who was a FilmStruck subscriber or who’s been tweeting and signing petitions and writing letters to come out and to sign up for the new service. We can’t do it without you!

For the full press release, go here [4]. Read the pileup of comments to learn of one loyalist with 376 films in the queue.
As usual, we thank our friends at Criterion for their heroic efforts to keep important films and film-related conversations in the public arena. And thanks to all those who signed petitions and wrote supportive comments online! See you in the spring?
One more installment is going up on Monday in the waning days of FilmStruck: Me on Duvivier’s Lydia. A blog entry on that is coming soon!

P.S. later 16 November 2018: Variety has caught up [7] with some supplementary information. 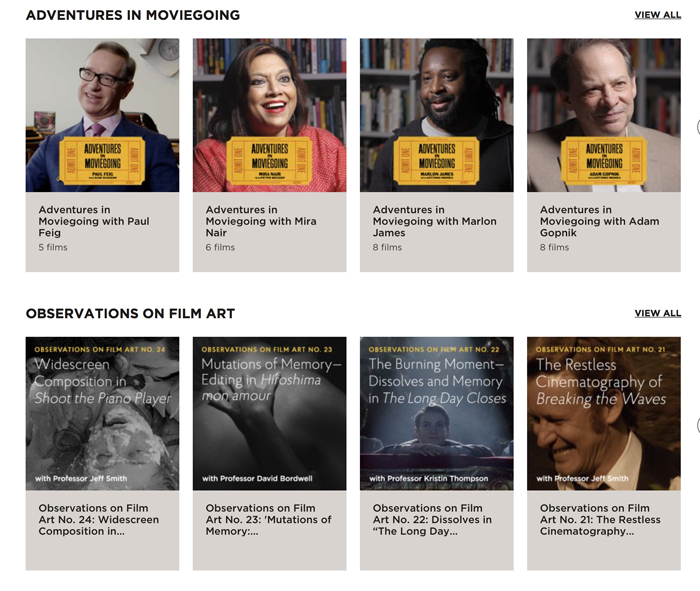