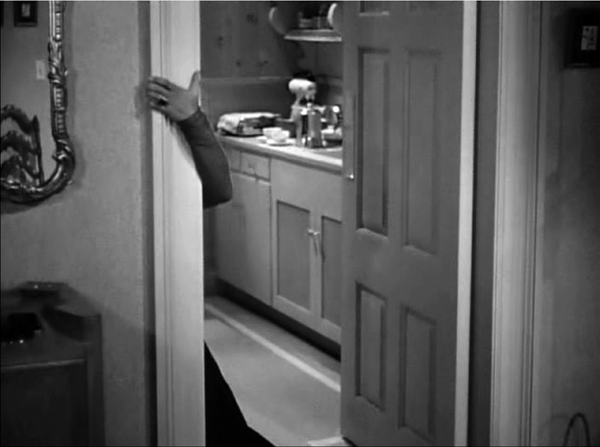 The New York Review of Books has just published a review by Geoffrey O’Brien [2] of Reinventing Hollywood: How 1940s Filmmakers Changed Movie Storytelling. This is a big deal for me.

I never thought my work would be reviewed in a publication I’ve subscribed to since my college days. And to be reviewed by O’Brien is a special honor. He’s one of those wide-ranging intellectuals who are rare today. He writes fiction and poetry, and offers criticism of film, literature, music, painting, and theatre. He’s ideally equipped to appraise my arguments about how 40s cinema drew on narrative conventions in adjacent arts. He’s also a connoisseur of the obscure and marginal in classic studio cinema.

I especially admire his writings on noir film and literature, on popular music, and his study of American cinema as a sort of popular hallucination. The Phantom Empire [3] makes this case memorably, but the opening of his review catches the flavor too. 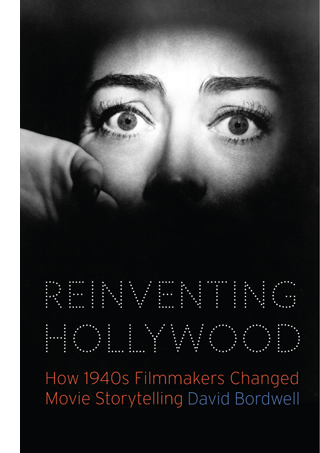 [4]One night not long ago I found myself once again drawn into a movie from the tail end of the 1940s. This one, with the thoroughly generic title Backfire (not to be confused with Crossfire or Criss Cross or Backlash ), did not come with a high pedigree. It had sat on the shelf for two years after it was filmed in 1948, and afterward seems to have faded quickly from recollection. But movies of that time, when they emerge decades later, have devious ways of holding the attention: beguiling hooks and feints lead deeper into a maze whose inner reaches remain tantalizing no matter how many times those well-worn pathways have been explored, and no matter how many times the interior of the maze has led only to an empty space.

In a state of suspended fascination only just distinguishable from the preliminary stages of dreaming, I remained absorbed as documentary-style scenes of wounded war veterans recuperating at a hospital in Van Nuys, California, gave way to progressively more disjointed and often barely comprehensible episodes: an unidentified woman creeping in the dark into a patient’s room with a message about a missing war buddy, a murder investigation, a cleaning woman peering through a keyhole in a fleabag Los Angeles hotel, a winding path from mortuary to boxing arena to gambling den to the office of a particularly corrupt doctor, a plaintive piano theme playing over and over accompanied by reminiscences of its origin in a far-off Austrian village. The story splintered into flashbacks, spiraling into deepening confusions of identity and chronology, punctuated, as if to keep the spectator awake, by a series of point-blank shootings.

All the while, the dialogue was evoking the trauma of wartime injury, questioning the difference between memory and hallucination, talking about nightclub rackets, tax evasion, gambling debts, obsessive love, as the narrative coiled in its final swerve toward a strangling, silhouetted on a bedroom wall while Christmas carols were sung in the background. And then, abruptly, the nightmare was over, we were back in the veterans’ hospital after a second and successful round of rehabilitation, and the three surviving principal characters were even managing to laugh as they took off in their jeep for Happy Valley Ranch. By then I could hardly have said what the movie was about or even if it was especially good—few viewers have ever thought so—yet could not deny that something had caught me in its grip and stirred up troubling associations, like partially retrieved memories of a parallel life.

Apart from wishing I could write like this, I find myself agreeing. Popular culture does offer us a phantasmagoric alternative world that we can drift through in an almost somnambulistic way. I don’t see this argument as the sort of Zeitgeisty criticism [5] I’ve complained about elsewhere. Rather, I think it’s in the spirit of Parker Tyler, who saw Hollywood not as reflecting a collective psyche but as building occasionally rickety story worlds out of cultural flotsam scavenged from wherever. Not a mirror but a mirage.

That hallucination demands that conventions and schemas, norms and forms, bring order to an occasionally demotic array of materials. Given this orientation, the sort of analysis I float in Reinventing Hollywood might seem to be overthought and flat-footed. But O’Brien gets into both the book’s research assumptions and its ambitions. He sees that I was trying to figure out how the dépaysment of Forties cinema stems from the frantic pressures of the industry, ambitious filmmakers itching to explore unusual narrative strategies, and the jolts that occur when time schemes collide, motives get muddled, and story premises wriggle out of control. To savor eccentricities, you need the sense of a center, and that’s where my inquiry starts.

It’s a generous review. O’Brien makes my arguments crisp and cogent, and he adds ideas of his own. It’s a review that both fans and nonspecialists can learn from, as I did. It’s also good to know that some of my jokes didn’t fall flat. (I can hear readers asking: Wait, there were jokes?)

I discuss Parker Tyler’s conception of the Hollywood Hallucination in The Rhapsodes: How 1940s Critics Changed American Film Culture [8].