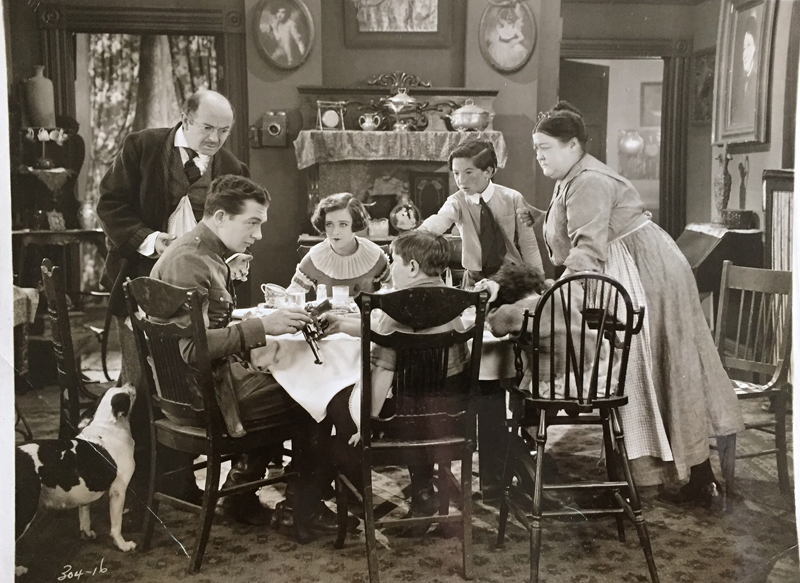 Henry Sapoznik is an outstanding performer and producer of music, [2]a many-times Grammy nominee, and my colleague here at UW, where he heads the Mayrent Institute for Yiddish Culture [3]. He’s also the grand-nephew of character actor Tenen Holtz [4]. When Henry showed me this still from his collection, it gave me a buzz in many ways. Let me count them.

The Buzz Topical. Open-carry at the family table. It’s not just for breakfast any more. Joey, do you like movies with guns?

The Buzz Narrative. Here’s the plot, courtesy of the American Film Institute [5]:

Sally Colleen Lapidowitz, the daughter of an orthodox Jewish father and an intensely Irish mother, is the steady girl of Patrick Sweeney, a motorcycle cop. Sally becomes infatuated with Stuart Gold, a Jewish dandy, who, though he is approved by her father, soon proves himself to be a worthless cad. Patrick rescues her from the dandy, and all ends happily in the Hebrew-Irish family.

Alas, no mention of this intimate scene.

The Buzz Ethnic-Shtick. Frisco Sally Levy belongs to a cycle of comedies centering on Irish and Jewish families. The most famous are Abie’s Irish Rose [6] (stage play, 1922; film, 1928) and The Cohens and the Kellys [7] (1926 film). Variety thought the movie a hoot, “averaging a dozen laughs to the minute.” Special praise was reserved for the Lapidowitz boys: “as a team of juvenile comedians these two youngsters are unsurpassed.”

Then there’s the gag involving a St. Patrick’s Day parade, evidently in a color sequence. Ma and Pa call out from the sidewalk, “Hello, Pat!” “And immediately every one of the carefully tailored, frock-coated, top-hatted gentlemen turn about with military precision and raise their hats in unison.” “Then,” the critic adds, “there are laughs with the close-ups of an ambulance and a German band leading the Irish patriots.” We’re told that Tenen Holtz puts across his role of paterfamilias well, rising above the caricatured Jewish tailor, which is all too often “obnoxious if over-drawn and too Jewish for comfort.” Ouch.

The Buzz Compositional: Would that today’s production stills were as nifty. The grouping, the eyelines, and Patrick’s gesture all drive our attention to the pistol. But space is left for us to notice Sally’s fixed stare at Patrick (mute devotion? apprehension at the gunplay?). And there are centrifugal attractions. There’s the younger daughter with her head slumped in her plate. Scared? Asleep? Bored? Sick? Doped? And of course the pooch, intent on table scraps, is missing the point. Nice apartment too, with both a phone and a writing desk. A symmetrical room for a symmetrical shot.

Alas, the film has not yet been found (a nice way of saying “lost”). Is there a collector out there with a copy? In the meantime, with stills like these we can make up our own stories. 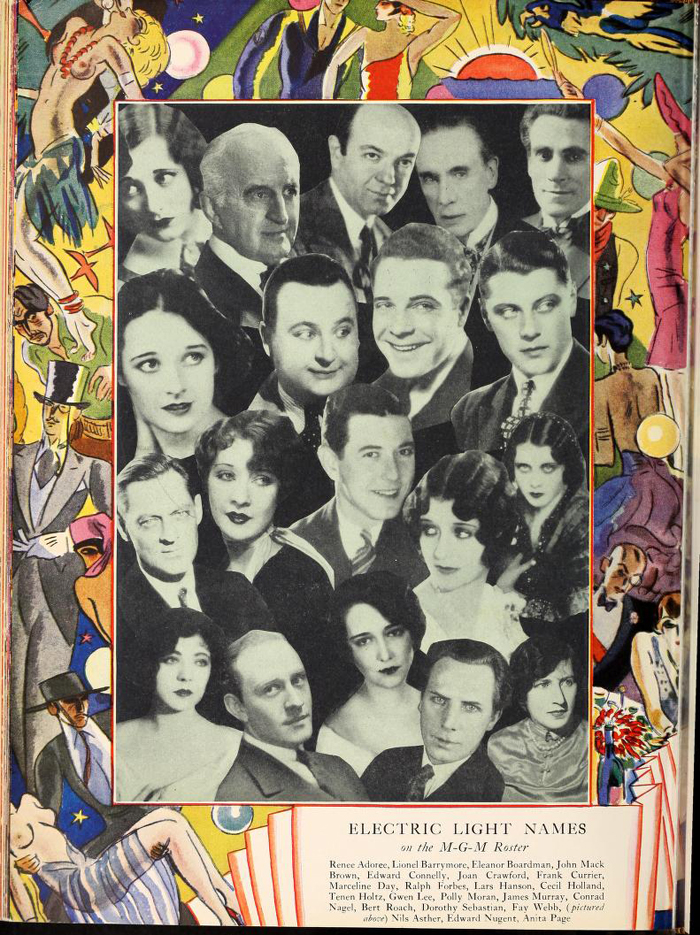