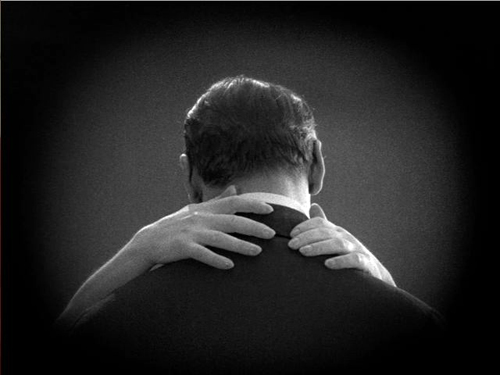 We’re busy! I’m trying finish a final Hong Kong blog entry and a wrapup on my 1940s critics. Meanwhile, Kristin is writing an entry on Alexander Payne’s rewarding visit to our campus this week. But we pause to signal a major new DVD release.

Criterion is now offering Dreyer’s classic Master of the House (1925) as either a DVD or dual DVD/B-r edition. Apart from a sparkling presentation of the film and newly translated intertitles, the package includes a sensitive essay by critic Mark Le Fanu, an illustrated interview with outstanding film historian Casper Tybjerg, and a visual essay I prepared. 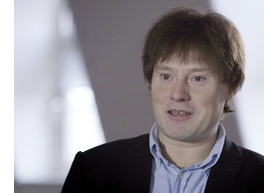 [2]Casper (right) offers a lot of new information. He remarks that the film, though hailed in the 1970s as a feminist picture, was conceived as a straightforward comedy. From today’s perspective, Casper points out, the film gains importance by dramatizing the drudgery of women’s work, showing all the daily household chores that three generations of women must perform. Casper also traces how the film transforms the source play and bears the influence of Victor Sjöström. And he explains one of the ellipses in the film’s final version: What does the tyrannical husband Viktor do all day outside the home?

My visual essay develops ideas about Dreyer’s innovative uses of framing and cutting. I emphasize the film’s unusual “wraparound” space, which immerses us in the apartment that is the center of the drama. I try as well to connect Master of the House to stylistic trends in Danish cinema and the German Kammerspielfilm, as well as to Dreyer’s later films. My comments develop further some ideas I set out in my (now, very old) book on Dreyer [3], my blog entry “Dreyer Re-reconsidered [4]” and in the web essays “Nordisk and the Tableau Aesthetic” [5] and “The Dreyer Generation.” [6]

Criterion Producer Abbey Lustgarten and her staff have done a fine job in assembling images and clips to support my points. Thanks also to our local creative technician Erik Gunneson for recording my voice-over.

Master of the House is available on the Criterion Collection website [7] and elsewhere.