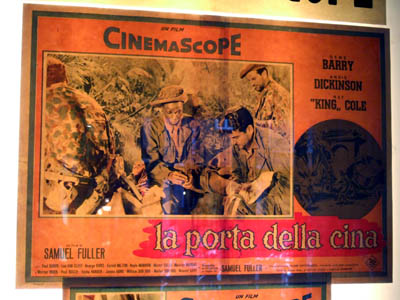 More notes and notions from Cinema Ritrovato [1], all from DB:

Could you make a movie today about a farm girl who becomes a concert pianist under the sway of a womanizing egomaniac? The slightly nutty I’ve Always Loved You (1946) displays Frank Borzage’s usual faith in the way lovers communicate by spiritual ESP, this time aided by Rachmaninoff. Borzage talked the low-end Republic studio into this expensive project, and the result, though marred by strained performances, looks great in a glowing restoration by UCLA. A teenage André Previn darts through, and for once someone playing the piano onscreen (in this case Catherine McCloud) looks skillful. (The playback renditions were those of Arthur Rubinstein, credited as “the world’s greatest pianist.”) The title is perfectly ambiguous, since it could refer to any character’s attitude toward almost any other.

Travel delays prevented Ben Gazzara from introducing the fine print of Anatomy of a Murder. Too bad. It would be fascinating to hear how he developed his disturbing portrayal of an accused killer under Preminger’s notoriously dictatorial direction. But Gazzara did participate in an interview with Peter von Bagh that led into a screening of a beautiful restoration of Jack Garfein’s The Strange One (aka End as a Man). 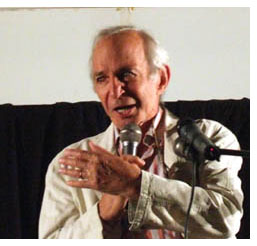 [2]Gazzara talked of coming out of the Actors Studio after the success of Marlon Brando, a tremendous influence on Gazzara’s generation. He recalled that he was in the same Studio class as James Dean, Steve McQueen, and Paul Newman. What was the Method? “It’s a word I never use. I don’t know what it means. . . It gave you things to fall back on” if you couldn’t come to grips with the script material.

He said that he loved Hollywood acting of the studio era: Gable, Grant, Tracy, and Stewart remain fresh and modern. When he saw Meet John Doe, he realized that Gary Cooper used his own version of the Method: “He did very little, but he did everything.”

Gazzara said that seeing Faces (1968) drew him to Cassavetes. “I was mesmerized. I was so jealous. I thought, I’ve gotta work with this man.” A year later he made Husbands. Cassavetes was very supportive, always “waiting for surprises.” He was laughing in enjoyment behind the camera, encouraging his players. “All you did was safe, and you could do no wrong.”

The Strange One, set in a Southern military academy, was Gazzara’s first film. He was offered the part of the cadet who eventually leads a revolt against the Machiavellian cadet Jocko De Paris. But Gazzara said that he wanted to play DeParis because “he got all the laughs.” George Peppard wound up with the good guy role. Though the film seems to me confused on several dimensions, Gazzara revels in the showy part of a soft-spoken, eminently reasonable sociopath. As in Anatomy of a Murder, he makes gently menacing use of a cigarette holder.

In the early 1930s, Japanese companies explored the possibility of exporting their films to Europe and the US. One result of these initiatives was Nippon: Liebe und Leidenschaft in Japan, a 1932 German compilation created by Carl Koch. It originally consisted of three films from the Shochiku studio, condensed and supplied with German intertitles. The original films were silent, so, oddly enough, synced Japanese dialogue was added.

In the version screened here, only two episodes were presented. What beauties they were! Since many of the 1920s and 1930s Japanese films that survive look quite weatherbeaten, it was wonderful to see, in the print from the Cinémathèque Suisse, how gorgeous quite ordinary movies from this era could be.

The first story, Kaito samimaro (orig. 1928), deals with a young samurai rescuing his beloved from the clutches of a corrupt priest. Brisk and beautifully shot, it came to the sort of frothing swordplay climax typical of the period—rapid cutting, dynamic tracking, and slashing assaults aimed at the camera. Kagaribi (1928), about a young vassal betrayed by his corrupt lord, likewise ended with a protracted action scene capped by a jolting climax. A prolonged tracking shot follows the young man’s former lover as she backs away from him, but then we cut to a full shot. With a single stroke he kills her, jaggedly ripping a paper door in his follow-through. Both stand motionless for a moment before she falls. A conventional finish, but no less eye-smiting for that. For more on the power of this action-cinema tradition, see an earlier entry [3] on this site. 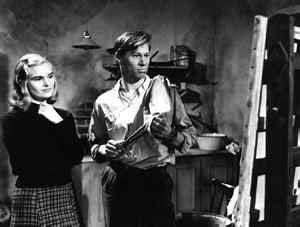 There are no fewer than ten flashbacks in the 1950 Swedish film Flicka och Hyacinter (Girl with the Hyacinths, above). Peter von Bagh’s Bologna programming has often highlighted Nordic work that’s little known outside the region, such as this engrossing post-Kane exercise in probing a dead person’s life. Teasingly directed by Hasse Ekman, the interlocking flashbacks would be savored by today’s puzzle-film aficionados, and the movie’s equivalent of Rosebud is genuinely surprising. The twist would never have been permitted in Hollywood of that era.

Kristin and I hope to post one more entry, probably soon after Ritrovato’s final session on Saturday. Lots more to report–Lubitsch, Borzage, Chaplin (of course), etc. For now, a glimpse of the official names of the Cineteca’s two screening rooms… 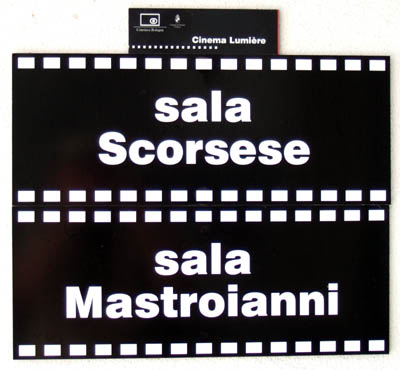