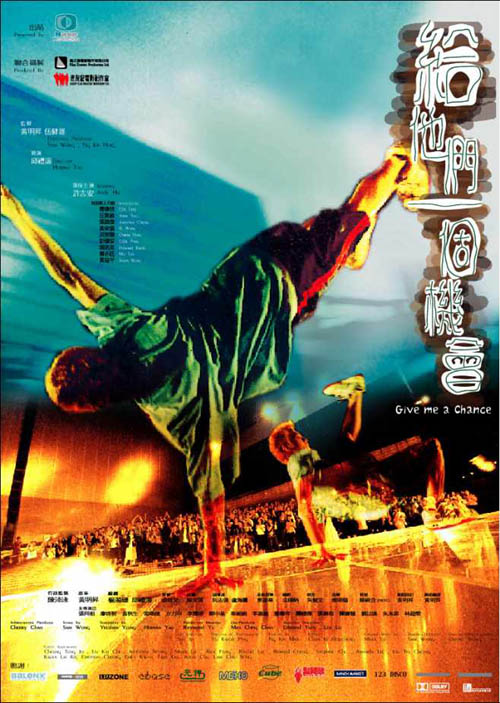 Two more days at the Hong Kong film festival include….. 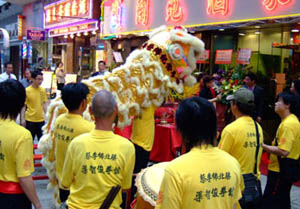 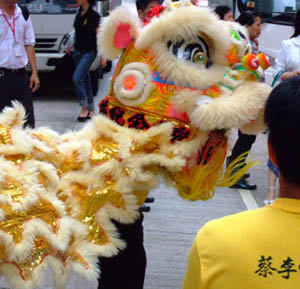 Watching the unexpectedly solid Wo Hu (2006). Wong Jing is widely known as the great vulgarian of Hong Kong cinema; nothing is too lowbrow to be tossed into his movies. I like some of his work, but I worried when the opening credits of a serious picture like this listed Wong as producer. Despite my concerns, this turned out to be a strong cops-and-triads pic. The presence of Eric Tsang, Francis Ng, and Jordan Chan helps a great deal, and Marco Mak’s direction is efficient enough. The real strength is the script, with a plot that is unusually taut for a Hong Kong movie. 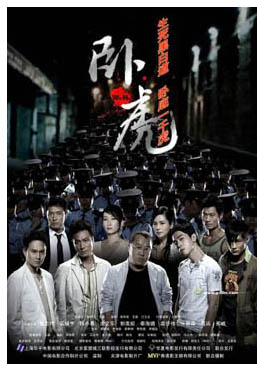 [1]The cops have declared a mission to infiltrate the triads with 100, 500, 1000 moles—whatever it takes. The references to Infernal Affairs are evident (characters even mention the movie), but in some ways this is a subtler effort. The film follows three triads’ personal lives and interweaves the fate of a cop with his own secret. There are touches of humor, but mostly the mood is somber, accentuated by the dank, bleached-out look that’s so common today. There are sharp suspense passages and some genuine surprises.

Wo Hu was much praised by local critics, and it seems to me the best of the recent crime films I’ve seen so far in the festival (Protégé, Undercover, Dog Bite Dog, and the surprisingly weak Confession of Pain). This is the one that could yield an interesting US remake. The title—get ready—translates as “Crouching Tiger.” The sequel, already announced, will be called Jia Lung: “Chasing Dragon.” The shamelessness of Hong Kong cinema isn’t dead quite yet.

Going on a rainy-day shopping circuit with Athena Tsui. Many of the old places supplying unusual and bootlegged DVDs have closed. Why? The government stepped up anti-piracy enforcement, and consumers can now get digital content online more easily. We did re-visit one place selling graymarket mainland versions of US, European, and Russian films, all for low prices (about US$3). Legit, I picked up mostly Japanese titles: Sabu’s Dead Run, the otaku hit Train Man, the Suo boxed set (didn’t have a DVD of Fancy Dance), and an unmissable item, The World Sinks, Except Japan. Go here [2] for Twitchfilm’s coverage of the last-named.

The highlight was a trip to Comix Box in Sino Centre. It’s run by Neco Lo Che Ying, one of Hong Kong’s first independent animators, who started out in the 1970s. Neco was also the first to offer American superhero mags. Here he’s surrounded by some of his toys. 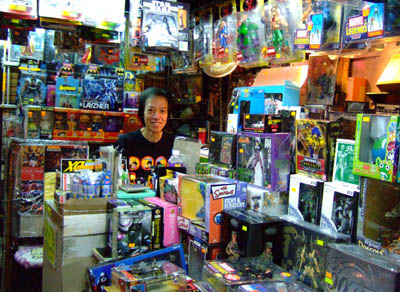 Thanks to Athena for the trip, the cocoanut-mango drink, and all the information about the HK film scene, including the factoids about Wo Hu.

Having dinner with Raymond Phathanavirangoon, who works for the energetic distribution company Fortissimo. Probably best known for handling Wong Kar-wai’s films, Fortissimo has established itself as one of the top distributors/ producers of ambitious international cinema (East Palace, West Palace, U-Carmen eKhayelitsha, Shortbus).

Among his other duties, Raymond makes presskits. This is seldom a creative endeavor, but Raymond’s results go far beyond the usual leaflet. He produces virtually museum-quality artifacts. His most flagrant kit promotes the Hungarian film Taxidermia, offering a marbled booklet in a shrink-wrapped styrofoam package. 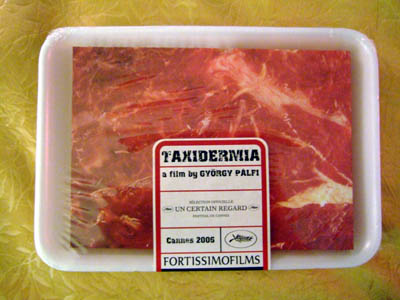 Seeing James Yuen’s curious Heavenly Mission (2006). After several years in a Thai jail, young triad Ekin Chan wants to go straight. He asks an arms merchant to stake him to US$30 million, and he returns to Hong Kong to set up a vast charity. The cops don’t trust him, and neither do some of his old triad buddies. Problems ensue.

One of many crime movies screened in the Panorama section of the festival, this is neither the worst nor the best. The plot proceeds spasmodically, and our mysterious protagonist seems a little too passive. Nice to see Ti Lung again, though, playing an aging and pacific triad boss. Nice also to see for once Thailand treated not as hell but rather as purgatory, the place in which Ekin discovers spirituality and kindness. And, proving once more that there’s some little stab of pleasure in nearly every movie, we do get a nifty final shot.

Catching up with Soma films: Jouni Hokkanen, a regular at the HKIFF, gave me a sampler of several films he has made with another Finn, Simoujukka Ruippo. Their company is called Soma. You’ve probably heard of Soma’s most famous film, Pyongyang Robogirl [3] (2001), which puts a traffic warden’s rigid moves to a techno beat. 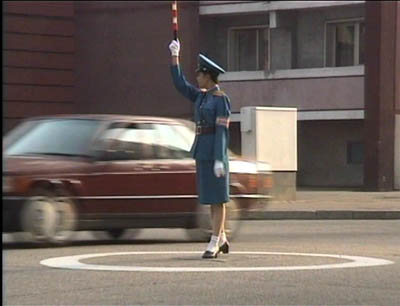 Soma has made other films about North Korea, most ambitiously a survey of the nation’s cinema called The Dictator’s Cut (2005). 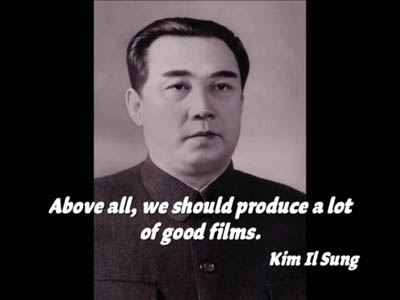 These entertaining and informative babies won’t be on YouTube. The Soma website [4] is under construction, but it does give a list of the films, all of which would seem natural film festival choices.

Enjoying in an old-fashioned way Herman Yau’s Give Them a Chance (2003): The notion of a movie about how HK teenagers become breakdancing stars didn’t seem promising, but it turns out to be a sweet piece of work. Yau has always had sympathy for grassroots life here, and he makes his ensemble plausible and ingratiating. 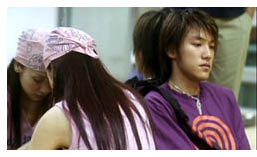 [5]The kids, including a mute boy who apparently can spin on his head all night, are at once clumsy and sensitive, like most adolescents. They live in high-rises, struggling with broken families, but they retain honor and idealism. They look out for each other and try to take everybody’s feelings into account, thereby creating even more awkward complications. It’s a pleasure to see movie youths who aren’t bullies or triad wannabes, just good-hearted kids who want to make something of themselves (with a little help from Andy Lau).

Yau, a rocker himself, treats the clichés of the musical film with casual zest. Romantic rivalries flare up, health problems keep a promising dancer offstage, youthful energy collides with old-fashioned tastes, and corrupt promoters try to discourage naïve hopefuls. Of course there are lively dance numbers. In the process, alienated brothers come together and the kids’ efforts are crowned by their appeal to—who else?—the ordinary people of Hong Kong.

At a time when most HK directors seem wall-eyed for the Mainland box-office, here is a movie that is utterly local. It even has two English titles, Give Them a Chance and Give Me a Chance, just going to show that it wasn’t made for us Anglos. Actually, though, it speaks to anybody.

I’ll be blogging more about Yau’s work soon, since the festival is giving him a retrospective and a seminar. In the meantime, you can check his website [6].