After fifteen years of fairly steady blogging, we suspended putting up new entries in early October. We were reluctant to go into explanations of a fluid situation, but now things are stable enough for us to set out what happened.

I had surgery for oral cancer in July and August, followed by brief hospital stays. My doctors, all excellent, have said and continue to say that my prognosis for recovery is good. After a hiatus of rest at home, when I posted two blogs, I went in for radiation treatments and chemotherapy. This process took six weeks and has left me very tired, while also dealing with side effects of the treatments and medications.

Since then, I simply have lacked the energy and concentration to write anything new. I try to find time for clerical cleanup work on my book manuscript, Perplexing Plots: Popular Storytelling and the Poetics of Murder. The plan is to submit it for production in March at Columbia University Press.

But Kristin, who has been devotedly taking care of me, and I now have a routine that should permit at least occasional blogging. She will of course provide her annual list of Best Films of the Year for 90 Years Ago, and she has some other ideas. I hope as well to offer something, though naps and streaming always seem to obtrude.

In some ways, there are a couple of substitutes for my blogging–both courtesy of Criterion. One is my video essay on Johnnie To Kei-fung’s Throw Down, “Hidden in Plain Sight.” A look at the movie’s characteristic narrative and stylistic strategies, it’s available on both the Channel [2]and the blu-ray release [3]. I’m grateful to Curtis Tsui, the producer, for asking me to do it; I now appreciate the film a lot more. The other bonus materials are extremely informative as well. If you haven’t seen Throw Down, what are you waiting for?

Before I went into surgery, I recorded two linked installments of our “Observations on Film Art” series. Both concern Godard’s use of aspect ratios. The first, on Vivre sa Vie, is available here [4]. The second, on Le Mépris/Contempt, is here [5]. I try to show how Godard exploits the differences between 4:3 proportions and the anamorphic widescreen format. (In a way, they balance the exploration of Godard’s late-career use of aspect ratios, seen in this blog entry [6].)

Kristin and Jeff Smith weren’t idle during our hiatus. The Channel released her analysis of the road motif [7] in Pather Panchali and Jeff’s study of Agnès Varda’s editing [8] in Le Bonheur. More installments are planned, of course. We appreciate our loyal viewers who have stuck with us through 45 episodes! 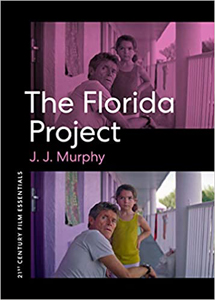 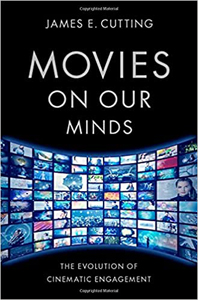 During my confinement, the books have kept arriving on our doorstep, and many deserve notice. I’d be remiss, though, if I didn’t call your attention to a couple of my favorites. One is J. J. Murphy’s monograph on The Florida Project [11]. This in-depth exploration of Sean Baker’s creative process and the contributions of many collaborators is timely, given the release of Red Rocket. Besides, how many authors get the director they wrote about to do PR for them [12]?

The other book is a magnificent contribution to our understanding of cinema: James E. Cutting’s The Movies on Our Minds: The Evolution of Cinematic Engagement [13]. It offers a history of popular films from the standpoint of psychological engagement of the spectator. It shows “how they are structured, and how that structure has been crafted by a century’s worth of filmmakers to affect our minds.” Using Big Data (hundreds of films) and fine-grained analysis of cuts, lighting, and other techniques, James brings in evidence from empirical psychology to show that filmmakers are, as we’ve long known, “practical psychologists.” Beautifully designed with color illustrations, written in a conversational style, it’s destined to be a classic. I hope to blog about James’ book more at length when stamina returns.

It’s been heartening to see that we still get many pageloads every day; some of our efforts seem to endure. In addition, my colleagues here and elsewhere have been wonderfully kind in offering their support during these days. There are still months to go, but Kristin and I remain confident.