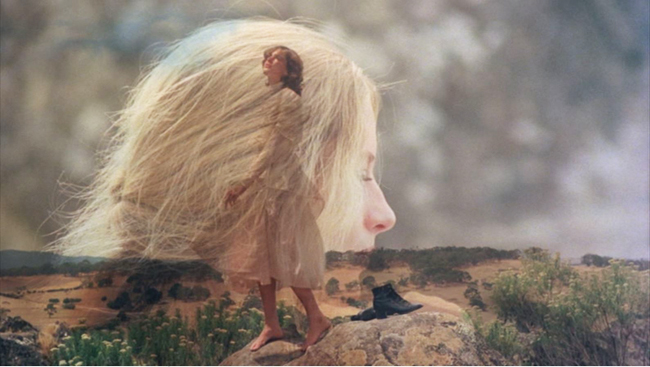 Recently our blog reached its 1000th entry, a fact we celebrated with a retrospective entry [2]. That’s a lot of entries. How to find something that might be of interest or use to you? If you know what you’re looking for, the site’s search engine works quite well, I find. We’ve added categories at the right to guide people with specific interests.

Last year I started listing new entries in our video-essay series on The Criterion Channel [15], which is in a sense an extension of this blog and has the same title.

I’ll go chapter by chapter through Film Art: An Introduction, though some chapters have no relevant entry this year. 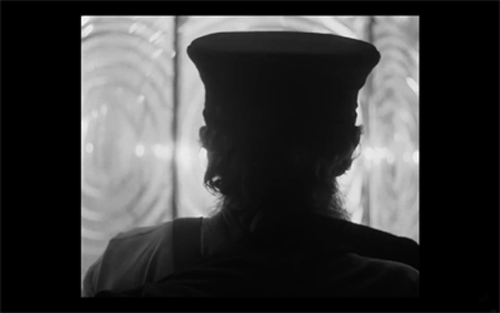 In this chapter we emphasize how technological choices affect film style. My entry “THE LIGHTHOUSE: A period film with period style” [17] (above) discusses how the filmmakers uses lenses, film-stock, and lighting equipment to simulate the look of a silent-era film.

We also discuss the film industry in this chapter of Film Art. I wrote on how annual box-office figures can be deceptive about trends in studios’ income: “So was there an actual box-office slump in 2019? [18]”

David commented on how the move to streaming films has affected viewing habits and film scholarship:  “When media become manageable. Streaming, film research, and the Celestial Multiplex [19].”

Chapter 2 The Concept of Form in Film

This is the chapter where we discuss different levels of meaning. David’s entry “Hunting Deplorables, gathering themes [19]” deals with interpretation, using The Hunt as its main example. 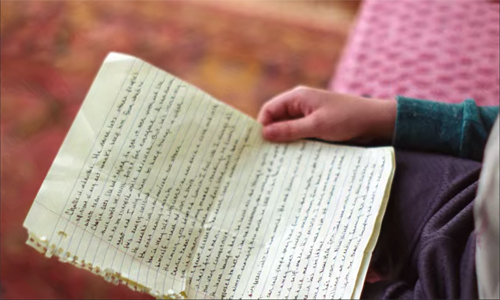 David wrote some analytical essays on individual films this year: “Not just a Christmas movie: DIE HARD on the big screen [21],” “Un-Marry me a little: MARRIAGE STORY and LITTLE WOMEN, [22]” and “When Hollywood ruminates: Calm after THE MORTAL STORM [23].” Above, a scene from Marriage Story that would nicely illustrate the functions of a motif and the ways narration can use it for a revelation.

Criterion Channel #31  Here I examine the subtleties of the three-point lighting system in “Comedy, Suspense, and Three-Point Lighting in TO BE OR NOT TO BE [24].”

Criterion Channel #33  Jeff Smith on how different aspects of mise-en-scene are used to create a woman’s viewpoint: “Feminist Mise-en-scène in MY BRILLIANT CAREER [25].”

Criterion Channel  #35  I look at how camera techniques turn a horror-story adaptation into an art film: “In the Service of Horror–The Lyrical Cinematography of PICNIC AT HANGING ROCK [26].”

Criterion Channel #32  In relation to this chapter’s section on framing, I discuss the functions of offscreen space at the beginnings of scenes in “Withholding and Revealing in AN ANGEL AT MY TABLE [27].”

If you’re teaching a film noir or the whole noir trend, have a look at David’s piece on cinematography in Trapped: “TRAPPED: Low-budget flash is good for you [29].” 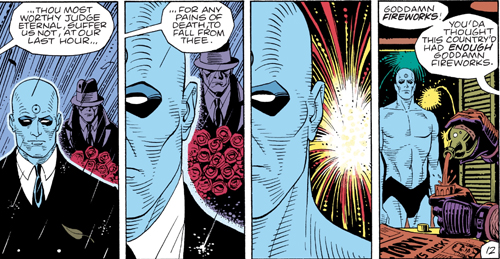 In “Who will match the Watchmen [31]?” David examines editing strategies in the HBO series, The Watchmen. He traces how the filmmakers used match cutting to mimic the time-jumping transitions in the graphic novel.

David analyzes a sneaky technique combining editing, framing, and figure movement in King Hu’s The Valiant Ones: “Sometimes a swordfight … [32]”

Criterion Channel #37  Yasujiro Ozu created his own unique style of editing; David analyzes how he uses it in a poignant silent comedy: “Ozu’s Space Adventures: Editing in PASSING FANCY [33].”

On the occasion of the prolific and beloved composer Ennio Morricone’s death, Jeff Smith provides an in-depth analysis of Morricone’s approach and style, with many excerpts that let you revisit some of his classic themes: “The poet of dynamic immobility: Ennio Morricone: A guest blog by Jeff Smith [34].”

Criterion Channel #36  Focusing on a single Morricone film, Jeff picks out “Musical Motifs in THE BATTLE OF ALGIERS [35].”

Jeff Smith has explored Tarantino’s genre-mixing strategies in  “When worlds collide: Mixing the show-biz tale with true crime in ONCE UPON A TIME IN . . . HOLLYWOOD [37].” This was our most popular entry of 2019. Jeff shows how Once Upon a Time. . .  in Hollywood is tied to 1960s film and music cultures here and in his follow-up entry “Twice upon a time in . . . Hollywood: Jeff Smith revisits Tarantino’s retro opus [38].” These pieces could also be used in teaching Chapter 12’s section on contemporary Hollywood.

Criterion Channel #34  David examines how an unconventional use of style can transform a familiar genre like the horror film: “VAMPYR: The Genre Film as Experimental Film [39].” 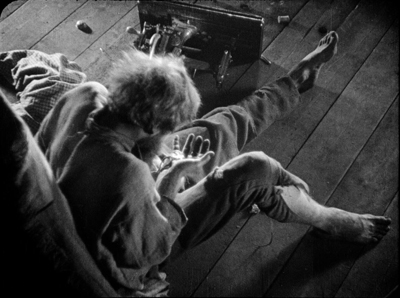 David analyzes the sophisticated classical style of the 1917 adaptation of Wilkie Collins’ mystery thriller The Woman in White in “Hollywood starts here, or hereabouts [42].”

In the last year Flicker Alley has continued to release Blu-rays of crucial classics of the silent cinema. I review releases of Fridrikh Ermler’s Fragment of an Empire (above) and Marcel L’Herbier’s L’Argent, important late entries in the Soviet Montage and French Impressionist movements, in “Two more classics from Flicker Alley [43].” The company has also at last made Pudovkin’s “Bolshevik Trilogy,” Mother, The End of St. Petersburg, and Storm over Asia, available in decent copies: “Flicker Alley fills the Pudovkin gap [44].”

We tend to slant these annual updates to Film Art, since that’s where the blog started. Certainly many of the entries listed above are also relevant to Film History: An Introduction. Here are some further possibilities.

Joe Anderson’s Spring Night Summer Night is a hard film to classify, but it could be something to consider in teaching the indie section of Chapter 22 of Film History. See my analysis with some background production information in “‘Student Film,’ exploitation film, indie classic [45].”

David’s analysis of Roy Andersson’s About Endlessness (2019, below) fits into the category of “The Arresting Image” in Chapter 25: “The raptures of rigor: Roy Andersson’s ABOUT ENDLESSNESS in Venice 2019 [46].” Andersson won the Silver Lion as best director at the festival. 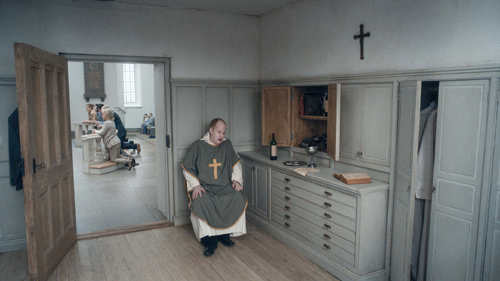 You no doubt recall the controversy that erupted when Scorsese complained about blockbusters dominating American distribution and exhibition. David’s remarks on it in “Captain Cinephilia: Scorsese strikes back [48],” could work into either Chapter 28 or 30–or both. 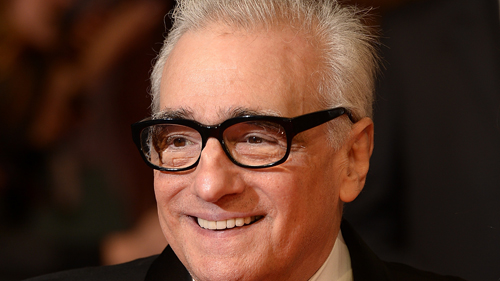 Finally, all teachers and lovers of cinema should be aware of the riches offered by The Walker Art Center Dialogues [66], a collection of recorded interviews with major filmmakers. These include a conversation between David and Robert Altman. 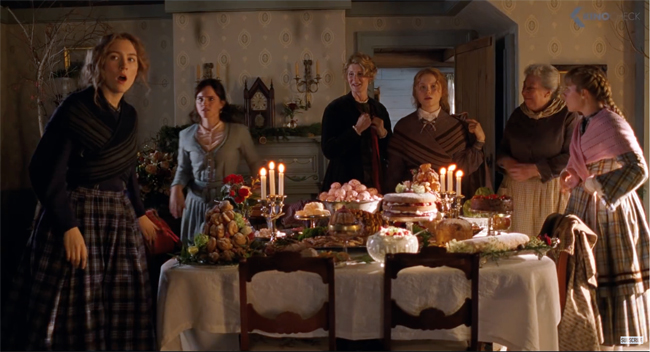