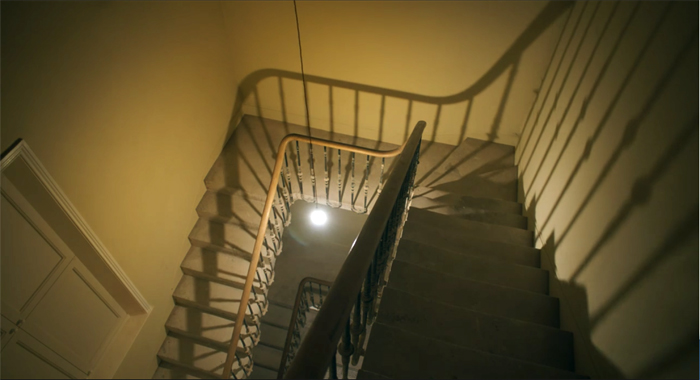 Friend of The Blog David Koepp has written and directed a new movie that is premiering online this week. You Should Have Left is in the vein of his earlier, locked-in exercises in psychological horror, Stir of Echoes (1999) and Secret Window (2004). Both a haunted-house story and a disquieting probe into male anxiety, it’s another strong entry from Blumhouse–for me, the most interesting film company out there.

Critics sometimes say that Clint Eastwood is the last really “classical” director working now. Actually, in my view almost everybody remains a classical director to some extent. Still, the term holds especially good here. David’s handling of this scary chamber drama reminds me of the unfussy precision of Polanski in The Ghost Writer [2]. In fact, one shot recalls the famous partial view of Ruth Gordon in Rosemary’s Baby. (Doorways are always good spots for tricky framing.)

More generally, David isn’t ashamed to invoke all the creepy conventions of the Old Dark House, suitably updated. He lays out the house’s space tidily and then disorients us about exactly where we just were. I think the Dreyer of Vampyr [3] would appreciate the ways in which this PoMo mansion becomes a maze.

Of the other films David has directed, I’m especially fond of Ghost Town (2008) and Premium Rush [4] (2012). And of course his scripts for Jurassic Park, War of the Worlds, and other megapix are models of construction. I also admire his superbly crafted screenplays for Panic Room (another claustrophobic exercise), for  the still-too-little-appreciated The Paper, and for the bravura item that is Carlito’s Way.

You Should Have Left is currently available on demand from many cable and streaming services [5] and will eventually show up as part of the offerings of NBC Universal/Peacock [6].

For more on David’s work, go here [7], which will lead you elsewhere. 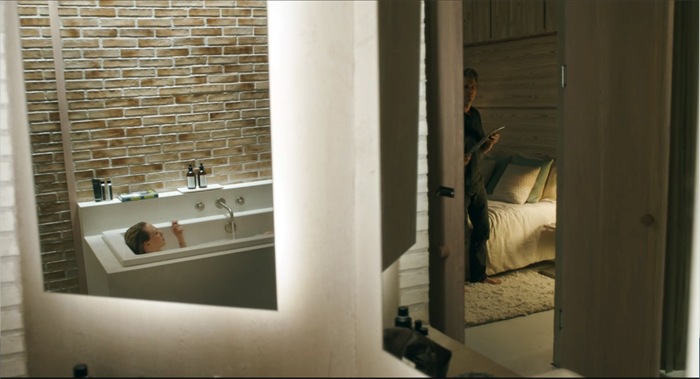