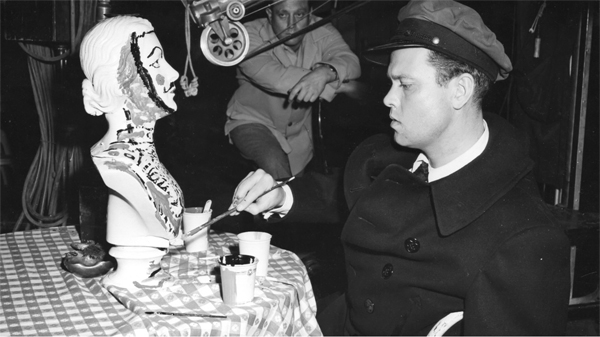 If you want to make a biographical documentary, you face problems of structure. Do you go chronological—start with birth, go through youth, maturity, and death? Or do you start in medias res, at the peak of fame or the depths of failure, and flash back to origins and development? Or do you do something else altogether? These are essentially the same problems of narrative that face the fiction filmmaker, but of course the documentarist also confronts gaps in the record, incompatible information, and the prospect that the story has been told before and may benefit from a fresh perspective. 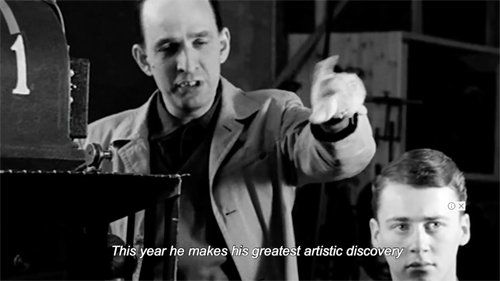 True to its title, Jane Magnusson’s Bergman: A Year in the Life picks Ingmar Bergman’s breakthrough in 1957 as its through-line. It was indeed quite a year: The Seventh Seal opened in January, Wild Strawberries in December, and Brink of Life was filmed in between (to open in early 1958). Very soon, Bergman won acclaim as one of cinema’s greatest artists. In the same annus mirabilis Bergman directed a TV drama and four theatre productions, including a monumentally successful five-hour version of Peer Gynt. All this he accomplished while suffering intense stomach pain; for part of the year he was in the hospital.

To survey only the events of January through December would leave us in the dark about the director’s full accomplishment, so the calendar format becomes a sort of clothesline on which incidents from all across his life are pinned. Since Bergman’s published memoirs are notoriously unreliable, Magnusson says that the films are more faithful records of his life and obsessions. But she also opens up many documents that fill in or correct his account, and the result becomes a fairly chronological survey.

For example, early in the documentary we learn of Bergman’s real relation to his father, his youthful admiration for Hitler during his stay in Germany (“I shouted like the others. I raised my hand like them”), and his first lover Karin Land, a spy for Finnish intelligence. As the film proceeds through 1957, it surveys his prior career and points ahead as well. Through associational links, motifs in The Seventh Seal and Wild Strawberries, along with a survey of his childhood and his sexual partners, in effect provide flashforwards to Persona, Fanny and Alexander, and other later works.

The wellsprings of Bergman’s astonishing 1957 output are only hinted at. He was obviously a workaholic, as several commenters point out. One observer reminds us that Fassbinder had years that were as brutally productive, but he owed his stamina to drugs; for Bergman, the fuel was Swedish yogurt, Marie Biscuits [3], and sex.

Still, I wonder whether advancing through the Swedish film business, a rather industrially strict one, may have accustomed him to a killing pace. He started as a screenwriter at age 26, and he took up film directing two years later (not an uncommon age to begin [4]). From 1948 on, he often signed two films a year as director and a third as a writer. You could make a case that his first breakthrough was really 1953, with the remarkable duo Summer with Monika and Sawdust and Tinsel. From the start, he was directing plays as well; in that same 1953 he mounted five. 1957 seems a landmark because the two films of that year became official international classics, winning festival prizes and wide distribution, but the man’s volcanic drive seems to have been there for a decade before.

In any case, the year-in-the-life format provides a handy point of entry into an astonishing, lengthy career. Magnusson has excavated many valuable documents and collected striking testimony, not least from coworkers whom the great man energetically humiliated. I learned a lot, not least that you can free up your documentary from the constraints of sheer chronology. 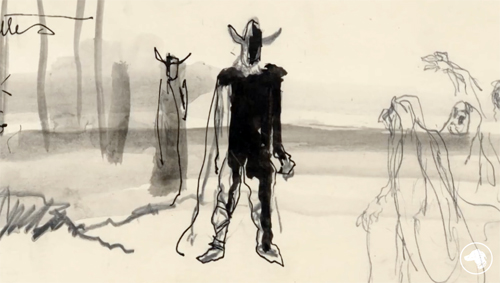 The same lesson issues more strikingly from Mark Cousins’ essayistic The Eyes of Orson Welles. Welles was of course another workaholic, moving across media freely. His energy was no less titanic than Bergman’s. For years we’ve known Welles the stage director, Welles the radio impresario, Welles the actor, and Welles the moviemaker. Now Cousins shows us Welles the graphic artist, and it’s a captivating, revelatory angle.

Welles started drawing as a child, and he later declared that painting was more important to him than filmmaking. Cousins examines hundreds of pictures archived at the University of Michigan and held by Welles’ daughter Beatrice. His film argues, with shrewd penetration, that a pictorial sensibility was central to Welles’ creative project. “You thought with lines and shapes. Your films are a sketchbook.”

How to structure this exploration? The film appears to offer trim boxes within boxes. Framing it all is a letter written and spoken by Cousins to the departed Welles. That apostrophe is in turn broken into numbered parts, some of which are in turn chopped into short topical segments. But these are engagingly digressive and untidy. For instance, part 3, devoted to Welles’s loves, skips from love of places, to love of vision itself (and Dolores Del Rio in Bird of Paradise), to love of chivalry, to omnivorous love (male friends), and finally to guilt over the death of love. A bit of Borges, a dash of Chris Marker: the swarming categories rub together in a cubistic way that Welles himself would probably have enjoyed.

In this porous, expanding design, Cousins takes us through familiar biographical terrain. The idea of Welles the graphic artist functions like 1957 in Magnusson’s film, a convenient wedge to open up episodes from family life and professional career. But Cousins brings out the pictorial side of well-covered material, such as the stage designs for the Harlem Macbeth. And he gains a lot from the frankly personal perspective. By writing a letter, he can ask rhetorical questions, mull over associations, imagine how Welles would view the modern world, and freely speculate on hidden autobiographical elements. “You wanted to be Falstaff, but you were Prince Hal.”

I came to Cousins’ film expecting a treatise on Welles’ cinematic style, and we get doses of that, but in unexpected ways. It turns out that most of his drawings don’t look a lot like his shots. Cousins floats the idea that Welles’ stay in Chicago, city of skyscrapers, may have tutored him in the low angles we see in his movies, but this seemed to me a stretch. Sketches of faces do, however, remind us of his fascination with actors, and of course his plans for sets, both on stage and on film, are very revealing. 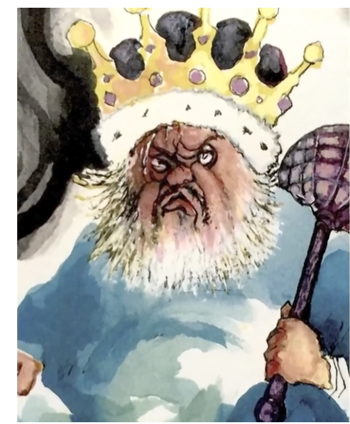 [6]Cousins is very convincing on iconography. In both drawings and films there’s a recurring image of facelessness, which I had never noticed. There’s also the motif of domination and failed kingship, rulers who “can’t escape their own power,” and these ideas lead Cousins to a brilliant discussion of Macbeth and Chimes at Midnight. And looking at the art resensitized Cousins to Welles’ cinematic strategies, whether or not they can be directly traced to a source. He points out the odd symmetrical camera movements that follow a cigarette passed along a lounging Rita Hayworth in Lady from Shanghai. This is a critic’s film, and the observations would be worthwhile even without the biographical pegs they hang on.

The obvious comparison is with the drawings of Eisenstein, perhaps more skillful than Welles’s, but equally suggestive of the filmmakers’ obsessions. Like Eisenstein as well, Welles shows a rueful humor in his sketches. Cousins acknowledges this streak in yet another section, a hypothetical posthumous reply from Welles to Cousins’ letter. Welles chastises his biographer for playing down the lighter side of his films and pictures. This is nicely illustrated by charming drawings for Christmas cards Welles sent his children. But Cousins shows the fun running down. Over the years Santa’s face droops and wobbles, the eyes grow hollow and the mouth goes slack. Santa as another ageing Welles tyrant? A teasing juxtaposition like this offers another reason to let The Eyes of Orson Welles train ours.

Snapshots of festival activities are on our Instagram page. [7]

For more on Bergman and Welles, see our categories devoted to the directors, on the right. A list of Bergman’s productions in film and other media is here [8]. 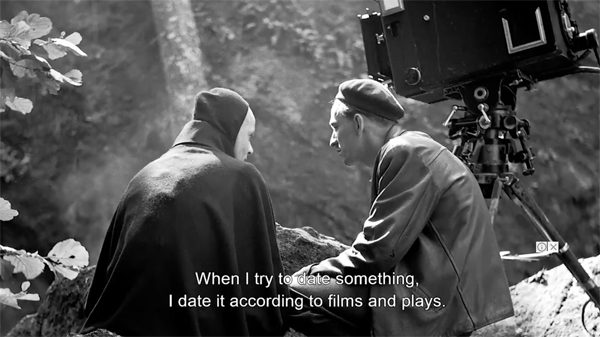