First, the latest installment [2]of our Observations on Film Art series has dropped, as the kids (and now the grownups) say. It features Kristin on unconventional lighting (including darkness) in the great early French sound film Wooden Crosses (1932). This intense World War I drama boasts scenes of Fuller-like frenzy, mixed with somber passages. It’s by Raymond Bernard, a director who was a bit obscure for a while, but who gained great prominence with the rediscovery of his remarkable Miracle of the Wolves (1924).While that film [3]doesn’t seem to be available on US video, several other  [4] Bernard films are streaming on the Criterion Channel of FilmStruck.

The arrival of Kristin’s entry tallies with the new and expanded FilmStruck [5]. To the 1200 or so features already in the channel’s library, TCM has added 600 classics from MGM, Warners, RKO, and other studios. Many of these titles, including Citizen Kane and The Thin Man, have never been available on streaming before.

The price remains the same: $6.99 per month for vanilla FilmStruck, $10.99 for it and the Criterion Channel (which nearly all subscribers take). You can get the whole package on a yearly basis for $99.00. Yes, I bought a subscription.

Third, but no less big a deal, we just learned that FilmStruck has launched in the UK [8] as well.

The choice of titles is smaller [10], partly because some films are held by other licensees in Europe, but there’s still a vast array. Cost is again very reasonable:  £5.99 per month, £59.90 for a year and two free months. We think Observations installments will be available on the UK site.

I sometimes wonder how I’d have turned out if I’d had so wide and deep an access to films during the 60s. Would I have read books or listened to music? Maybe all that kept me balanced was limited access to movies. Then again, I spent a lot of time ferreting out finds–time that could have been spent watching them. I grew up in a film culture devoted to seeking whispered-about rarities and traveling to see them. Kristin and I once went to a screening of L’Age d’or supplied by a protective collector who brought the nearly unseeable film with him on the plane. Now, in the wild spiral from scarcity to superabundance, all it takes to see Buñuel’s masterpiece is pressing your remote or clicking your trackpad [11] and paying your credit-card bill.

Life is a trade-off, but still….pretty nice to have choices. Speaking of which, our earlier installments on the Criterion Channel are here [12].

Michael Koresky has a wide-ranging introduction [13]to Bernard’s 1930s films on the Criterion site, and Phillip Lopate has a characteristically engaged appreciation [14] at Cineaste. 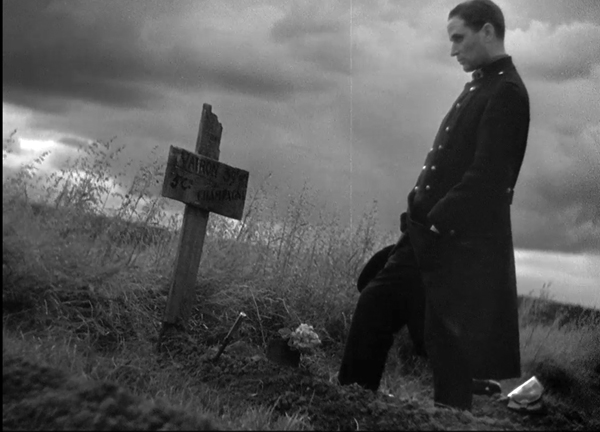