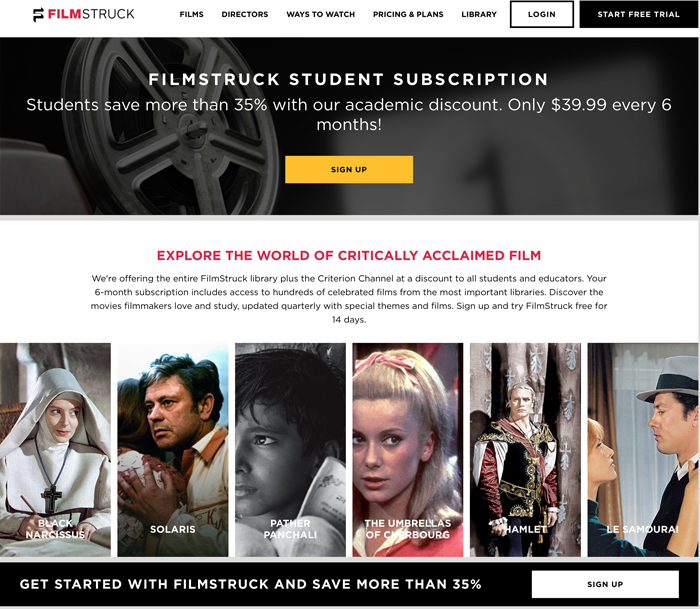 Here’s the big news. FilmStruck [2] has instituted a student rate for subscriptions: 35% off the monthly rate, which means $39.99 for six months, or less than $7 a month. The Criterion Channel [3] is included in this deal. Not only students but educators are eligible; it applies to anyone with an email address ending in .edu. You can get more information here [4].

In the current context, this seems to me a real bargain. Cord-cutting and cord-shaving are making streaming more and more common. But at least your cable subscription bundled a lot of channels offering movies from a wide range of sources. Now we face the prospect of each “content owner” setting up a dedicated streaming service.

Netflix and Amazon and Apple and YouTube are funding and buying exclusive rights to films and TV shows. Hulu remains as a source of Disney, Fox, and Warners properties, but that bundle is coming untied. Disney is planning to claw back most of its films for its proprietary streaming service. How soon before other studios mount their own streaming services?

The total cost of subscribing to your favorite services may rival a cable bill. Recognizing this, the studios have banded together to merge access to several of these sources in an app called Movies Anywhere [5]. But that’s for convenience; you’re still paying out to many providers.

Ten years ago, Kristin and two major archivists expressed skepticism about the arrival of the Celestial Multiplex [6]. Never would everything–really, everything–be available. In fact, as licenses expire and Peak TV drives streaming, Netflix and other services have trimmed their foreign and classic libraries [7].

This makes film FilmStruck an even more stupendous opportunity for film lovers. It remains a big, fat aggregator. Where else can you see, on a single night, a cache of 80s indies [8], eight movies by Phil Karlson [9], seven by Herzog [10], seven from Tunisia [11], Toshiro Mifune slicing and dicing his adversaries [12], a rare trove of French films made under Nazi Occupation [13], and several debut films [14] by major filmmakers? And that’s before you get to the Criterion Channel, which currently offers Belle de Jour, Kore-eda’s Still Walking, The Spy Who Came in from the Cold (with a unique le Carré interview), The Color Wheel, and hundreds of other titles [15]. Not the Celestial Multiplex, but close to a Celestial Arthouse. It’s what the prophets of cable TV told us to expect, but never arrived: access to world culture, at the time and place of your choosing. 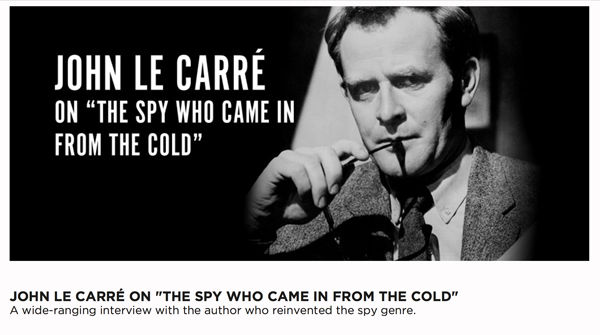 Criterion’s new deal comes at the one-year anniversary of our series, “Observations on Film Art.” Kristin, Jeff Smith, and I have posted twelve installments, with more in the works. You can access them here [17], if you’re a FilmStruck subscriber. Several of these are developed further in blog entries; just go to our FilmStruck tag [18].

The anniversary set me thinking about streaming as a way of accessing movies. For home viewing I prefer discs, but more and more I watch streaming, usually to help my research. Several obscure 40s films I studied for my new book were available only on Amazon Prime, so those got my attention. Likewise, while revising our film history text, we checked on foreign-language titles not available on disc. But now I realize that to keep up with independent films I need to stream. The quite good I Don’t Feel at Home in This World Anymore [19] didn’t get a theatrical release and doesn’t seem to be on DVD.

What startles and sort of dismays me most is the way Netflix and other services let recent releases swamp the classics and imports they still have. I’m also a bit put off by the vastness of the choice, the grid of thumbnails like stamps in a huge album. A friend told me of her husband browsing titles for so long that they give up deciding on a movie and opt for the latest episode of a TV show.

Video stores were also vast, but they came with benefits. Rereading Tom Roston’s enjoyable I Lost It at the Video Store: A Filmmakers’ Oral History of a Vanished Era [20], I was reminded how important gatekeepers and tastemakers are. The best rental shops had knowledgeable clerks, wild categories, and displays that highlighted choices by staff. What we now call “curation” was in place, sometimes in a gonzo way, to guide people through the mass of VHS boxes. Kevin Smith:

I’d try to tell people what to rent even if it was the same stupid shit over and over. I was like, “I get it, dude. Movies. Who gives a fuck what they are.” I loved talking with people. There was no Internet, so you couldn’t jump on a message board or Twitter. “This is what I loved about Guardians of the Galaxy. I am Groot! #fuckin’thismovierocks.” You didn’t get to do that. You gotta do that in person with people.

FilmStruck, while offering hundreds of titles, has regained some of that curatorial function. You can still wander freely through the catalogue, but there are also interviews, talking-head introductions, categories both obvious and imaginative, and video essays of the sort you’d find in DVD supplements. For our series, we try to hold onto a personal touch. The installments are monologues, but we think we’re steering you toward what to appreciate in the movies we talk about. At least there’s a little more sense of human contact that way. And we hope our enthusiasm shows that analyzing film aesthetics doesn’t have to be dry and bloodless.

Thanks as ever to our collaborators at Criterion: Kim Hendrickson, Grant Delin, Peter Becker, and their colleagues. 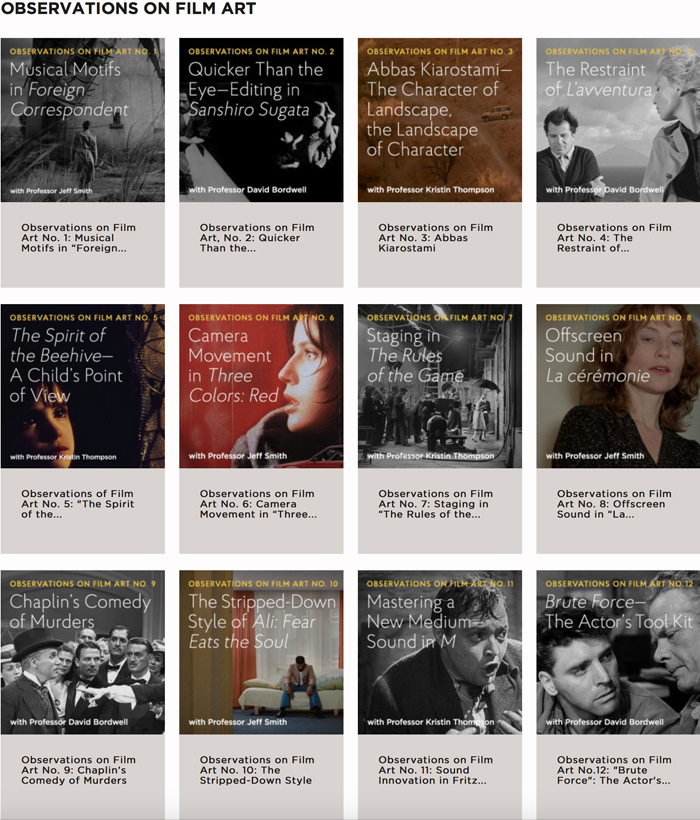