Thanks to our web tsarina Meg Hamel we have now posted an analysis of sound in Christopher Nolan’s The Prestige on our site. It sits along with others under the rubric Books>Film Art [2]. Or you can go directly to it [3].

It was originally included in the last couple of editions of Film Art: An Introduction. Why is it here now?

One of the most original aspects of Film Art from the beginning (1979) was our belief that for each technique we surveyed (cinematography, editing, etc.) we provide one example of how the technique functioned either in an entire sequence or across a whole film, or both. This, we thought, would get beyond one-off technique-spotting (“The low angle makes him look powerful”) that was common in other texts.

For several editions our sound chapter examined a sequence from Bresson’s A Man Escaped, while tracing how its use of sound fitted into the film as a whole. But we were told that the example was becoming problematic for teaching, because students had trouble concentrating on the sound while reading subtitles. So we put the Bresson analysis up on this site [2] and I wrote something new on The Prestige (still my favorite Nolan film).

It turned out very lengthy and somewhat more intricate than our other analyses, partly because of the plot’s boxes-in-boxes structure. (One guy reads another guy’s journal, in which he’s reading the first guy’s journal….) So, because we had to keep within space limitations, we replaced the Prestige analysis with a briefer one of sound in The Conversation, co-written with Jeff Smith.  That film, to be fair, is probably more frequently taught than the Nolan.

On the bright side, I’m happy that the Prestige analysis is likely to find new readers by being openly available on the Net. Had things gone differently, we’d probably have adapted it into a chapter of Christopher Nolan: A Labyrinth of Linkages [4]. But then you’d have to pay to read it, and now you have it for free.

Our new edition, number 11, of Film Art will be appearing early in 2016. Kristin, Jeff, and I have added some new things to it and its online progeny. We’ll be previewing more of it in the weeks to come. In the meantime, let’s just say FA 11 includes a new analysis of another film. Look at the cover below and guess which one.

Apart from our Nolan book and the entries it’s based on, I study another aspect of The Prestige here [5]. 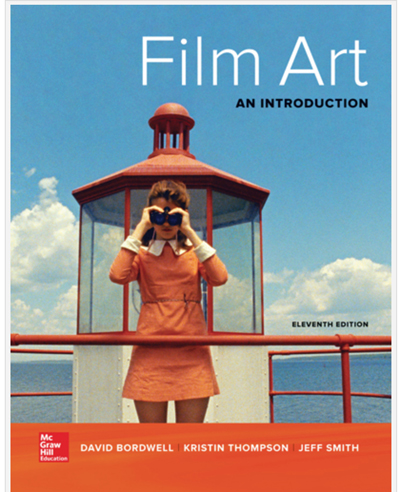