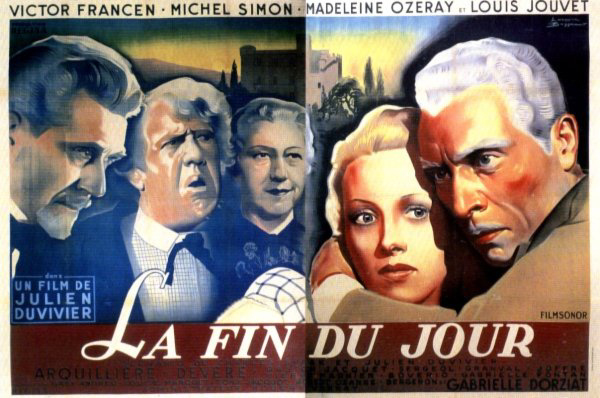 David and I are in Bologna for Il Cinema Ritrovato [2]. Once again there is an overwhelming choice of films on offer, demanding a patient acceptance of the fact that one cannot possibly see anything close to everything one wishes. Careful planning can only do so much.

If there is anything I have learned from the films in the first half of the festival, it is that one should not leave home. In the earliest surviving Mizoguchi Kenji film, The Song of Home (1925), a talented but impoverished young man accepts the idea that staying in his village is best for both himself and Japan.

Nearly thirty years later, Girls in the Orchard (dir. Yamamoto Kajiro, 1953), the heroine must choose between going to Okinawa with her fiancé or marrying a man who can help her maintain her family’s traditional pear farm. Naturally, she makes the right choice.

The heroine of Ousmane Sembène’s first feature, the pioneering Senegalese film La noire de … (aka Black Girl, 1966) leaves her home country for France and the better life she dreams of, only to find herself virtually imprisoned working as a maid in Antibes.

The lesson is clear, and yet those of us who have ventured from around the world to Bologna are all the better for it. 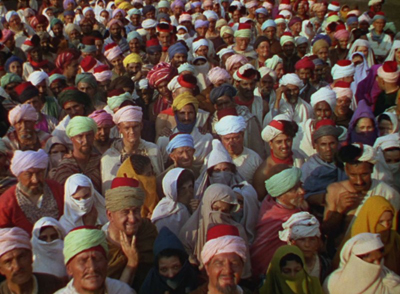 Color films have always featured on the program at Bologna, but this year various processes are on display in more threads than usual. While the past three festivals have offered a lengthy retrospective of early Japanese found films, this year’s it’s early Japanese color films. There are vintage Technicolor prints in one series, restored color from the silent era in several threads, and eye-poppers like Cover Girl among the restorations being shown off by various archives and labs.

The first screening on the opening afternoon of June 27 was The Thief of Bagdad–not the Fairbanks silent but the 1940 British version co-directed by Ludwig Berger, Michael Powell, and Tim Whelan. I must have been one of the few in the vast Arlecchino theatre who had never seen it, even in a faded 16mm print. Some were there to recapture the fond memories of their youth.

As a “vintage” print, it had an odd history. This was not a vintage re-release print, as some of us expected. It stemmed from the 1990s chemical restoration which was subsequently digitally scanned. The images looked like the Technicolor films of my youth (not quite the 1940s, but at least the 1950s). It was a relatively early film using the three-strip Tech process, which had really only reached its ideal form in Hollywood as recently as 1939, with The Wizard of Oz and Gone with the Wind.

This print had the eccentricities of the three-strip process. Some shots had poor registration, with red and green rims around the characters, while others were in perfect alignment. The matte lines for the numerous fantastical effects (flying horse, giant jinn, flying carpet) were very obvious, and the color changed suddenly for every dissolve. The print was probably not a bad indication of what audiences would have seen at the time.

The design certainly took advantage of the color process, with numerous false-perspective sets and costumes carefully arranged to show off the range of bright hues that Technicolor could achieve (above).

As for the film itself, it is extremely charming without being one of the masterpieces of the era. It suffers from having a bland pair of actors as Ahmad and the princess who loves him, and Sabu is perhaps a trifle too irrepressible as the titular thief, Abu. Miles Malleson, the comic character actor who co-scripted the film, steals the show as a Sultan so obsessed with elaborate mechanical toys that he trades his daughter to the villainous Jaffar (Conrad Veidt, acting rings around much of the cast) for the flying horse. It was an epic in its day and perhaps helped give rise to the many Technicolor fantasies of the 1950s.

A different sort of range was shown off in a program of silent films restored by the EYE Filmmuseum of the Netherlands. These included hand coloring, as in a 1915 short documentary preserved under its English title, Dutch Types, primarily consisting of shots of villages and schoolchildren.

A 1913 Italian film La falsa strada (dir. Roberto Danesi) was a tinted print. It starts off with a familiar situation of an opera singer giving up the stage to live a quiet life on her rich husband’s country estate. One might expect a young lover to rescue her from her boredom, but instead her very lively show-business friends from the city visit and cause the husband to be jealous of the singer’s apparent preference for their company over his. Unfortunately the final reel was missing. 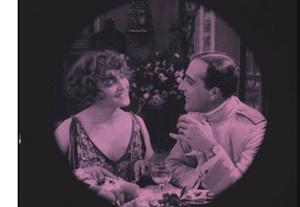 Even more incomplete was Una notte a Calcutta (dir. Mario Caserini, 1918, right). Only a couple of scenes totaling eleven minutes survive, but they show off the talents of diva Lyda Borelli and suggest that the settings and costumes for this otherwise lost film were impressive.

The emphasis on color promises to continue next year, as with the hints dropped concerning further early Japanese color films to come on a second program.

The auteur of the year 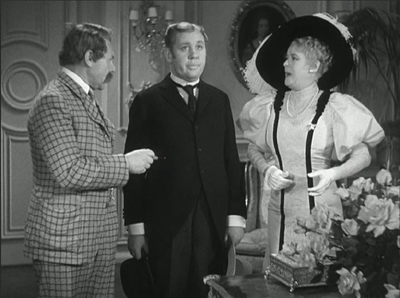 Following a long-established tradition, the festival includes a retrospective of a Hollywood director, Leo McCarey. Having seen quite a few of the films on offer, I haven’t followed this thread faithfully. I fondly remembered Ruggles of Red Gap (1935) from a single 16mm viewing many years ago, though, and decided to watch it. I was glad I did. For a start, it was a mint 35mm print and a joy to watch. Moreover, I had remembered Charles Laughton’s performance as hopelessly mannered and eccentric. This time I caught many of the subtle gestures and glances that he used to convey the thoughts of a character who, at least in the early scenes, speaks little and then only very formally. The supporting cast is ideal for the witty script that condenses the overly long original novel.

McCarey got his start by directing two-reelers with some of the best second-tier slapstick comics of the 1920s, including Charlie Chase, Max Davidson, and Mabel Normand. One program of three showed off each in turn. The Uneasy Three (1925) casts Chase as an aspiring burglar invading a society party with two partners-in-crime sneaking in by impersonating a trio of classical musicians. Don’t Tell Everything (1927) has Max Davidson marrying a wealthy widow, only to have his obnoxious freckled son (Spec O’Donnell, as always) worm his way into the household by disguising himself as a surprisingly convincing maid. Finally, Should Men Walk Home? (1927) teams Creighton Hale and Mabel Normand in another stealing-a-brooch-from-a-society-party plot. Normand gives a late, great performance. (Imdb [5] lists this as her penultimate role.) 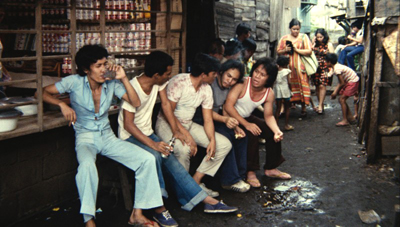 I always try to see the latest films restored by the World Cinema Project, which aims to save important movies made in countries that do not have the archives or resources to protect them. This year the films were La noire de …,  Sembène’s first feature, Ahmed El Maanouni’s Moroccan film, Alyam Alyam (aka Oh the Days, 1978), and Lino Broca’s Insiang (the Philippines, 1976).

La noire de … deals with the post-colonialist effects of French rule in Senegal, with the heroine Diouana (below) eager to visit the France of her dreams. Once there, she is never allowed to leave the apartment of the French couple who has employed her; they told her she was to care for their children, but she is relegated to household tasks.

Our friend Peter Rist recalled seeing this film with a color sequence, but this was not included in the restoration. The informative panel introduction to the film, led by Cecilia Cenciarelli of Project, revealed that a sequence showing Diouana’s arrival in Marseilles was shot in color. The idea was to show the heroine’s hopeful view of her new country, contrasting with the black and white of the rest of her film as that hope dissipates. Cenciarelli said that there is no clear evidence that Sembène intended this color scene to be part of the final film. If it survives, it would make a valuable supplement to a future home-video release.

Going from Ruggles of Red Gap to Insiang was an experience in contrasts of the sort one often has here. Insiang is the film’s heroine, a laundress living in a Manila slum. The film was shot in a poverty-stricken area and incorporates many candid shots of children playing in mud and puddles. Much of the action involves shiftless young men who drink and gossip as the women around them do most of the work (above). Against this reality-based milieu, Brocka sets an extremely melodramatic story of Insiang and her mother competing for the affections of the same wastrel. One suspects that Brocka was trying to make his grim film palatable to a broader audience, but the film was a financial failure.

Maanouni took a very different approach for Alyam Alyam. There is a minimal plot about a young peasant earning money to travel to France or the Netherlands for work. This character and his mother and grandfather, 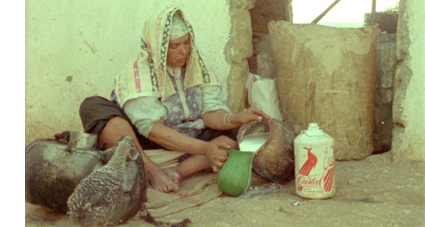 [7]who strenuously object to be his perceived desertion of them, appear at intervals through the film. Most of the scenes, however, are poetic views of village life, evoking both the back-breaking labor of the countryside and the beauty of its traditions.

In introducing the film, Maanouni said that he wanted to question why Morocco cannot provide the opportunity and incentive to keep young people from leaving. By emphasizing a lyrical depiction of the countryside and the impossibility of earning anything but a subsistence wage, he makes vivid the sad waste of the nation’s potential–a problem that has persisted for decades since the film was made.

The unending march of restoration

The one theme that persists from festival to festival is the thread of re-discovered and restored films. The screenings and, increasingly, the panels and lectures on archival methods, reminds us of how expensive and difficult this process is and how much work goes on each year.

The main film I have seen so far among the restorations is Julien Duvivier’s little-known 1939 film, La fin du jour. (A restoration of his more famous Le belle equipe, 1936, was also shown this year.) It’s the story of a group of actors living in a chateau supported by private charities and dedicated to taking care of aging thespians. They play out their individual dramas against the backdrop of a threatened bankruptcy of the home and a dispersal of its inhabitants to various government hospitals across the country.

There are three primary stories. Cabrissade (Michel Simon) maintains his claim to dramatic fame despite having been only an understudy, and that to a star who never missed a performance. Now entering the home and disturbing its equilibrium is Saint-Clair (Louis Jouvet), an unrepentant seducer and liar. Marny (the less famous but excellent Victor Francen) is a successful actor depressed over his wife’s death, perhaps by suicide, after she ran away with Saint-Clair.

There are numerous small plotlines played out by skilled character actors of the era. The ensemble is interwoven in an impressive example of the “Cinema of Quality,” here practiced by scriptwriter Charles Spaak in collaboration with Duvivier. The tale briefly becomes maudlin toward the end but overall is a touching and often funny depiction of old age among a group particularly reluctant to face that time of life.

In the second half of Il Cinema Ritrovato, I’m concentrating on a small retrospective of Iranian cinema of the 1960s and 1970s, as well as a long-awaited restoration of Satyajit Ray’s Apu Trilogy.

David’s book Figures Traced in Light discusses how The Song of Home displays Mizoguchi’s early mastery of Hollywood-style staging and cutting, before he went on to try considerably different techniques.

Thanks to Manfred Polak for a correction regarding La noire de … His blog entry on the film is here [8]. 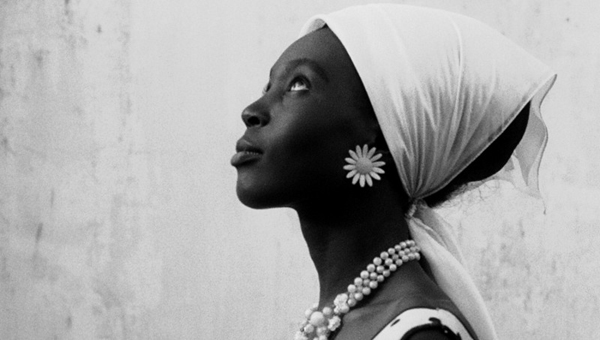