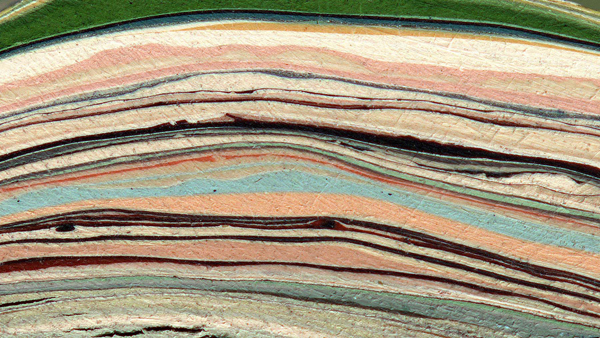 Last week we held another annual meeting of the Society for Cognitive Studies of the Moving Image [2]. I think it’s safe to say that a hell of a time was had by all. I hope to file a report on some of what was said in nearly 100 presentations across 3 ½ days. For now I want just to note a conference highlight that deserves special notice. 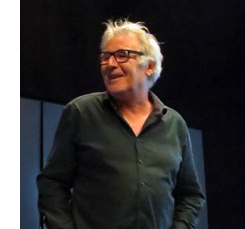 [3]English filmmaker John Smith has been working since the mid-1970s, originally in 16mm and now in HD video. On Thursday 18 June, several lucky participants got a very substantial sampling of his career’s achievement in an evening retrospective.

In their visual wit and their emphasis on perceptual shifts, Smith’s films owe something to the international Structural Film trend, but they stand out by their wit and their almost classical beauty. I saw affinities with Hollis Frampton, especially in Associations (1975), in which a test of word-associations slips hilariously out of control. But Smith seems to lack Frampton’s interest in poeticizing scientific and philosophical concepts. The work sampled in our session was characterized by sensuous appeals: precise framing, saturated color, image-sound counterpoint, and richly detailed landscapes. The conceptual element entered as teasing jokes or half-formed narratives.

I had seen three or four before. Hackney Marshes–November 4, 1977 wasn’t in the program, but Kristin and I referred to it in Film History: An Introduction, because of its brash editing patterns. More famous, I suppose, and screened on Thursday, was The Black Tower (1985-87, below), with its oppressive rectangle looming over a striking variety of locales. The film keeps cutting among widely different vistas and neighborhoods, each with the tower visible in middle distance. The associations pile up: state surveillance, a prehistoric monolith, a dark temple, or an alien spacecraft. It was a pleasure to see again.

Altogether different is another of Smith’s most famous works, The Girl Chewing Gum (1976). A busy street is rendered strange by the soundtrack, in which a commentary seems to be directing the whole ensemble of passersby and traffic. Quite soon the voice-over turns into something quite odd. I find a whiff of Monty Python in this charming lesson in image/sound interference. (You can watch it on Vimeo here [4].) 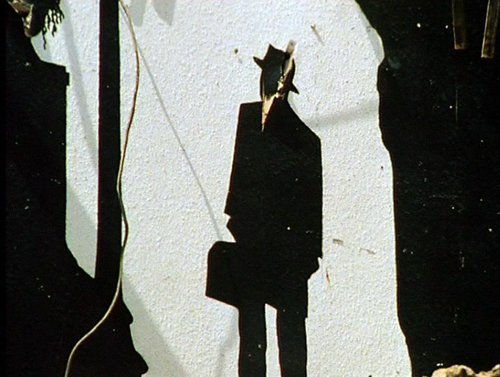 One of the most striking selections was Blight (1994-96). The demolition of a nearby building becomes, through Smith’s maniacally locked-down camera, a study in abstract composition and eerie movement. My stills can’t suggest the way in which apparently fixed timbers and bricks suddenly shift or fall, moved by no visible hand. The music by Jocelyn Pook further “defamiliarizes” imagery of collapsing walls and exposed wiring. And the tattered man above seems to be watching the whole proceedings. 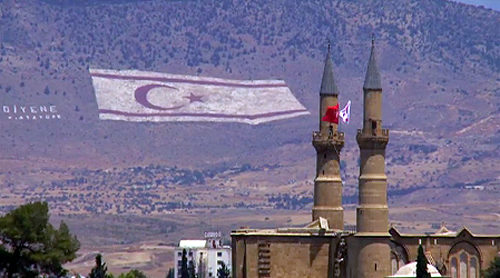 The program concluded with recent work. Flag Mountain (2010, above) elicited much comment. Fixed stop-motion telephoto shots of a mountain in Nicosia become almost hallucinatory in vibrant HD video and rapid day/night alternations. Dad’s Stick (2012, above) is a lovely tribute to Smith’s father, but it’s also a witty game of form. What seems at first to be a voluptuous abstract painting turns out to be something more mundane, but now mysterious in its accidental beauty. As a bonus, you get a good-natured teasing of art critics’ jargon. Part of Dad’s Stick is here [7].)

John proved a delightful and modest commenter on his work. He points out that the fixity of each image allows him to treat them as discrete items, like letters of an alphabet, so that the cutting has a crisp force. He’s come to like HD video, but yearns to “get out the old Bolex and shoot one last film.” He declines all the standard labels—avant-gardist, experimental filmmaker, maker of “artist’s films.” He thinks that his films can be appreciated by anybody who’s open-minded, and I think we all agreed. Quiet yet powerful, John Smith’s work seems to me to attest to the continuing relevance of artisanal filmmaking.

You can visit John’s website here [8]. A large selection of his work is available on the three-DVD set John Smith, available from Lux here. [9] The discs aren’t region-coded. Every university should have this set, as well as the Cinema 16 collection, British Short Films, [10]which includes work by John and his contemporaries.

Thanks to Tim Smith, Murray Smith, and John Smith (no relation, none at all) for arranging this wonderful evening. 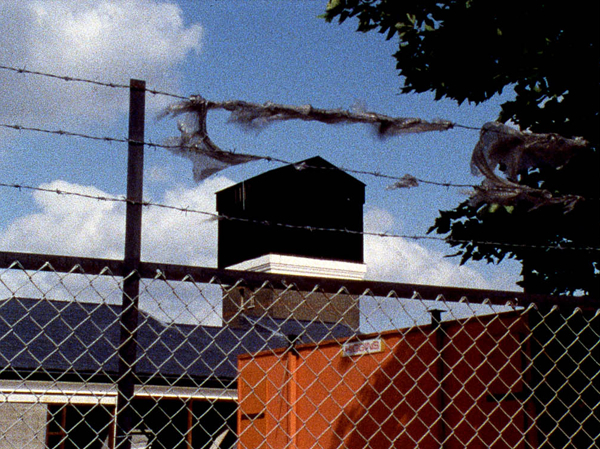