DB here, with some first impressions of this year’s Vancouver International Film Festival [2].

We alternate days of rain and days of sunshine, but crowds still keep turning up. Some screenings are packed full, and most of those we’ve visited are solidly attended. Herewith some notes on three of the most intriguing movies I’ve seen so far.

The getting of wisdom 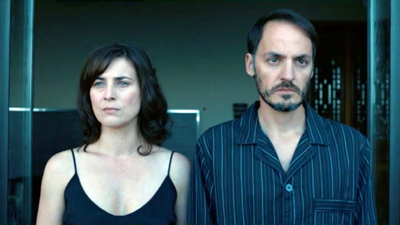 The last Eugene Green movie I saw was The Portuguese Nun, which I discussed in a 2010 entry [4]. His latest, La Sapienza, is more user-friendly, somewhat closer to American art-house accessibility.

A married couple in a politely disintegrating relationship takes a trip to Italy, and then their paths diverge. Alexandre, a famous architect who conducts research on the side, takes along on a field trip the young Goffredo, who wants to be an architect as well. Aliénor, a psychoanalyst, stays with Goffredo’s sister Lavinia, who suffers from fainting spells. Each character comes, by a quiet path, to a degree of peace and reconciliation. Alexandre even renews his creative energy, thanks partly to Goffredo, who insists that architecture is not only about space but what fills it: Light and people.

As ever with Green, everybody is gorgeous; the clothes are casually splendid; the backgrounds are magnificent. Threaded through La Sapienza is overwhelming architecture (Turin, San Carlino, Rome), accompanied by Alexandre’s discussion of Francesco Borromini’s career. The climax, a muted one, takes place in the Chapel of San Carlo, filmed in appropriately radiant majesty. In a way, the movie is a fine art-history class.

Crosscut with the two men’s journey are the ministrations of Aliénor to Lavinia, who comes out of her shell when shown kindly attention—and exposure to the theatre. (Le Malade imaginaire, no less.) Green is one of the few filmmakers today who makes movies in homage to the pleasures of aesthetic experience. No wonder that one of his films has the title Le Pont des Arts. But he’s not completely highfalutin. One scene makes fun of pretentious contemporary artists, chiefly to throw the purity of classic art into greater relief.

Green’s signature staging and cutting are still in force; he offers a sort of parodic simplification of analytical editing’s progression of master-shot, over-the-shoulders, and singles. Given these familiar patterns, we quickly get used to the artifice of to-camera address, sometimes in extreme close-up. Viewers who admire Wes Anderson’s style [5] should check out Green’s more austere handling of planimetric imagery. 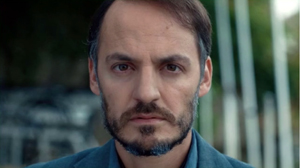 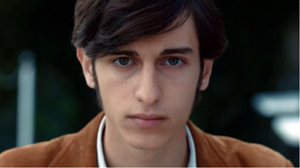 Most American studio pictures allot a separate shot for each character’s line, and Green does much the same, but his pace never seems as rushed. I think it’s partly because of the pauses between lines, which allow us to wait for more from the speaker, or to anticipate how the listener will react.

All in all, another piece in that cloisonné mode that Green has made his own. But La Sapienza has freshness because of its new subject matter. We get not a romance among young people but a fading love among their elders. The film harks back to a great tradition of disenchanted couples visiting alien places, from Voyage to Italy to Certified Copy. And the actors, particularly Christelle Prot as the wife, have an intelligent vivacity. Alexandre’s demeanor and expressions, robotic in the opening scenes, warm and relax across the film as he comes to enjoy visiting Borromini’s sites and learning from his young companion. The film exemplifies what Alexandre describes as one building’s integration of human bodies and rigorous patterns: “Living figures in geometrical constructions.”

Another film about a couple’s troubles while they’re away from home is Force Majeure, a new Swedish film with the original title Turist. Tomas and Ebba seem to have a fine upper-middle-class family, with beautiful kids Vera and Harry. Seeking quality time, they arrive at a high-tone ski resort in the French alps. They have a pleasant visit at first, punctuated by the cannons that trigger controlled avalanches, until one such snow slide seems to threaten them on a patio. Tomas’ reaction puts their marriage in question, and Vera and Harry become fussy and scared. Tomas comes to see the family crisis as the collapse of his male identity.

As with the Green film, people talk a lot. In the great tradition of Nordic drama and Bergman psychodrama, what we’ve been shown must also be discussed [9], and the past dredged up, and bystanders dragged into intimate crises. The central scene, in which Ebba presses Tomas to explain himself in front of another couple, runs by my count over twelve minutes. Its painful but riveting drama drifts into satire when Tomas’ intellectual friend tries to find evolutionary explanations for what happened.

Unlike the Green film, Force Majeure is the opposite of austere. Even without the breathtaking scenery, the ski lodge is given a sort of ersatz grandeur itself. And the big moments swallow up speech in sumptuous visual effects, most obviously the avalanche but also an eerie scene that appears to record a flying saucer’s surveillance of the lodge. The spectacle doesn’t stop in the coda, a vertiginous bus ride that leaves issues of courage and family unity uneasily suspended.

According to reports, John Ford once remarked that a running horse is the most beautiful thing in the world. There’s some evidence for the claim in Of Horses and Men, an Icelandic film about life in a valley among horse farmers. It’s composed of episodes of local life, sometimes trivial and sometimes life-or-death, taking place across a summer.

The locals let much of their stock roam across the valley until they herd them into a corral for the winter. The massive roundup, spiced with some sexual shenanigans, forms the film’s climax, with majestic shots of galloping horseflesh. The final crane shot celebrates the vastness of the herd against the stupendous landscape, while giving it human scale with an ambling musical score reminiscent of Morricone’s lighter tunes.

So this is not your standard hardscrabble-life-in-distant-places film. Granted, the neighbors, a scruffy lot given to passing around flasks and snuff, are attractively cranky and realistically unpretty. None would get an audition for Eugene Green. But their petty quarrels, as when one rancher keeps snipping the barbed wire that another rancher keeps stringing across a thoroughfare, become comic (though some lacerations are involved). Particularly hilarious is the scene of a rancher so devoted to drink that he goads his poor steed to swim out to meet a Russian fishing boat carrying lethally strong alcohol.

What a pleasure to meet a movie that tells its story visually! Details of behavior matter. The ritual of bridling a horse gets carried out in ways that characterize the riders, and there is one moment, in which a young woman accomplishes the apparently impossible, that is crowd-pleasing without being over the top—all presented briskly and with hardly any dialogue.

Another laconic scene takes place after the credits. A lantern-jawed rancher proudly steers his trotter to breakfast with a neighbor woman. Director Benedikt Erlingsson introduces other major characters by showing them in their yards watching the gentleman’s ride. In turn, he learns they’re watching by catching the glint of sun on their binoculars.

This bit of routine suggests what passes for entertainment among these nosy folks. It also becomes a running gag, so that in later scenes, as soon as we cut to the horizon and see the telltale flash, we know someone’s eyeing the action. This sort of pictorial economy, rare in today’s films, eliminates exposition and lets us think we’re smart.

In fact, the act of looking becomes a persistent motif, as most episodes are introduced by a screen-filling close-up of a horse’s eye, with humans or landscapes reflected there. It’s as if these beautiful beasts are quietly observing their masters’ foibles.

Kino Lorber [11] will distribute La Sapienza in the United States, Magnolia [12] will do the same with Force Majeure, and Music Box Films [13] will be offering Of Horses and Men. 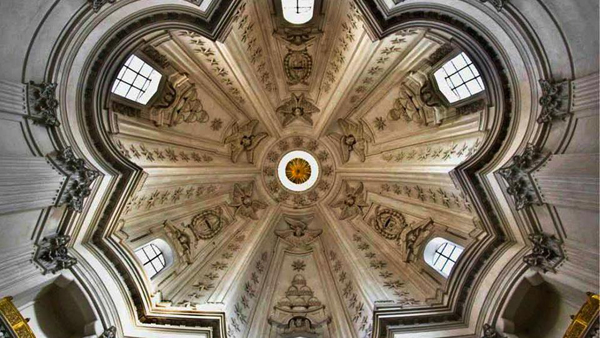