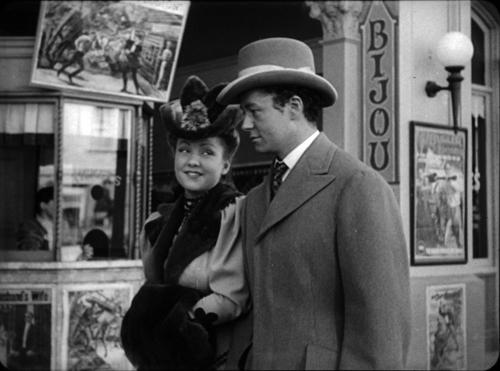 Some readers may recall my post on The Magnificent Ambersons [2] back in May. I argued that Welles built a sense of the irretrievable past into many aspects of the film’s narration. He used the voice-over commentary to evoke times gone by, but also ellipsis, offscreen action, constant recitation of memories, and other strategies. In addition, there were moments of cinephile nostalgia, including the iris shot at the end of the snow scene and the concluding credits of the actors slowly turning to face the audience, as in the manner of films of the 1910s.

Then there were the movie posters. George and Lucy are walking through the town. He’s about to leave for Europe, and she feigns a polite lack of concern. They pass the Bijou movie house, which flaunts several posters. I managed to identify all but one, the one tucked in the lower right of the frame above. I just couldn’t properly read the title, even on a good 35mm print.

Blown up from 35, the clearest view we get of it looks like this. 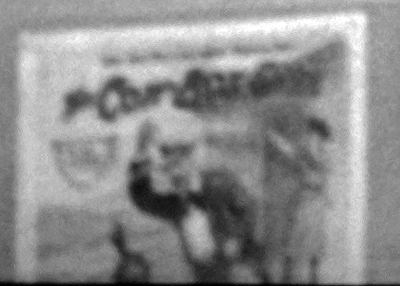 I thought it might be The Coin-Box Girl, but no such film title existed. Some readers– Jacopo Pes, Ivo Blom, and Paolo Cherchi Usai (thanks to all)–proposed some possibilities. Alas, none of their suggestions seemed to fit. Even running through the Library of Congress copyright listings for films didn’t yield a plausible candidate.

Over a lunch with colleague Eric Hoyt last week (Eric is one of the geniuses [4] behind Lantern [5]), we talked about this. Eric had access to a bigger list of titles than that of the LoC, and he suggested that the first words might be cow-boy. Checking his list, we find that there was indeed a May 1912 Pathé release called The Cowboy Girls. It’s also listed in Lauritzen and Lundquist’s American Film-Index 1908-1915 [6] under that name. It might well have been postered as The Cow-Boy Girls. (We now assume that the squiggly line after “Cow” is a hyphen. It might be just a really curly w.) An April 1913 ad from the Carbondale Daily Free Press lists a film called The Cow Boy Girls, so if it’s the same movie, there was some freedom of punctuation around it. 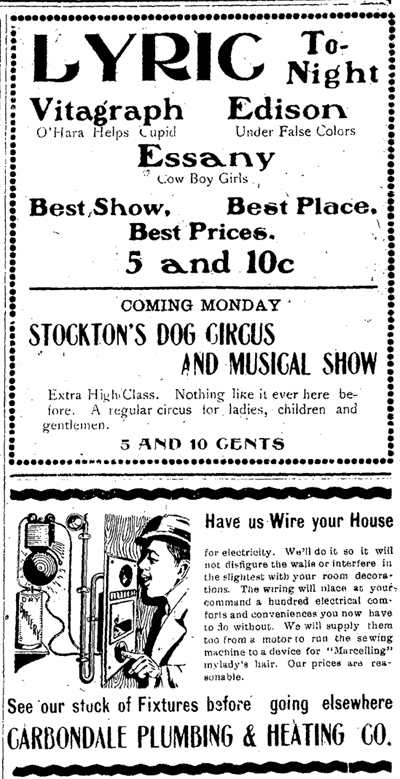 I left the second ad underneath so you can appreciate having electricity.

It would be very nice to check a poster of the film, but I haven’t found one. Here, though, is a synopsis from Moving Picture World of 1912 [8]. (Again, thanks to Lantern.)

This doesn’t quite match the image on the poster, which shows a man apparently about to strike a Native American kneeling before him. But in the background, more visible in the half-framed poster, there seems to be a young woman coming out of a cabin protesting, and perhaps brandishing a pistol. (Open Carry applies here.)

There are other anomalies. If this is indeed The Cowboy Girls from Pathé, does the triangular shield logo in the northwest corner boast a rooster? Some Pathé titles did, as for this 1908 French release (one of the most important films ever made). On the four shields, the rooster (also to be seen as decor in Pathé interiors [10]) is joined by the eternal symbol of the theatre, the comic and tragic masks. 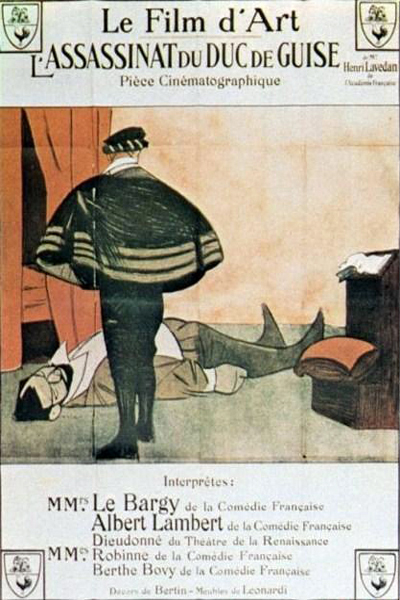 And if The Cowboy Girls is a Pathé title, did the Carbondale ad list it as “Essany” (Essanay) by mistake? Or is that a different cowgirls movie? It may be relevant that there was a vaudeville play called The Cow Boy Girl, which was touring at the same period. Filmmakers may have tried to cash in on that. Or maybe the Ambersons Bijou was presenting that stage show rather than a film?

Still, until somebody comes along with a better account, I’m ready to believe that we’ve found the film. The clincher for me is the Cowboy Girls’ date: 1912. Except for the fake lobby card promoting a nonexistent Jack Holt movie, all the discernible film posters in the Ambersons scene are from 1912 releases.

This obsessive synchronization is surely the work of a film nerd, either Welles or a staff member. Geek calls out to geek, from 1912 to 1942 to 2014. See? I’m not the only fussbudget here. 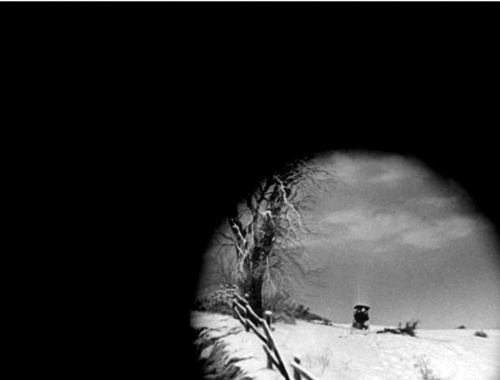