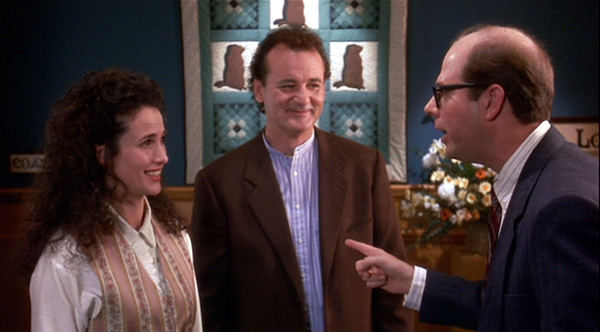 Back in 1999, my book Storytelling in the New Hollywood [2] (Harvard University Press) was about to be published. It was an attempt to suggest that, contrary to the talk of “post-classical” or “post-Hollywood” norms having taken over American filmmaking, the most important classical principles that had been at work since the 1910s were still going strong.

I outlined those principles in the opening chapter, discussing character goals, deadlines, dialogue hooks, unity, and the like. I also argued that, based on my analysis of many films from the 1910s to the 1990s, the vast majority of features followed a structure involving four large-scale parts, or acts–not three, as the popular Syd Field model would have it.

To do that, I analyzed the techniques of ten films usually considered to be models of unified, sophisticated narrative structure: Tootsie, Back to the Future, The Silence of the Lambs, Groundhog Day, Desperately Seeking Susan, Amadeus, The Hunt for Red October, Parenthood, Alien, and Hannah and Her Sisters.

The book was not intended to be a screenplay manual as such, though I know it has been used in some classes and by some aspiring screenwriters.

Ordinarily the press would have asked me to name some prominent film scholars who could be asked to write blurbs for the cover. It occurred to me, though, that it might be better in this case to take each chapter and send it to its director and to its main screenwriter and ask them for blurbs instead.

That turned out to work pretty well. Several didn’t answer, and other answered too late to be included. I ended up with three blurbs of which I am very proud, from Ted Tally for The Silence of the Lambs, Susan Seidelman for Desperately Seeking Susan, and from Harold Ramis for Groundhog Day.

Ramis’ recent death prompted me to dig out that old file. He had written back to my editor not with a sentence or two to use as a blurb, but with a page-and-a-half letter on the subject; it included a blurb down toward the bottom. It’s a letter that reflects how kind and smart Ramis was, and how much he had thought about writing and narrative–even though the process of writing screenplays was probably largely an intuitive one. It shows that he knew something about academic film studies, even if he had some “quibbles” with them. I certainly never meant to suggest that everything I pointed out in the films I analyzed was intended by the director and/or screenwriter. I would say that everything I pointed out was a result of their skill and experience. Even when something happens by accident during filming, someone has to decide whether or not to keep it in.

Rather than just sticking the letter back in the file, I thought I would share it with you. Having a little more of Ramis available can’t be a bad thing.

Thanks for sending the chapters of Kristin Thompson’s book Storytelling in the New Hollywood and please convey my thanks to Ms. Thompson for including Groundhog Day among the “modern classics.” My only quibble with scholarly film analysis is the occasional tendency to read more significance into certain details than was actually intended, or to think that certain accidents of production, on-set discoveries, or improvisational dialogues were planned and scripted. I realize, from a Deconstructionist point of view, it hardly matters what I think anyway, so let me set aside my minor quibbles and congratulate Ms. Thompson on her new book. If you would, please pass this letter along to her.

I am not a student of screenwriting so I’m afraid I can’t comment intelligently on Ms. Thompson’s theoretical model. Certainly, the fact that most movies are about two hours long will determine to a large extent the length of the set-up, the placement of the crisis, the climax, and the denouement, but rather than look at films in terms of “acts,” I prefer to think in terms of “actions,” as if the narrative line were a string of pearls, dramatically linked, each taking the audience forward to the next point. If any particular action doesn’t advance the plot or contain some new information, it doesn’t belong in the narrative. As a writer I generally proceed more intuitively than structurally. As Ms. Thompson suggests, I suspect that most of us have simply absorbed the classical film structure during our formative years as members of the audience.

When I was hired to write my first Hollywood screenplay, Animal House, the producer handed my collaborators and I paperback copies of Butch Cassidy and the Sundance Kid, and said, “This is what a good screenplay looks like. Just do that.” More than twenty years later, my only useful conclusion about structure is that nothing will work if you don’t have interesting characters and a good story to tell. One can argue for or against the three-action structure, but, whether or not there are consistent rules about the :well-made” screenplay, it’s already true that there are more well-constructed, formulaic screenplays than there are good ones. Also, one must always keep in mind that Hollywood films are almost invariably rewritten by additional (though not always credits) writers. One writer may be thought of as strong on structure, good for a solid first draft, another may be known for his dialogue, others for punching up action or comedy. Also , the Hollywood writer is always responding to script notes from studio executives, story departments, his producers, the director, and from his principal actors. In this convoluted and often tortured process, it’s sometimes impossible to attribute the final screenplay to the calculated intentions of one writer or team, and it’s often left up to a panel of Writers Guild arbiters to determine screen credit.

I didn’t intend to write such an inflated letter but there’s a lot to say on the subject and I have a considerable amount of experience.

If it’s useful to you, you may quote me as saying that Ms. Thompson’s insightful analysis of Groundhog Day and of the screenwriting process in general should be fascinating to both writers and audience alike. More thoughtful writing and more discerning audiences can’t help but lead to better movies, and this informative and provocative book is a step in that direction.

Best of luck on the publication of Storytelling in the New Hollywood and please feel free to contact me if you need any further comments. 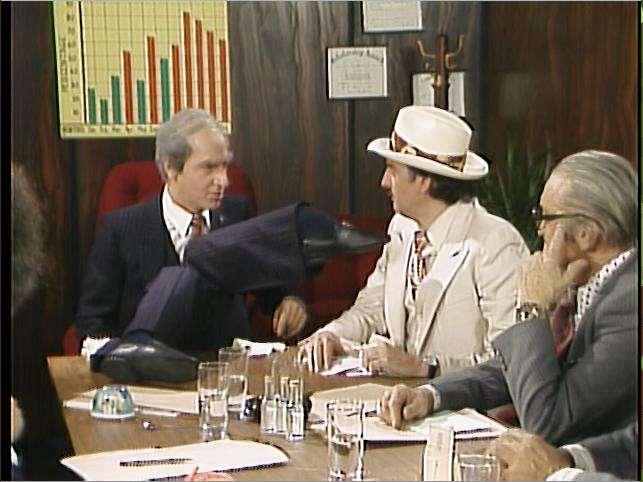