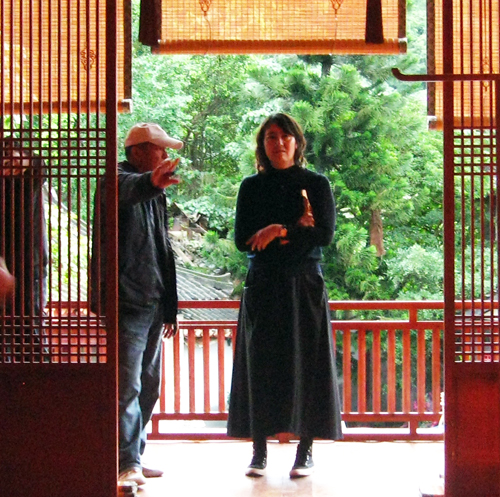 Hou Hsiao-hsien and producer and production designer Huang Wen-ying on the set of The Assassin. Photo by James Udden.

About a year ago Jim Udden visited Hou on the set and shared his insights with us in this entry. [3]

A new Hou film, especially if it featured swordplay, would make me a very happy man. 2013 was a good year for several top Chinese directors, especially Tsai Ming-liang [4], Jia Zhang-ke [5],  Johnnie To Kei-fung [6] and Wong Kar-wai [7]. Having a new film from Hou augurs well for the Year of the Horse. And it stars the sultry Shu Qi.

P.S. 19 January 2014: Alas, the Year of the Horse won’t be as auspicious as I’d hoped. Jim Udden tells me, on the basis of a message today from Ms. Huang, that The Assassin will require another year for post-production. But they are likely to show some clips at Cannes, so there’s that. . . . Thanks to Jim and Ms. Huang for the correction and update.