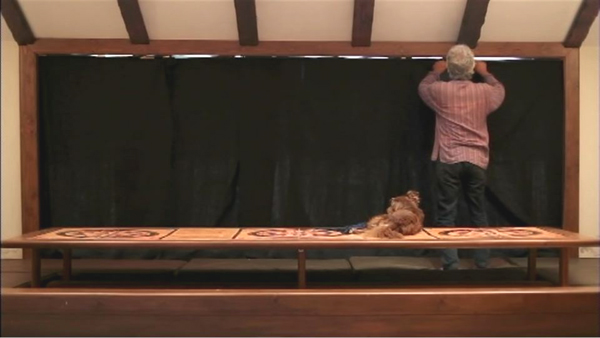 Two years ago David and I wrote about [2] a group of Iranian and Israeli films that featured prominently in the 2011 VIFF program. This year’s program [3] boasted several more, many of them by the same directors.

Despite still being banned from filmmaking and forbidden to leave Iran, Panahi has followed This is Not a Film with another  fascinating feature that has made its way abroad. This time he co-directs with Kambuzia Partovi, who also plays one of the main characters, a screenwriter.

The writer flees to a seaside house (apparently Panahi’s) to hide his dog from a roundup of animals deemed “unclean” under Islam. Once ensconced, the writer tries to conceal his pet by sealing the many large windows with opaque curtains. Eventually their privacy is invaded by another refugee, a young woman sought by local police for participating in a nearby party.

This first section of the film seems to be a straightforward allegory for Panahi’s own situation, but well after the midpoint, Panahi himself appears and takes over as the main character. With the curtains removed, he stares at the pond behind the house, seemingly having a vision of himself amid the beauties of nature. He also gazes at the sea in front of the house, envisioning himself walking into it to commit suicide. 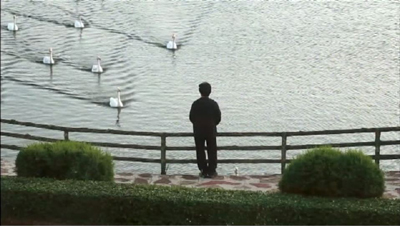 The opening stretches emphasize suspense, when the writer hears voices and sirens outside, and unseen officials hammer against the door.  The result is an image of the creative artist forced to conceal himself from forces of authority. With Panahi’s appearance, the film becomes more subjective than allegorical, and the abrupt juxtaposition of the two parts of the film create a puzzling whole. But that whole is rigorously filmed and arouses interest throughout.

In 2010, I posted [6] about Rasoulof’s beautiful film, The White Meadows (2009), an overtly allegorical film about the sufferings of various sectors of Iranian society. At that point I wrote, “He was arrested alongside Jafar Panahi (who edited The White Meadows) and about a dozen others on March 2. Fortunately he was released fairly soon, on March 17. What his future as a director in Iran is remains to be seen.” Most immediately, he was given a prison sentence and banned from filmmaking. Neither condition evidently kept him from finishing the impressive Goodbye (2011), which I discussed here [2]. More recently, upon returning to Iran from Europe, Rasoulof has had his passport seized [7] and is unable to travel or to reunite with his family. Most observers believe that this treatment is a response to his harshly critical new film, Manuscripts Don’t Burn, which has attracted attention at several festivals.

Manuscripts Don’t Burn differs considerably from The White Meadows. There is no hint of allegory here as Rasoulof examines the state surveillance system.The plot centers around two dissident authors and their strategies for hiding their manuscripts and evading the authorities. While a ruthless, educated young official decides on two authors’ fates, two working-class men carry out the kidnapping, torture, and murders that he orders. The hitmenare seen as victims themselves, as one of them, trying to pay medical bills for a sick child, continually finds that his last job’s payment has not yet been transferred to his bank account. They endure stakeouts in chilly weather and grab takeout food on the fly. The whole film is shot in muted tones (in both Tehran and Hamburg) and conveys a sense of unrelenting grimness.

The plot is drawn from unspecified real-life events, and the film cautiously carries no credits for cast or crew. (For more information on the film’s background, see Stephen Dalton’s informative review [8] from the film’s premiere at Cannes.) 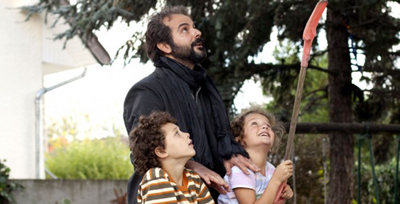 Since A Separation (2012; see our entry here [10]) became the first Iranian film to win an Oscar for best foreign-language film, Farhadi has become the most prominent director working in that country. This is witnessed by the fact that his new film, The Past, has been put forth as Iran’s candidate for this year’s Academy nomination.

The plot of the new film draws upon familiar strategies that created a strong, moving situation in A Separation. Again a husband and wife are on the brink of divorce. In this case, the husband, Ahmad, is Iranian, and the wife, Marie is French. Clearly they had lived together for a time in France, since when Ahmad arrives from Tehran, he knows how to get around Paris. Marie has two daughters from a previous marriage and plans to marry the small-businessman Samir, by whom she is pregnant. Samir has a morose young son who resists the idea of having Marie as a mother.

With this larger cast of characters, disagreements and obstacles pile up. Marie is extremely strict and strong-willed. Her older daughter is rebellious and stays out late. Ahmad tries to mediate between Samir’s miserable son and Marie’s scolding, while Samir tries to please Marie and still help his son adjust to the upcoming marriage.

As in A Separation, The Past builds up a mystery about an unhappy event. Samir’s wife has attempted suicide. What led her to this desperate measure? Her chronic depression? An embarrassing argument with one of Samir’s customers? Or did she know of Samir’s affair with Marie? Ahmad’s attempts to solve this mystery provide a strong, intriguing subplot alongside the shifting conflicts among the main adult characters.

With so many characters involved, the accumulation of problems and unhappiness eventually threatens to tip over into an exasperating melodrama. But I think Farhadi juggles all these motivations and events so well that we never feel that he has gone too far.

There has been some controversy over the fact that the film was shot entirely in France and therefore has little Iranian about it. Indeed, the Farsi-speaking emigrés who attended the VIFF screening to hear their native language spoken were perhaps disappointed that it was all in French. Yet in an ensemble cast, Ahmad remains the central character, helping to reconcile the others and comfort the three children (as in a rare cheerful moment when he helps the younger ones get a toy out of a tree).

If not quite as satisfying a film overall as A Separation, The Past confirms Farhadi as an Iranian director who can make appealing films for an international audience.

Trapped is probably closer than most Iranian films shown at festivals to the sort of thing seen by popular audiences in its home country. The program notes describe it as a “moral thriller.” It revolves around Nazanin, a studious first-year medical student (see image at bottom) forced through lack of dormitory space to share a flat with party-loving Sahar, who is trying to leave Iran. Sahar has borrowed money to pay for her exit visa and, unable to pay it back, is imprisoned. Nazanin struggles selflessly to help her out, including foolishly signing a promissory note taking on Sahar’s debt and even sharing the threat of imprisonment.

The plot reminded me of the “child quest” tales that were prominent in the golden age of the Iranian cinema of the 1980s and 1990s, such as The Mirror and Where Is My Friend’s Home. (Shahbazi was the assistant director of Panahi’s The White Balloon, as well as conceiving its basic premise.) Here the heroine is distinctly older than the protagonists of those films, but she retains a naivete that makes her seem more childlike than the other characters, who manipulate and ultimately threaten her.

While Trapped doesn’t have the simplicity and charm of those earlier films, it offers an absorbing story. It paints a grim picture of Tehran and gives some insight into the realities of life there. Like many Iranian films, it raises the prospect of emigration, though in this case Nazanin’s strong desire to stay in the country and become a doctor is held up as the better choice.

Two years ago I also reported [2] on Madmony’s Restoration. A Place in Heaven is a considerably more ambitious film. It traces the life of a military hero, known only by his wildly inappropriate nickname Bambi, across much of Israeli history. The title derives from a flashback scene early on, when a cook at a military camp praises Bambi’s brave deeds and remarks that he has already earned a place in heaven. A secular Jew, Bambi scoffs at the notion and signs an impromptu contract trading that place to the cook in exchange for a daily spicy omelet.

Although Bambi dotes on his son Nimrod, the boy grows up to become a strictly religious Jew who disapproves of much that his father does. Still, when Bambi is on his deathbed, Nimrod goes in search of the cook to get back the place in heaven. As with Restoration, the plot is largely based around the father-son relationship, though there is also a touching and tragically short relationship between Bambi and his beautiful wife.

Unlike the largely urban Restoration, this film shows off the bleakly beautiful landscapes of Israel’s desert.

There were many other striking and moving films on display at VIFF this year. David and I really can’t do justice to all of them, but in a final post he will consider Koreeda’s Like Father, Like Son, Jia’s A Touch of Sin, Johnnie To’s The Blind Detective, the Godard segment of 3x3D, and Oliveira’s Gebo and the Thief. Like the items I’ve invoked here, each deserves an entry to itself, but time limits and further travels force us to be quick. Still, we hope that you can tell from our entries, VIFF 2013 yielded an extraordinarily high level of quality. As usual!

P.S. 17 October 2013: Thanks to Hamidreza Nassiri for correcting the original entry: Panahi is not, as we had said, under house arrest. 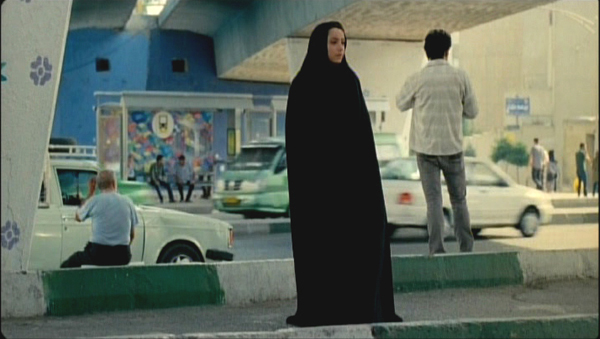