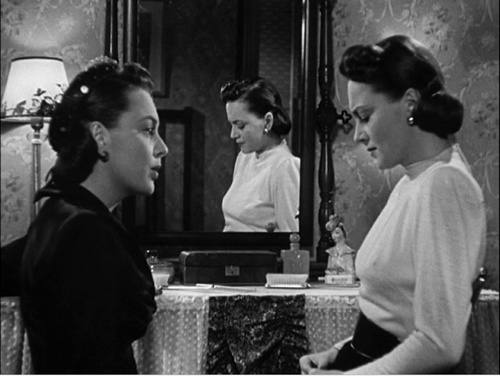 With the indispensable assistance of our web tsarina Meg Hamel, I’ve just put up an essay on Hollywood film of the 1940s. It’s called “Murder Culture: Adventures in 1940s Suspense.” [2] It’s long, I warn you. But if you’re interested in American film history, thrillers, Alfred Hitchcock, or all of the above, you could find it worth checking out. 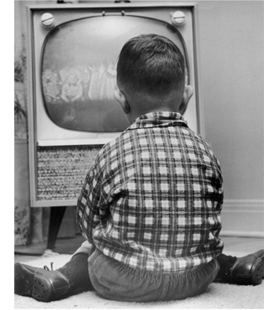 TV is a big part of the answer. Living on a farm, I saw far more movies on TV than in theatres. That’s why I don’t have as absolute a fetishism for 35mm as my baby-boom peers who grew up in cities. They could amble down to the local Bijou every day after school and soak up current movies and classics. I couldn’t, so  I can sympathize with kids today who see most of their movies on monitors. That’s what I did, and—truth be told—what many urban cinephiles did too.

What I could see, thanks to Rochester and Syracuse television stations, were those films that had sold in packages of 16mm prints. Fattened out by with commercials, sometimes trimmed to fit schedules, old movies were treated as filler. And while some of the 1930s movies, chiefly the Bs featuring Mr. Moto and Charlie Chan [4], became lifelong favorites, it was mostly the 1940s and early 1950s films that stuck with me.

There were Citizen Kane and Magnificent Ambersons, of course, which movie books steered me toward. But there was also Ball of Fire, For Whom the Bell Tolls (in black and white), and Suspicion. Those I remember most vividly, but today, watching some obscure 40s item, I find dim memories of that sometimes flaring up too.

From college through graduate school, I made 1940s Hollywood a touchstone. My first published essay, back in 1969, was on Notorious. As a film collector, I favored 1940s things, from His Girl Friday and Fallen Angel to Ministry of Fear (below) and The Shop around the Corner. When I started teaching at the University of Wisconsin–Madison, the Wisconsin Center for Film and Theater Research enabled me catch up on Warners, RKO, and even the stray Monogram. In my courses we showed prizes like Meet Me in St. Louis and The Locket. I was happy when several of my students, such as Diane Waldman, Brian Rose, and Fina Bathrick, took up 1940s topics for their research. 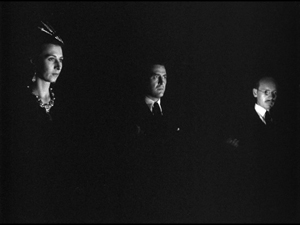 The era pulled in my research too. In Narration in the Fiction Film my preferences were exposed; some friends noticed that most of my prime American examples (The Big Sleep, In This Our Life, Murder My Sweet, The Killers, Secret beyond the Door, Shadow of a Doubt, Rear Window, etc.) came from the 1940s and early 1950s. The conversation sort of went like this. Q: So I guess for you, David, every narrative is a mystery? A: Yes.

In The Classical Hollywood Cinema I could justify my 40s emphasis because that era saw significant changes in storytelling. I couldn’t avoid all those flashbacks, all that deep focus, all that noir and melodrama. Still, as my examples of ordinary Hollywood sound picture I picked Play Girl (1940) and The Black Hand (1949). Likewise, when I wrote an article about how we’re led to forget key story information, I fastened on Mildred Pierce. And one theme of The Way Hollywood Tells It, a book purportedly about contemporary moviemaking, is the debt that the Movie Brats and their successors owe to the 1940s.

No surprise, then, that when I was asked in 2011 to prepare some lectures for Belgium’s summer film college [6], I decided to revisit 1940s Hollywood. I began preparing in the spring, and had plenty of time to watch films while I was hospitalized with pneumonia. The more I watched, the more I came to believe that we still don’t know this period in its full artistic richness–and peculiarities.

True, we have plenty of studies that see all sorts of 40s films as reflections of the war or postwar malaise. Certainly, as well, the literature on film noir and the female Gothic will continue to grow. (Indeed, these categories weren’t available to people of the time; they just called those movies “melodramas.”) But I wanted to explore broader trends in cinematic storytelling that were pioneered or consolidated after 1940 or so. That meant looking at family sagas like How Green Was My Valley (see Kristin’s post here [7]), as well as dramas like Daisy Kenyon and All About Eve and other things that caught my interest.

During a July week in Antwerp, I delivered the lectures. It was exhilarating to re-see the films in 35 and discuss them with a lively bunch of participants. But my ideas kept developing. I couldn’t shake the films and the spell they cast on me. Over two years I’ve continued to watch and read and turn ideas over.

I’m now writing a book, one that’s relatively short (honest!) and that, I hope, creates an original perspective on American film of the 1940s. Although the new piece centers on the suspense thriller, the book will look at other genres too. You can get the flavor of the project  from these entries on the 1940s and early 1950s:

“Intensified continuity revisited.” [8] The Shop around the Corner vs. You’ve Got Mail.

“Creating a classic, with a little help from your pirate friends.” [9] How His Girl Friday acquired its stature today.

“Foreground, background, playground.” [10] This is a trailer for “William Cameron Menzies: One Forceful, Impressive Idea. [11]”

“Julie, Julia, and the house that talked.” [13] On narrational strategies and wild time schemes.

“Puppetry and ventriloquism.” [14] Bits and pieces from the 2011 lectures, focusing on anti-realism and competition among directors.

“Hand jive.” [19] General piece on performance and gesture, with discussion of All the King’s Men.

“Alignment, Allegiance, and Murder.” [21] How Lang attaches us to characters in House by the River.

“DIAL M FOR MURDER: Hitchcock frets not at his narrow room.” [22] Touches on Dial M‘s debt to 1940s experiments.

“A dose of DOS: Trade secrets from Selznick.” [23] On Selznick’s films, including those directed by Hitchcock.

Most of these and much of the new “Murder Culture” essay [2] probably won’t surface in the final book. I wrote the pieces in order to clarify some research questions and to sketch out some answers. If you have any suggestions or corrections, feel free to correspond. 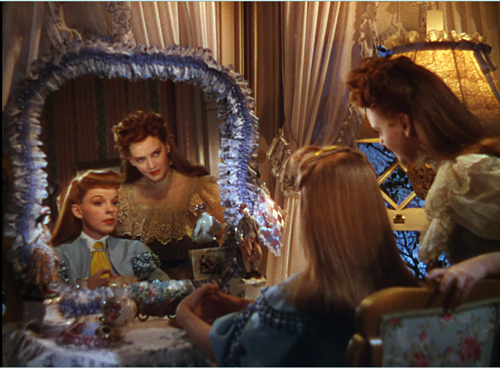