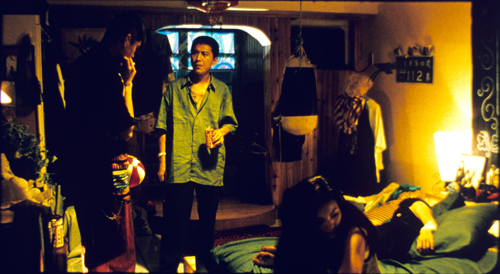 The newest issue of Film Comment includes an essay I wrote on the relations between academic film studies and cinephile criticism. It’s online at the [2]Film Comment [2] site [2].

Two things: The header (“Never the twain shall meet”) risks misleading you. The essay argues that the twain can and should meet. Secondly, the essay refers to stages of a long take in Hou Hsiao-hsien’s Goodbye South, Goodbye, but neither the Web version nor the print version uses the images I suggested as illustrations. So here, in frames from a 35mm print, I present two phases of this gloriously dense scene. I discuss Hou’s staging principles in Chapter 5 of Figures Traced in Light, with comments on this passage on pp. 234-236.

As a followup, and weirder: The Way Hollywood Tells It is now available as an audio book. How it handles the pictures I don’t know. But you can listen to a sample here [3]. 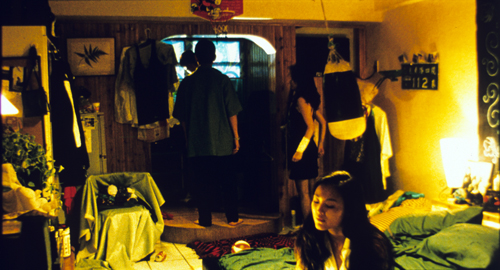 If the scene has a climax, this is probably it. As the punching bag swings, Flathead wriggles out the window.