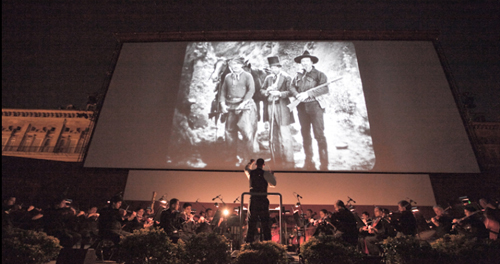 The early Ford retrospective at Cinema Ritrovato [2] rolls on. The surviving reel of The Last Outlaw (1919) proved very tantalizing. An end-of-the-West Western, it shows its grizzled hero revisiting the town of his youthful exploits. But now, in an anticipation of Ride the High Country (1962), civilization has taken over. Cars chase Bud off the streets and the theatre features movies (Universal Bluebirds at that, a bit of product placement). Ford heightens the contrast by letting us into the hero’s memory, introduced by the title: “Memories of the past flashing back to him”—the earliest reference to the term “flashback” [3] I recall seeing in the movies.

The plot of Cameo Kirby (1923) involves a cardsharp who tries to help a southern family but whose chivalrous intentions are misunderstood. The film’s virtues were, I’m afraid, undercut by a choppy, contrasty print.  Another 1923 vehicle, North of Hudson Bay (1923) was in much better shape. A fairly routine adventure about schemers trying to take over the gold claim of two brothers, it was enlivened by a mysterious murder scene, in which a man is shot before our eyes but we can’t say exactly how. Ford later replays the scene to clarify what happened, and then sets up suspense as the trap is put in play again, this time to kill our hero.

Kentucky Pride (1923) is a turf tale narrated by a racehorse. This might have become a tedious gimmick, but the film handles it with aplomb and modest emotion. Our narrator Virginia’s Future stumbles during the race, and the scene during which she is about to be shot generates a great deal of suspense and concern. At the end, her reunion with her son, Confederacy, is smoothly integrated into the humans’ reconciliations and just deserts.  In between, Virginia’s Future passes from owner to owner, in something of a rough draft for the adventures of Bresson’s donkey in Au hazard Balthasar. 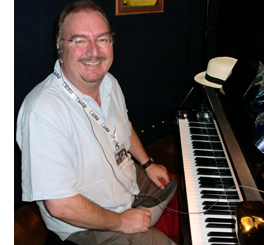 [4]Kentucky Pride is a programmer, but between the peaks of racetrack excitement we get several arresting interludes. In one scene the now-destitute horse farmer reunites with his daughter. He’s at the dinner table. She comes up behind him and covers his eyes. So far, so conventional. But he raises his calloused, dirtied hands very slowly to touch her wrists. Prolonging the gesture shows not only Ford’s delicate way with such moments but the quiet skill of Henry B. Walthall; it’s impossible not to think of similar handwork in Griffith’s The Avenging Conscience (1914) and The Birth of a Nation (1915). The scene’s subdued pathos was enhanced by the accompaniment of Neil Brand, a Bologna regular.

In another horsy tale, The Shamrock Handicap (1926), the financially challenged aristocrat is an Anglo-Irish lord , and to pay his taxes he sells some of his stable to an American racing entrepreneur. His top rider, Neil, goes along, leaving sweetheart Sheila behind. Once in the US, Neil takes a serious spill and acquires a game leg. Soon the aristocrat and his 120 % Irish household are coming to America to stake everything on racing their pride filly in the Handicap. The whole thing is a pleasant tissue of contrivance and coincidence, allowing Ford some chances for sentiment, camera tricks induced by ether, and gags on Irishness. The horse handler discovers that all his old friends and kinfolk in the New World have become cops.

There were opportunities to develop Sheila as more than a pretty face (that belongs to the enchanting Janet Gaynor), but the plot puts the menfolk to the front. The scenes of Neil’s acceptance in the hard-bitten jockey world show America as a place in which ethnic minorities hang together; his best friend is a Jewish rider who keeps a black valet. The characteristic Ford sadness surfaces in a lovers’ reunion. When Neil greets Sheila at dockside, Ford gives us a painful glimpse of wounded masculine pride. Neil stands waiting with his pals. Has he recovered? 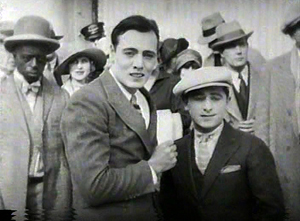 As Sheila approaches, Neil swings his crutch abruptly away from her, as if to hide it. But the same gesture sharply reveals to us that he’s now lame. 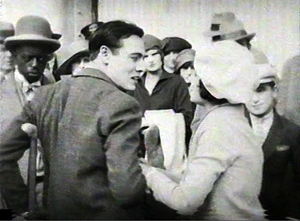 In their embrace, the crutch falls away. Neil clutches Sheila as if she were not his sweetheart but his mother; he needs consolation, not passion. 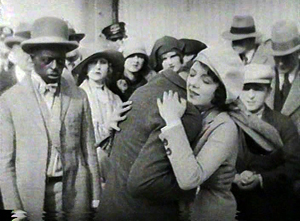 The film may be about male pride, but as ever in Ford a man’s sense of self-worth is sustained by a touching reliance on women. So it’s fitting that the walking staff Neil leaves behind in Ireland–a slip in continuity, you might think–becomes his new crutch when he comes home again for good.

Lightnin’ (1925) moves not like lightning but at the pace of its elderly protagonist, Bill (Lightnin’) Jones. The opening is a drawling play with rustic humor, centering on Bill’s laborious stratagems to hide his whisky bottles from his wife. Bill isn’t Irish, but he might as well be, like the purported Welshmen of How Green Was My Valley (1941).

Initially the film seems to depend on one of those promising screenwriting switcheroos. The couple manage a hotel perched on the border between California and Nevada, so aspiring divorcées can collect their California mail and still maintain residency in Nevada. A dividing line runs through the center of the house, and it provides some adroit byplay when a young lawyer, pursued by corrupt businessmen, teases the Nevada sheriff by hopping from state to state. The romance between the lawyer and the old couple’s adopted daughter is handled briskly, with the usual repeated-and-varied dialogue motifs (courtesy Frances Marion’s script). One might expect a climax wringing comic confusion out of the divided household. But soon the border gimmick is forgotten and Ford moves to the emotional core of the movie, the testing of the old couple’s marriage.

When Mrs. Jones tries on a guest’s fashionable dress to find out what it’s like to wear nice clothes, Bill reacts obtusely. It’s his indifference as much as her decision to sell the hotel to land-grabbers that pushes her to sue for divorce. The climax is a prolonged trial scene in which Bill becomes his own advocate. As in later folkish tales like Judge Priest (1934) and The Sun Shines Bright (1953), plot dynamics take a back seat to horseplay and quietly detailed scenes of character reaction and reflection. Some laughs are milked from the family dog wavering between husband and wife, the judge flirting with a flapper, and the dimwitted drinking buddy with his two pudgy children. But soon Bill is fingering his Civil War medal as he slowly confesses his faults as a husband, and we recognize what we’d learn to call a pure Fordian moment.

Those were the days when you could make a film about old people.

For more on Ford, visit Tag Gallagher’s generous and wide-ranging website [8]. It includes a revised version of his critical biography on the Skipper, as well as articles on many other filmmakers. For more Cinema Ritrovato photos, go here [9]. For Gabe Klinger‘s rapid-fire Bologna updates, try Mubi [10]. And for remarks on non-Fordian entries in this abundant festival, check in with us again soon. 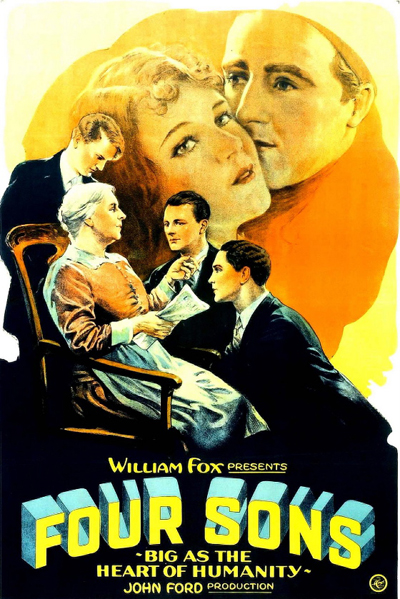