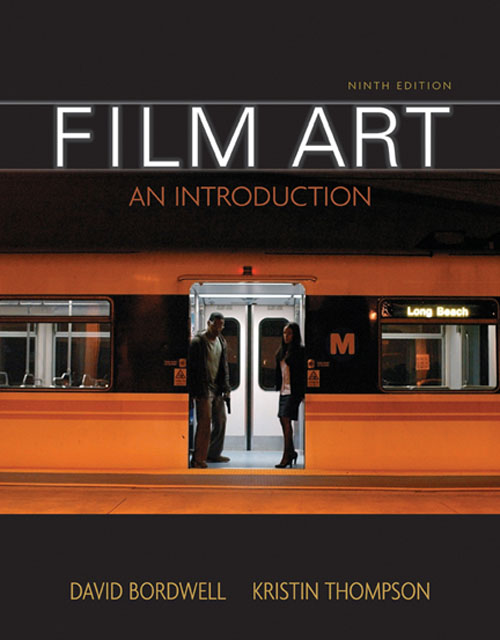 We’re coming up on the third anniversary of our blog’s debut in cyberspace. In previous years, as a new school season starts, I’ve written up a summary of entries that might prove useful to teachers using our textbook, Film Art: An Introduction. By now, “Observations on Film Art” has accumulated almost 290 entries, adding up to an enormous amount of verbiage and images. We realize that it’s a real chore to search it for relevant entries. That chore will only get harder as we post new pieces.

To help teachers, we’re innovating a feature in the ninth edition of Film Art, due out in December. We’ve sifted the entire set of entries and matched relevant ones to specific passages. You’ll find brief descriptions, titles, and URLs for those entries in the margins beside the text.

Most of our entries include links to other online sources for alternative information and opinions.

Looking for a classic film to show your students? In “Class of 1960,” [3] David discusses eight that he programmed for a Belgian summer school. He also describes the work of the master Japanese filmmaker, Shimizu Hiroshi, now being rediscovered on DVD, in “Pierced by poetry.” [4]

“Slumdogged by the past” [5] takes such a broad look at the play with “forms and formulas drawn from across film history” in Slumdog Millionaire that the entry might be used in conjunction with several chapters. The discussion of the film’s narrative structure, stylistic choices, genre conventions, and ideology draws upon many concepts and terms used in Film Art.

The questions asked in “Has 3-D already failed?” [6] are going to remain relevant for years. This entry looks at issues that reflect how the film industry introduces new technology. Students most likely have their own opinions on this particular subject and might find learning about the historical background intriguing.

A little-known aspect of filmmaking, free military assistance to commercial productions, is discussed in “Your tax dollars at work for Michael Bay.” [7] For some big action films, the savings can be considerable.

Jacques Tati is one of our favorite filmmakers, as the examples in Film Art show. We discuss his little-known but important collaborator, artist and designer Jacques Lagrange, in “La main droite de M. Hulot.” [8]

DVD supplements can be handy for teaching—if they’re substantive. We offer more recommendations for meaty ones in “Beyond praise 2: More DVD supplements that really tell you something.” [9] (For the earlier round, see here [10].)

In the section on exhibition, you can send students to see some beautiful pictures of a restored movie palace in “A tale of 2—make that 1 and 1/3—screens.” [11]

At the end of the chapter, we complain about what showing films on television can do to their images. “Bugs: The secret history” [12] tackles another annoyance: the superimposed logos that intrude into TV screenings, as well as their more charming ancestors, the little logos inserted into silent-film scenes for copyright purposes.

A film’s title can give us clues to its subject and themes—or baffle us. We consider the various kinds in “Title wave.” [13]

Flashbacks are a key concept in this chapter, particularly with Citizen Kane serving as our major example. In “Grandmaster flashback,” [14] we go into depth concerning the rise of the flashback-based film in the 1920s and 1930s, dwelling particularly on The Power and the Glory, a film that influenced Welles. For advanced students, this entry could provide contextual background as a lead-in or follow-up to viewing Kane.

Some students find it difficult to grasp the chapter’s distinctions between perceptual and mental subjectivity. We’ve modified that section slightly for the new edition. Our entry “Categorical coherence: A closer look at character subjectivity” [15] goes more deeply into the subject than space allows in Film Art, adding some examples that may help clarify this concept.

“Archie types meet archetypes” [16] is an analysis of comic books rather than film, but it discusses narrative tactics very similar to the “what if” plots we write about in the “Closer Look” box, “Playing Games with Story Time.”

“Now leaving from platform 1” [17] examines the phenomenon of “transmedia storytelling,” where a film or series of films may have continuations of their narratives in videogames, novels, and other formats. This entry is challenging, but advanced students might enjoy it, and again, this phenomenon is one that some of them will have encountered already.

The new edition of Film Art has added a “Closer Look” box on credits sequences and how they often relate to the narrative. In “Color, shape, movement … and talk” [18] we give some background about Saul Bass. Some of the illustrations will be familiar, since the blog entry inspired the new box.

Teachers always want more material on acting. “Acting up” [19] offers some discussion and examples, as well as links to useful online pieces by other authors.

Acting includes staging, and we examine some ways filmmakers place actors in the frame, including in depth, to guide the viewer’s eye in “Gradations of emphasis, starring Glenn Ford.” [20]

Our entry “Coraline, cornered” [21] provides some fascinating examples of depth cues. Quite apart from the fact that the film was made in 3D, it uses differences in perspective to contrast the two worlds between which the heroine moves.

One standard function of continuity cutting is to show us shots of characters reacting to what’s going on in the scene. In “They’re looking for us,” [22]we argue that characters’ expressions and gestures can cue how we’re supposed to react.

“Searching for surprises, and frites,” [23] illustrates many striking stylistic moments from films of the 1910s era.

“Niceties: how classical filmmaking can be at once simple and precise” [24] examines motifs of framing, gesture, and screen direction in The Prestige. (The ninth edition of Film Art uses The Prestige as its major example of sound techniques. “Niceties” could form a follow-up.)

Nina Paley’s computer-animated feature Sita Sings the Blues demonstrates how visually striking and imaginative an essentially home-made film can be. Students can download and watch Sita for free on the film’s official site [25]. “Take my film, please” [26] is the transcript of an onstage Q&A I conducted with the filmmaker after a festival screening. Her unusual decision to give the film away in order to publicize and later make money from it also relates to do-it-yourself filmmaking and distribution as mentioned in Chapter 1.

The new edition uses Waltz with Bashir as an example of an animated documentary. For more discussion on the boundary between fiction and documentary in animation, see “Showing what can’t be filmed.” [27]

We offer some thoughts on the nature and history of movie criticism in “Love isn’t all you need.” [28]

“(50) Days of summer (movies), Part 2” [29] is a discussion of three films from the 2009 summer season: The Taking of Pelham 123, Public Enemies, and Inglourious Basterds. The analysis of the first two is relatively brief, but the discussion of the Tarantino film goes into detail concerning narrative, style, and genre conventions. It could be used as an example of a critical essay or in relation to Chapters 3, 8, and 9.

New collections of historically important films are increasingly appearing on DVD. We review a collection of Lotte Reiniger’s silhouette animated films and one of Belgian experimental movies in “Forgotten but not gone: more archival gems on DVD” [30] (both also useful for Chapter 10). There’s also a lengthy version of Gance’s La roue. That film provided a few of our illustrations in Film Art, and it belongs to the French Impressionist movement chronicled here. “An old-fashioned, sentimental avant-garde film” [31] provides information on the restored print and comments on Gance’s place in history.

Douglas Fairbanks’ career before he went over to swashbuckling epics is too little known. In “His majesty the American, reaching for the moon” [32] we review that early career on the occasion of the release of a new DVD set with a group of his comic features, films that skillfully used the emerging classical Hollywood style to hilarious effect.

“Preserving two masters” [33] details the good work of the Munich Filmmuseum in releasing two DVDs of restored prints. One is a longer version of the still incomplete 1922 Ernst Lubitsch epic Das Weib des Pharao, the second a disc containing the complete surviving work of Walther Ruttmann up to Melodie der Welt. That includes his abstract animated films and the classic Berlin.

“It’s the 80s, stupid” [35] examines the attractions of a decade usually thought of as less productive of significant films than the 1970s had been. The entry proved surprisingly controversial. It could be used in conjunction with the New Hollywood part of this chapter.

In March of this year, the third edition of our other McGraw-Hill textbook, Film History: An Introduction, appeared. In “Around the world in 750 pages,” [37] we discuss the state of film-historical studies in the late 1980s, when we set out to write the book, as well as how we went about researching and organizing it. About a year ago, David added an essay, “Doing Film History,” [38] to his website. Among other insights, this essay might help students better grasp why people think watching old movies is worthwhile!

By the way, once our web czarina Meg gets back from the Toronto Film Festival, we’ll be asking her to change the name of the blog from “Observations on film art and Film Art” to the simpler “Observations on Film Art.” When we started out, we thought we needed to signal that the blog would be about both matters relating directly to the textbook and those that lie outside its scope. We think that’s pretty well established by now, so we’re simplifying our title.