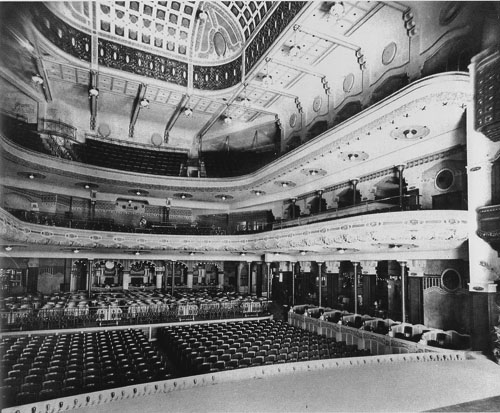 Some shamefully brief notes on new publications. Disclaimer: All are by friends. Modified disclaimer: I have excellent taste in friends.

You call me reductive like that’s a bad thing

It’s easy to see why we might tell each other factual stories. We have an appetite for information, and knowing more stuff helps us cope with the social and natural world. We can also imagine why people tell fictitious stories that we think are true. Liars want to gain power by creating false beliefs in others. But now comes the puzzle. Why do we spend so much of our time telling one another stories that neither side believes? 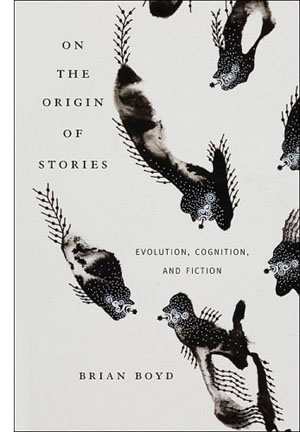 [2]Brian Boyd’s On the Origin of Stories: Evolution, Cognition, and Fiction (Harvard University Press) is the first comprehensive study of how the evolution of humans as a social, adaptively flexible species has shaped our propensity for fictional narrative. The book is a real blockbuster, making use of a huge range of findings in the social and biological sciences. Brian paints a plausible picture, I believe, of the sources of storytelling. Along the way he shows how two specimens of fiction, The Odyssey and Horton Hears a Who, exemplify the richness and value of make-believe stories.

The standard objection to an evolutionary approach to art is that it’s reductive. It supposedly robs an individual artwork of its unique flavor, or it boils art-making down to something it isn’t, something blindly biological. Art is supposed to be really, really special. We want it to be far removed from primate hierarchies, mating behavior, or gossip. For a typical criticism along these lines, see this review [3] of Denis Dutton’s The Art Instinct. Brian has already adroitly responded to this sort of complaint here [4]. See also Joseph Carroll’s examination of reductivism on his site [5].

It seems to me that all worthwhile explanations are reductive in some way. They simplify and idealize the phenomenon (usually known as “messy reality”) by highlighting certain causes and functions. This doesn’t make such explanations inherently wrong, since some questions can be plausibly answered in such terms. For example, often the literary theorist is asking questions about regularities, those patterns that emerge across a variety of texts. That question already indicates that the researcher isn’t trying to capture reality in all its cacophony. (For me, it’s all about the questions [6].)

Literary humanists sometimes talk as if they want explanations to be as complex as the thing being explained. But that would be like asking for the map to be as detailed as the territory. In fact, however, humanists tacitly recognize that explanations can’t capture every twitch and bump of the phenomenon. Consider some types of explanations that are common in the humanities: Culture made this happen. Race/ class/ gender / all the above caused that. Whatever the usefulness of these constructs, it’s hard to claim that they’re not “reductive”—that is to say, selective, idealized, and more abstract than the movie or novel being examined. Likewise, when people decry evolutionary aesthetics for its “universalist” impulse, I want to ask: Don’t many academics take culture or the social construction of gender to be universals?

I want to write more about Brian’s remarkable book when I talk about our annual convention [7] of the Society for Cognitive Studies of the Moving Image [8]. For now, I’ll just quote Steven Pinker’s praise for On the Origin of Stories: “This is an insightful, erudite, and thoroughly original work. Aside from illuminating the human love of fiction, it proves that consilience between the humanities and sciences can enrich both fields of knowledge.”

In its day, Brussels played host to some fabulous picture palaces [9]. Now after years of research Isabel Biver has given us a deluxe book, Cinémas de Bruxelles: Portraits et destins [10]. It’s the most comprehensive volume I know on any city’s cinemas. 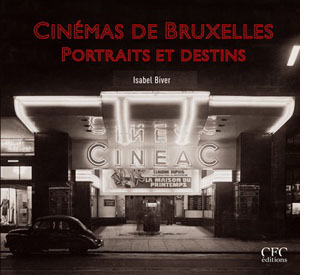 [11]Isabel glides backward from contemporary multiplexes and tiny repertory houses to the grandeur of the picture palaces. The Eldorado was a blend of Art Deco style and quasi-African motifs sculpted in stucco. King Albert graced the opening in 1933. There was the Variétés, a multi-purpose house built in 1937. It had rotating stages, air conditioning, and space for nearly 2000 souls (cut back to a thousand when Cinerama was installed). It was, Isabel claims, the first movie house in the world to be lit entirely by neon.

Then there was the Pathé Palace, shown at the top of this entry. Dating back to 1913, it boasted 2500 places and included cafes and even a garden. This imposing Art Nouveau building was designed by Paul Hamesse, probably the city’s most inspired theatre architect. Hamesse also created the Agora Palace, which opened in 1922. Huge (nearly 3000 seats), the Agora was one of the most luxurious film theatres in Europe.

And we can’t forget the Métropole [12], the very incarnation of the modern style. Sinuous in its Art Deco lines, it packed in 3000 viewers. When it opened in 1932, it attracted nearly 53,000 spectators during its first week. The neon on the Métropole’s façade lit up the night, and its two-tiered glassed-in mezzanine became as much a spectacle as the films inside. See the still at the bottom of this earlier entry of mine [13]. A ghost of its former self still sits on the Rue Neuve. Local historians consider the failure to preserve the Métropole a scandal in the city’s architectural history.

Cinémas de Bruxelles is a model presentation of local theatres. Not only does it trace the history of the major houses, but it includes a glossary of terms, a large bibliography, and an index of all theatres, both central and suburban. Needless to say, it is gorgeously illustrated. Whether or not you read French, I think you would enjoy this book, for it evokes an age we’re all nostalgic for, even if we didn’t live through it.

A TV interview with Isabel in French is here [14], with glimpses of what remains of the Métropole. She also gives guided tours of the remaining cinemas in the city center and in the neighborhoods. More information here [15]. 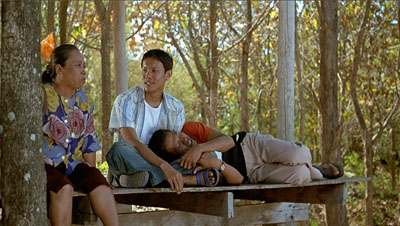 It’s seldom that a young filmmaker gets a hefty book devoted to him. Apichatpong Weerasethakul (aka Joe) will turn forty next year. He comes from Thailand, not a country adept at negotiating world film culture, and he is known chiefly for only four features. Yet he has become one of the most admired filmmakers on the festival circuit. His films are apparently very simple, usually built on parallel narratives. They have a relaxed tempo, exploiting long takes, often shot from a fixed vantage point, and scenes whose story points emerge very gradually. Joe’s movies tease your imagination while captivating your eyes. Each one could earn the title of his first feature: Mysterious Object at Noon. 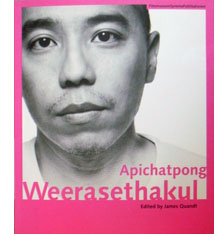 [17]It’s appropriate, then, that the tireless Austrian Film Museum has published a lavish collection of critical studies [18]. Edited by James Quandt, the anthology arrives along with a massive retrospective [19] of the director’s work, which includes many short documentaries and occasional pieces.

James’ introductory essay, as evocative and eloquent as usual, is virtually a monograph, discussing all the features in depth. Alongside it are discerning essays by other old hands. Tony Rayns offers his usual incisive observations, focusing largely on Joe’s short films and the recurring imagery of hospitals, while Benedict Anderson surveys the Thai reception of Tropical Malady. Karen Newman offers precious information and judgments about Joe’s installations. The director himself signs several essays and participates in interviews and exchanges. Even Tilda Swinton has something to say.

I remember when Mysterious Object at Noon played the Brussels festival Cinédécouvertes in 2000. I was baffled. Joe’s movies taught me to watch them, and finally with Syndromes and a Century I got in sync. Its austere lyricism, off-center humor, and patiently unfolding echoes win me over every time I see it. (You can search this blogsite for several mentions, but JJ Murphy has a fuller appreciation of Syndromes here [20].) Thanks to Alexander Horwath and his colleagues for making this wonderful anthology, decked out with color stills and rich bibliography and filmography, available to us—and in English. 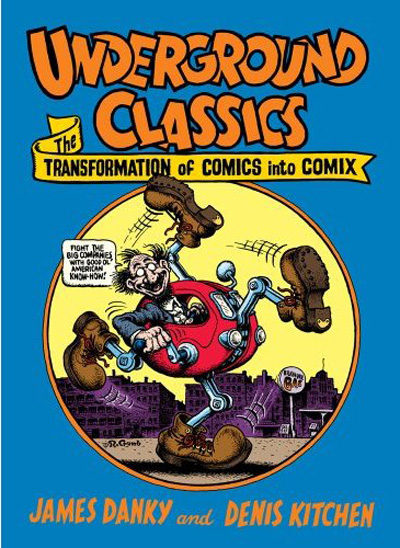 On 2 May, the Chazen Museum on our campus launches its exhibition, Underground Classics: The Transformation of Comics into Comix, 1963-1990 [22]. A whirlwind of events, including films and lectures, will revolve around galleries full of imagery from the demented pens of Kim Deitch, Aline Kominsky Crumb, Trina Robbins, Gilbert Shelton, Robert Crumb, Bill Griffith, and many other cartoonists. 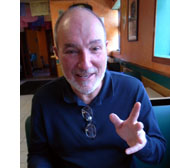 [23]The show was originated by Jim Danky [24], a scholar of public media from our State Historical Society, and Denis Kitchen [25], comic artist and the publisher of Kitchen Sink Press [26] here in Wisconsin. Jim has long argued for the archival value of minority and subcultural publications. He started our Center for Print Culture and has been an advocate for gathering print materials by and for children, women, and ethnic minorities. He virtually created the area of “alternative library journalism” [27]—collecting obscure publications from all zones of the political spectrum. I recall his satisfaction in telling me that he had managed to acquire a collection of The War Is Now!, the radical Catholic newsletter published by Hutton Gibson [28], father of Mel.

For some years Jim has been telling me about his efforts to mount the comix show. It’s no small matter to collect this elusive material and then persuade a museum to show it. Not too many galleries feature talking penises, Jesus visiting a faculty party, or Mickey and Minnie robbed at gunpoint by a dope dealer. Maybe we forget, in the age of the Web and The Onion, just how scabrous these things looked forty years ago. Actually, they still look scabrous. They also look pretty funny, and they’re often well-drawn. As a historical codicil, the exhibition includes 1980s images from artists extending the tradition, such as Drew Friedman and Charles Burns.

The show runs until 12 July 2009. If you can’t get to town, there’s the splendid catalogue [29]. It includes essays by Jim and Denis, Jay Lynch, Patrick Rosenkranz, Trina Robbins, and Paul Buhle. There are free screenings of Fritz the Cat and Crumb at our Cinematheque [30]. And you can read an interview with Jim about the show here [31].

Up next: Days and nights at Ebertfest. 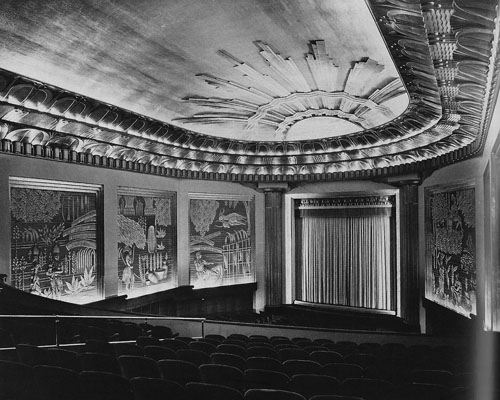