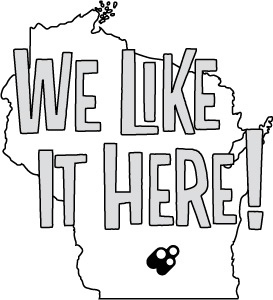 David has gone halfway around the world to attend a film festival and will be reporting more on what he sees in Hong Kong. But in Madison we have the Wisconsin Film Festival [2] going on now, and there’s plenty to watch here as well, even if it’s only for four days rather than two weeks.

So far I have seen four films in two days and plan to see five more before the festival ends tomorrow night. That means that so far I’ve sat through the short festival prologue film that announces its sponsors four times. Each year we have a different little prologue film. This year director Meg Hamel and her team found a snappy promotional film for Wisconsin that looks like it was made in the late 1950s or early 1960s. Its slogan is “We like it here!” and it features not only our famous dairy and other farm products but also things which are fast disappearing from local industry–like cars and tractors. I’m not sure how I’ll feel about this little film after watching it nine times, but so far it’s amusing.

And our Wisconsin products have followed David to Hong Kong. Shopping for breakfast items in a local grocery store, he found some familiar fare: 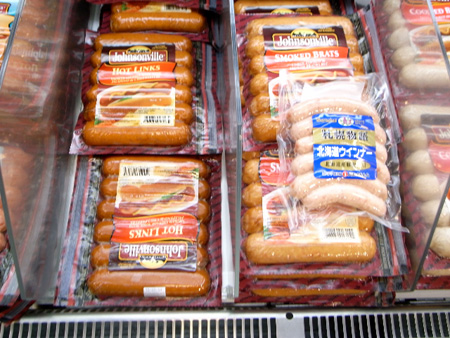 We’ve served many a Johnsonville brat during our annual Labor Day cook-out. They look pretty good compared with the pale Chinese version juxtaposed in the photo. And a product from even closer to home, Bagels Forever bagels, which set up shop here in Madison a few years after we did: 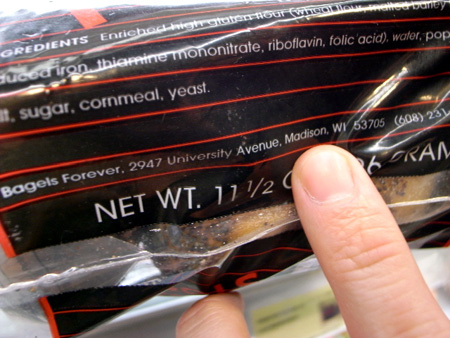 Of course, we have Hong Kong imports here as well. I’ve got a ticket to see Johnnie To’s Sparrow tonight.

So far I’ve seen some excellent films. Agnès Varda’s The Beaches of Agnès was a salubrious way to start. It’s an autobiography of sorts, built around visits to the various seaside locales that have played a big part in her life, from childhood visits to the resorts of Belgium to an escape to Corsica to the fishing village that featured in her first film, the 1954 short feature La Pointe-courte to Venice in Los Angeles. Not that her tale is told chronologically. There are numerous diversions, such as meetings with the children who appeared in that first film, now grown old. There are clips from her films and encounters with friends. Varda even managed to get the notoriously camera-shy Chris Marker to participate, though he appears only as a large cat cut-out, and his voice has been altered. (See below.)

Naturally there are passages concerning Varda’s late husband, Jacques Demy, including some candid on-set photos and footage of a very young Catherine Deneuve in costume. We see Varda strolling around an exhibition of her photographs of French movie stars and mourning their deaths, having at 80 outlived most of them. It’s a rambling film and yet somehow all hangs together, with self-deprecating humor, nostalgia, wacky juxtapositions, and moving moments as the director visits old haunts and friends. It was a real crowd-pleaser at the screening I attended, and deservedly so.

Ken Jacobs’ 2006 experimental feature, Razzle Dazzle: The Lost World was a must. Like Tom, Tom, the Piper’s Son, Jacobs’ most famous film, this one takes an early Edison short and plays with it. Parts of the image get 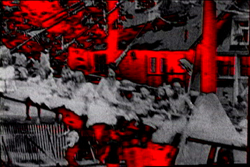 [5]enlarged, frozen, played in slow motion, and colored. Here Jacobs is working not on an optical printer but on a computer, using a single shot that is a view of a large rotating swing full of merrymakers. The result is a movement back and forth between abstract images, representational ones, and combinations where we must struggle to see glimpses of bodies, signs, and walls. I found this theme-and-variations portion of the film to be a bit overlong, with some computer graphics seemingly used simply because they were possible. But there are extraordinary moments. The scene of the swing takes place in daytime, but in the middle section suddenly blackness, superimposed rain, and the sound of thunder transform the scene into a frightening nighttime storm through which the giant swing is dimly visible,continuing to carry its occupants on swoops and glides through the dark. Another passage, illustrated here, manages to suggest a flickering nitrate fire–another frightening moment in a different way.

The more interesting parts of the film for me were manipulations of stereoscope-card images. By quickly alternating the right and left photos on the cards, Jacobs creates some remarkable effects of apparent motion. (David discussed a similar effect last year in his comments on [6]Capitalism: Child Labor [6].) Even with only two camera positions represented on the cards, at times an illusion of continuous movement is created, especially in a dramatic shot of ocean waves. There are portions of the image where the water seems to be flowing right to left in an unstopping stream. In other shots the camera seems to be gliding in an arc around the subjects. Jacobs has been doing a lot of experimentation with creating an appearance of 3D using only regular film equipment and still photos, and I for one would have liked to see more of the stereoscope cards and a little less of the play with the Edison shot. But that’s just a quibble. It’s a fascinating film, well worth seeing.

A late addition to the program was the foreign-language Oscar winner Departures. Steve Jarchow, one of the heads of Regent Entertainment, is a Madison native, and he appeared after the film for a lively question-and-answer session. Regent has other forthcoming films in the festival’s schedule, including Tokyo Sonata [7], which we blogged about from the Palm Springs International Film Festival.

David will probably have something to say about Departures, which he saw last week in a theater in Hong Kong. (He warned us all to bring our tissues, since it’s a good, old-fashioned Shochiku tear-jerker, albeit with many amusing touches.) Steve’s answers to questions put to him by Emeritus Professor Tino Balio and the audience were equally interesting. At a time when Hollywood studios are closing down their art-film niche divisions and foreign-language cinema seems an endangered species, Steve’s company is providing a healthy counter-force. A relatively small firm, it can thrive on titles that bring in a few million dollars–chicken feed by studio standards. Apart from foreign-language titles, Regent is catering to the gay and lesbian market, both for films and television programming. Steve also re-confirmed something that we know well: that Madison is a great town for art cinema, one of the best outside the big metropolitan areas.

From Steven’s Q&A I went off to see Goodbye Solo, Ramin Bahrani’s fifth film, and his third since coming to 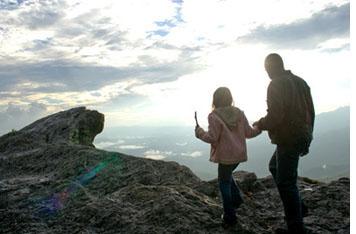 [8]wider public attention with Man Push Cart. Roger Ebert [9] has been a champion of Bahrani’s work, and we’ll be seeing his previous feature, Chop Shop, at Ebertfest [10]in a few weeks.

Goodbye Solo is set in Bahrani’s hometown, Winston-Salem, North Carolina. It deals with a genial Senegalese cab-driver who decides to befriend a prickly white man who he suspects intends to commit suicide. Beautifully shot, the film is to Winston-Salem what Collateral is to Los Angeles, and the final scene in the autumnal Great Smoky Mountains is gorgeous. It’s a moving tale, and one which manages to be emotionally uplifting without falling into the trap of solving all its characters’ problems and becoming a feel-good film.

For those in the Madison area, the festival continues today and tomorrow. 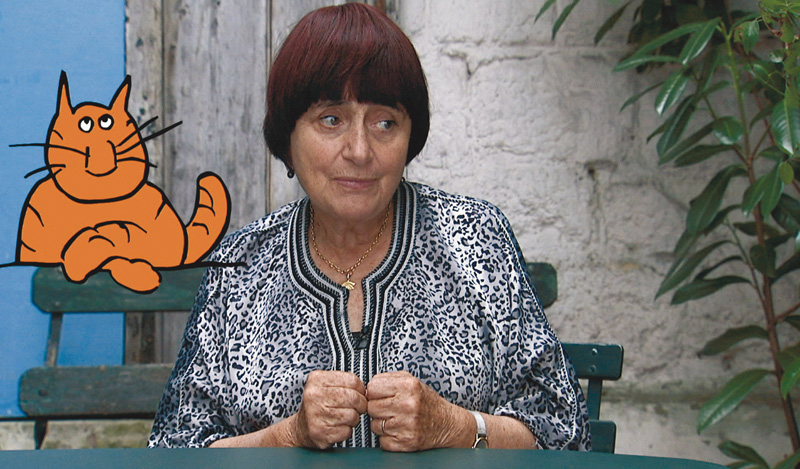