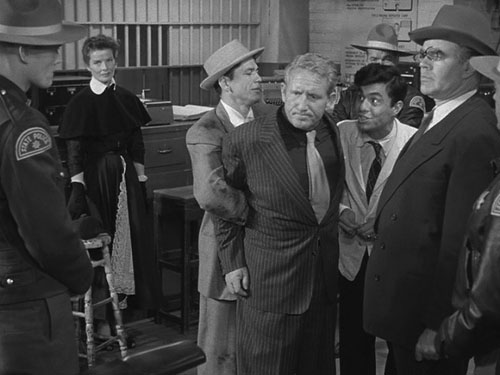 Last week the Hong Kong International Film Festival [2] hosted Gerry Peary’s For the Love of Movies: The Story of American Film Criticism [3]. It’s a lively and thoughtful survey, interspersing interviews with contemporary critics with a chronological account that runs from Frank E. Woods to Harry Knowles. It goes into particular depth on the controversies around Pauline Kael and Andrew Sarris, but it even spares some kind words for Bosley Crowther.

Some valuable points are made concisely. Peary indicates that the alternative weeklies of the 1970s and 1980s were seedbeds for critics who moved into more mainstream venues like Entertainment Weekly. I also liked the emphasis on fanzines, which too often get forgotten as precedents for internet writing. In all, For the Love of Movies offers a concise, entertaining account of mass-market movie criticism, and I think a lot of universities would want to use it in film and journalism courses. 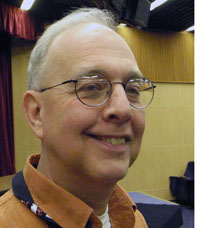 [4]I should declare a personal connection here. I’ve known Gerry since 1973, when I came to teach at the University of Wisconsin—Madison. Like me, he was finishing a dissertation: he was writing a history of the gangster films made before Little Caesar. We spent good lunches together at the Fish Store. Gerry was one of the moving spirits of Madison movie culture [5]—running a film society, writing and editing for the student paper, working with John Davis, Susan Dalton, Tim Onosko [6], and Tom Flinn on The Velvet Light Trap. I knew I’d come to the right place when somebody would drop by my office to talk about last night’s screening of Underworld or Steamboat ‘Round the Bend.

Like many of our generation, Gerry became a mixture of critic and academic. He taught at several colleges, wrote for The Boston Phoenix, and published books, notably Women and the Cinema: A Critical Anthology (1977) and The Modern American Novel and the Movies (1977). Most recently he’s edited collections of interviews with Tarantino and John Ford. He has moved smoothly into online publishing with a packed and wide-ranging website [7].

Gerry’s documentary comes along at a parlous time, of course. Most of the footage was taken before the wave of downsizings that lopped reviewers off newspaper staffs, but already tremors were registered in some interviewees’ remarks. Apart from this topical interest, the film set me thinking: Is love of movies enough to make someone a good critic? It’s a necessary condition, surely, but is it sufficient?

Gerry’s film includes the inevitable question: What movie imbued each critic with a passion for cinema? I have to say that I have never found this an interesting question, or at least any more interesting when asked of a professional critic than of an ordinary cinephile. Watching Gerry’s documentary made me think that everybody has such formative experiences, and nearly everybody loves movies. But what sets a critic apart?

Elsewhere [8], I’ve argued that a piece of critical writing ideally should offer ideas, information, and opinion—served up in decent, preferably absorbing prose. This is a counsel of perfection, but I think the formula ideas + information + opinion + good or great writing isn’t a bad one.

You really can’t write about the arts without having some opinion at the center of your work. Too often, though, a critic’s opinions come down simply to evaluations. Evaluation is important, but it has several facets, as I’ve tried to suggest here. [9] And other sorts of opinions can also drive an argument. You can have an opinion about the film’s place in history, or its contribution to a trend, or its most original moments. Opinions like these allow you to build an argument, drawing on evidence or examples in or around the movie in question. Several of our blog entries on this site are opinion-driven, but not necessarily evaluations of the movies.

Most people think that film criticism is largely a matter of stating evaluations of a film, based either in criteria or personal taste, and putting those evaluations into user-friendly prose. If that’s all a critic does, why not find bloggers who can do the same, and maybe better and surely cheaper than print-based critics? We all judge the movies we see, and the world teems with arresting writers, so with the Internet why do we need professional critics? We all love movies, and many of us want to show our love by writing about them.

In other words, the problem may be that film criticism, in both print and the net, is currently short on information and ideas. Not many writers bother to put films into historical context, to analyze particular sequences, to supply production information that would be relevant to appreciating the movies. Above all, not many have genuine ideas—not statements of judgments, but notions about how movies work, how they achieve artistic value, how they speak to larger concerns. The One Big Idea that most critics have is that movies reflect their times. This, I’ve suggested at painful length, [10]is no idea at all.

Once upon a time, critics were driven by ideas. The earliest critics, like Frank Woods and Rudolf Arnheim, were struggling to define the particular strengths of this new art form. Later writers like André Bazin and the Cahiers crew tried to answer tough idea-based questions. What is distinctive about sound cinema? How can films creatively adapt novels and plays? What are the dominant “rules” of filmmaking ? (And how might they be broken?) What constitutes a cinematic modernism worthy of that in other arts? You could argue that without Bazin and his younger protégés, we literally couldn’t see the artistry in the elegant staging of a film like George Cukor’s Pat and Mike. Manny Farber, celebrated for his bebop writing style, also floated wider ideas about how the Hollywood industry’s demand for a flow of product could yield unpredictable, febrile results.

One of the reasons that Sarris and Kael mattered, as Gerry’s documentary points out, was that they represented alternative ideas of cinema. Sarris wanted to show, in the vein of Cahiers, that film was an expressive medium comparable in richness and scope to the other arts. One way to do that (not the only way) was to show that artists had mastered said medium. Kael, perhaps anticipating trends in Cultural Studies, argued that cinema’s importance lay in being opposed to high art and part of a raucous, occasionally vulgar popular culture. This dispute isn’t only a matter of taste or jockeying for power: It is genuinely about something bigger than the individual movie. 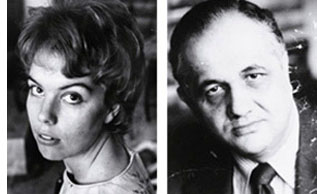 [11]During the Q & A, it emerged that at the same period critics’ ideas had an impact on filmmaking. Sarris’s promotion of the director as prime creator, with a bardic voice and a personal vision, was quickly taken up by Hollywood. Now every film is “a film by….” or “ a … film”: auteur theory shows up in the credits. Similarly, the concept of film noir was constructed by French critics and imported to the US by Paul Schrader. Suddenly, unheralded films like The Big Combo popped up on the radar. Today viewers routinely talk about film noir, and filmmakers produce “neo-noirs.” It seems to me as well that Hollywood became somewhat more sensitive to representation of women after Molly Haskell (here, alongside Sarris) had brought feminist ideas to bear on the American studio tradition, avoiding simple celebration or denunciation. Film criticism had a robust impact on the industry when it trafficked in ideas.

You can argue that these are old examples. What new ideas are forthcoming from mainstream film criticism? In the Q & A Gerry, like the rest of us, couldn’t come up with many. On reflection, I wonder if the rise of academic film studies forced ideas to migrate to the specialized journals and the Routledge monograph. These ideas also had a different ambit—sometimes not particularly focused on cinema, or on aesthetics, or on creative problem-solving.

Of course ideas don’t move on their own. A more concrete way to put this is that bright, conceptually oriented young people who in an earlier era would have become journalistic critics became professors instead. The division of labor, it seems, was to aim Film Studies at an increasingly esoteric elite, and let film reviewers address the masses. It’s an unhappy state of affairs that we still confront: recondite interpretations in the university, snap evaluations in the newspapers. You can also argue that print reviewers, by becoming less idea-driven, paved the way for DIY criticism on the net.

What about information, the other ingredient I mentioned? If we think of film criticism as a part of arts journalism, we have to admit that most of it can’t compare to the educational depth offered by the best criticism of music, dance, or the visual arts. You can learn more from Richard Taruskin on a Rimsky performance or Robert Hughes on a Goya show than you can learn about cinema from almost any critic I can think of. These writers bring a lifetime of study to their work, and they can invoke relevant comparisons, sharp examples, and quick analytical probes that illuminate the work at hand. Even academically trained film reviewers don’t take the occasion to teach.

Most of the print criticism I’ve seen today is remarkably uninformative about the range and depth of the art form, its traditions and capacities. Perhaps editors think that film isn’t worthy of in-depth writing, or perhaps their readers would resist. As if to recall the battles that Woods, Arnheim and others were fighting, cinema is still not taken seriously as an art form by the general public or even, I regret to say, by most academics.

Yet other aspects of information could be relevant. Close analysis offers us information about how the parts work together, how details cohere and motifs get transformed. For an example of how analysis can be brought into a newspaper’s columns, see Manohla Dargis on one scene in [12]Zodiac [12]. 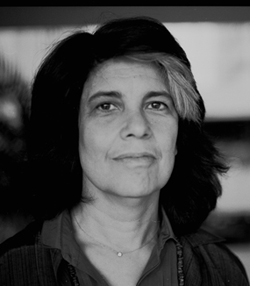 [13]I’d also be inclined to see description—close, detailed, loving or devastating—as providing information. It’s no small thing to capture the sensuous surface of an artwork, as Susan Sontag put it. Good critics seek to evoke the tone or tempo of a film, its atmosphere and center of gravity. We tend to think that this is a matter of literary style, but it’s quite possible that sheer style is overrated. (Yes, I’m thinking of Agee.) Thanks to our old friends adjective and metaphor, even a less-than-great writer can inform us of what a film looks and sounds like.

In any event, I’m coming to the view that the greatest criticism combines all the elements I’ve mentioned. As so often in life, love isn’t always enough.

Gerry’s documentary doesn’t distinguish between critics and reviewers, but we probably should. Reviewers typically give us opinions and a smattering of information (plot situations, or production background culled from presskits), wrapped up in a writing style that aims for quick consumption. Today anybody with a web connection can be a reviewer.

Exemplary critics try for more: analysis and interpretation, ideas and information, lucidity and nuance. Such critics are as rare now as they have ever been. Far from being threatened by the Internet, however, they have more opportunities to nourish film culture than ever before. 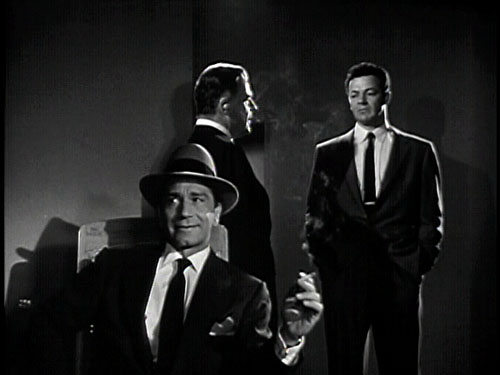 PS 4 April (HK time): Thanks to Justin Mory for correcting a name error in the original post!