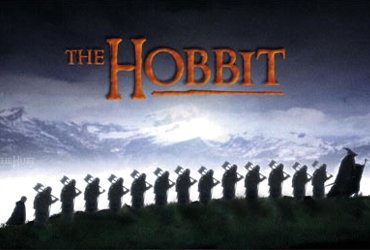 On June 10 I posted my most recent entry [1] on the situation with the Hobbit film, editorializing a bit on the dispute between New Line Cinema and Peter Jackson. That received a gratifying amount of attention from fans, so here’s a little update.

To the general public, it would appear that not much has happened since then. There are signs of progress, however, glacial though it be.

In an interview with the New York Post [2]on July 10 (timed to publicize the release of his second directorial effort, The Last Mimzy, on DVD), New Line’s co-president Bob Shaye discussed the situation:

“And, speaking of fantasies, Shaye hints we should never say never at the idea of Jackson, whom he labeled ‘arrogant’ last year, directing ‘The Hobbit’ someday.

‘There’s nothing I can really talk about except to say that I believe ‘The Hobbit’ will be made,’ says Shaye, choosing his words carefully like the lawyer that he is. ‘There’s a bunch of issues and elements that have to be addressed.

‘I don’t like to have issues with anybody. Any issues with Mr. Jackson, I would prefer to have them closed rather than open.’”

This statement doesn’t go much further, if at all, than what Shaye and co-president Michael Lynne said at Cannes Film Festival in May, quoted in my June 10 entry.

Now, however, there comes a statement from Ian McKellen [3] that suggests that progress is being made. In Singapore as part of his extensive tour playing in King Lear and The Seagull, McKellen said on July 19:

“I detect that there is some movement and it’s movement in the right direction. I’ll be seeing Peter when we tour [New Zealand] next month. I hope it will happen.”

I think this is probably the most optimistic public statement by a person who is in a position to have some behind-the-scenes knowledge. It also matches some vaguer rumors I had heard myself.

The decision makers at New Line may not be aware of just how much sentiment there is among fans to have this film directed by Peter Jackson. The three and a half years since the release of the third part of the trilogy haven’t dimmed the enthusiasm. Bob Shaye could gain vast credit with these people by reconciling with Jackson and inviting him to direct The Hobbit. And a lot of these people are the same core constituency that would be interested in The Golden Compass.