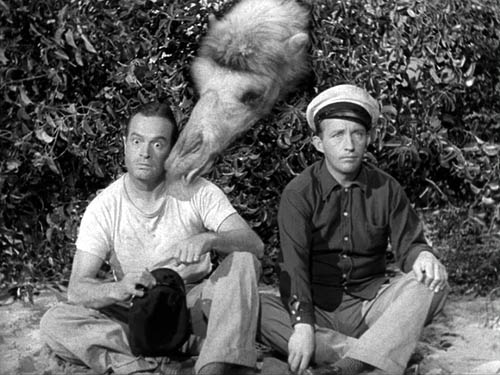 On one shelf, close to my desk, I keep books of essays that have satisfied me across the years. Lined up across about four feet, these remind me of the virtues of critical prose. Shaw, appropriately I suppose, sits on the far left, followed by Dwight Macdonald, Jacques Barzun, Gore Vidal, Robert Hughes, Christopher Hitchens, Frederick Crews, Kenneth Tynan, Susan Sontag, and a few others. Picking up any of these and rereading an essay pushes me to try to write more pungently and think more clearly.

I know nothing about jazz, but decades ago I enjoyed reading Gary Giddins’ Weather Bird column in the Village Voice. Then I picked up his 1992 essay collection, Faces in the Crowd [1] and immediately he won a place on my shelf. His buoyant essays are compulsive reading. His piece on Jack Benny, “This Guy Wouldn’t Give You the Parsley Off His Fish,” kicks off the volume, and I think it’s a masterpiece. After reading it, you want to watch a string of Benny TV shows. It’s followed by another triumph, Giddins’ dynamic case arguing that Irving Berlin more or less invented American entertainment. This brace of pieces is just the start. As you’d expect, Giddins spends time on musical greats, from Billie Holliday to Larry Adler, but he shows a fine range, discussing Spike Lee, Robert Altman, Myrna Loy (in an essay titled “Perfect”), and writers from Faulkner to Elmore Leonard.

In an era when journalistic criticism is identified with either puffery or deflation, Giddins is the master of unabashed, admiring appreciation. His judgments are balanced, but he almost never resorts to the swordthrust beloved by his mentor Macdonald, who wrote some of the funniest and most insulting passages in all of American film criticism. You sense that if Giddins dislikes something, he’d rather not write about it. The French call it “the criticism of enthusiasm.”

When he likes something, he can merge dissective intelligence, subtle distinctions, and unfussy prose as very few writers about the popular arts can. Not for him the turbocharged syntax and hyphenated adjectives of fanboys. One word or phrase does the job. Watch how he brings Jack Benny before us, linking him to a tradition of comic types that is even echoed in the turns of the sentences:

The character he created and developed with inspired tenacity all those years–certainly one of the longest runs ever by an actor in the same role–was that of a mean, vainglorious skinflint; a pompous ass at best, a tiresome bore at near best. To find his equal, you have to leave the realm of monologists and delve into the novel for a recipe that combines Micawber and Scrooge, with perhaps a dash of Lady Catherine De Bourgh and a soupçon of Chichikhov; or better still, a serial character like Sherlock Holmes, who proved so resilient that not even Conan Doyle could knock him off.

Benny as Micawber plus Scrooge: perfect. At near best: perfect. And if you worry that “a soupçon of Chichikhov” teeters on pretentiousness, the “knock him off” at the end makes the sentence snap shut, reassuring you that Giddins writes in that American demotic which is our birthright.

The Benny essay is reprinted, justly, in Giddins’ 2006 collection Natural Selection: On Comedy, Film, Music, and Books [2]. This book is twice as long as Faces in the Crowd, and it’s a feast. We get fine pieces on Chaplin, Keaton, Lloyd, and the Marx Brothers, and sensitive celebrations of Antonioni, Lang, Doris Day (he loves her), and Harold Lloyd, along with in-depth studies of many classic films. “Cowardly Custard,” a sketch of Bob Hope, rises to the level of the Benny apologia. If you don’t rush immediately to see a Hope film after reading it, you’re not the man or woman I think you are. I turned to The Ghost Breakers and was rewarded with the moment when Hope peers around a pillar at Paulette Goddard and asks with a hesitant leer, “Am I protruding?”

Lucky for us that The Perfect Vision, The New York Sun, and other venues have opened their doors to Giddins’ film writing. (For a sample, along with lots of other material, visit his site [3].) Although he occasionally scolds, it’s the criticism of enthusiasm that reigns. When he started to write about jazz clubs, “I could focus on what I admired–on what I wanted you to admire or at least know it existed.”

In his music criticism and biography (the wonderful Bing Crosby life Pocketful of Dreams [4]), Giddins interweaves technical details, anecdotes, and thoughtful commentary. In writing about films he does much the same, blending observations about form and craft with insinuating evocations of how a movie plays on the screen. Not many film critics today would notice how the first shot of Lloyd’s masterful Girl Shy unobtrusively sets up its climax. He writes of The Letter:

From the opening nighttime pan of a rubber plantation, interrupted by a gunshot and fluttering cockatoo, and finished with an inexorable closing in on Better Davis, who has followed her victim on to the verandah and pumped five more bullets into him, you know you are in the hands of ardent filmmakers and can only hope that they sustain the inspiration for another 90 minutes. They do.

Eyes without a Face begins with a lengthy traveling shot, as Alida Valli races through the night with a crumpled corpse in the backseat, enclosed by an endless line of skeletal trees and accompanied by Maurice Jarre’s funhouse score–imagine Philip Glass programming a carousel.

Giddins has an unapologetic respect for African American performers in studio movies. Of Ivie Anderson’s “All God’s Chillun Got Rhythm” in A Day at the Races, he notes:

This scene was cut from TV for years and decried as racist by sensitive white liberals. They are free to skip it; the rest of us can head straight for DVD chapter 22 to see Anderson in clover. Racism manifested itself less in Catfish Row stereotypes than in the failure to cast her in other movies.

Davis had once been renowned as a performer of spectacular gifts who could do everything. Sadly, “everything” usually proves to be the most evanescent of talents. His early appearances were virtuoso displays of dancing, singing, and mimicry that defied indifference; he would stop at nothing until he brought the audience into his fold. . . . Davis’ besetting sin was not extravagance, philandering, imbibing, or reckless optimism concerning a president. It was trying to live life as if color did not matter. He was a naïf savant.

For Giddins fans who are cinephiles too, there’s a quiet satisfaction in learning from the autobiographical sketch that launches Natural Selection that he started as a film critic for The Hollywood Reporter. Of course he continues to write about music and literature, and his essay on Classics Illustrated comic books will tingle every baby boomer’s spine. Still, by circling back to movies, Giddins shows himself one of the great contemporary American film critics. In his hands criticism finds its justification as subtle, eloquent admiration.

P. S.
The Good German finally made its way to Madison, and so I’ve posted a quick postscript to my earlier blog [5] on the film’s attempt to recapture 1940s film technique. Nice try, but….