This year two prominent fiction writers opened their workshops to us. Jane Smiley’s Thirteen Ways of Looking at the Novel, published by Knopf last spring, is a compendium of information and wisdom, offering thirteen substantial chapters on technique followed by lively essays on 101 novels. Written in the aftermath of 9/11, the book is a testament to the joys and consolations of literature. 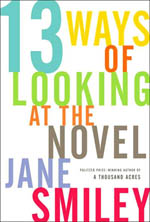 Smiley offers a feast of ideas and examples. She observes that in a novel, the protagonist tends to contrast his or her fate with those of others. She shows how a novel’s rhythm is created by alternating passages of action and reflection, with each shaping the other. She also remarks on the novel as a type of game:

The game quality of the novel gives it meaning and form, because all games begin, have a playing time, and end. It also gives the novel at least a rudimentary raison d’etre, since games are a recognized form of learning for young mammals. The author sets up the game and is required to signal to the reader early in the narrative what the rules are.

With her top-101 list, Smiley isn’t proposing a canon. Her inspiring essays are at once historical (moving from The Tale of Genji to Jennifer Egan’s Look at Me) and very pluralistic. On her list we find both Dickens and Wilkie Collins, Scott Fitzgerald and P. G. Wodehouse, Muriel Spark and Garrison Keillor.

Now we have Francine Prose’s Reading Like a Writer: A Guide for People Who Love Books and for Those Who Want to Write Them (HarperCollins). This too is wonderful, but in a rather different way. Smiley’s book is a doorstop, Prose’s can be slipped into a carry-on. Although Prose discusses several novels, she seems most at home with the short story. Smiley is happy to generalize, exploring broad claims in a reassuring but rigorous way. Prose, a child of New Criticism and the practices of close reading, backs away from generalizations and relies on abundant quotation to develop her points. It’s a conservatory approach. We study the masterworks (high and low–you’ll find Chandler and John Le Carré here) and through delicate discrimination we learn to admire good writing and see how we might develop a supple style ourselves.

Jane Smiley believes that fiction rests on some basic precepts (not rules): craft premises, tacit contracts with readers, assumptions about how genres work. In one chapter she sweeps across theories of fiction from Aristotle to Henry James, harvesting the enduring ideas. Prose’s book is more tentative; she treats even craft precepts as loose guidelines, always subject to revision.

In her skin-prickling penultimate chapter, Prose recounts a series of craft tips that she gave her students. Motivate your characters’ action! Don’t give two of them similar names! Then she shows how reading Chekhov made her doubt each homily.

And this is what I’ve come to think about what I learned and what I taught and what I should have taught. Wait! I should have said to the class. Come back! I’ve made a mistake. Forget observation, consciousness, clear-sightedness. Forget about life. Read Chekhov, read the stories straight through. Admit that you understand nothing of life, nothing of what you see. Then go out and look at the world.

With her admiration for Chekhov, Babel, and Nabokov, Prose advances the case that exacting attention to style isn’t a flight into artifice but the best way of teasing out the nuances of human life.

Every writer should read her first few chapters. In “Words” she lays down the book’s premise: “It’s essential to slow down and read every word. . . Ask yourself what sort of information each word–each word choice–is conveying.” She warns against reading fiction in order to skim off themes or psychological insights, especially when “crucial revelations are in the spaces between words, in what has been left out.”

The next chapter, on sentences, is one of the best statements I’ve ever read about the craft of writing. A young writer, Prose reports, once told his agent that he wanted above all to write “really great sentences.” She raises the curtain on professional gossip: it turns out that writers love to talk about sentences. (How many writers of academic prose even think about their sentences, let alone discuss them with others?) She champions the lost skill of sentence diagramming, and I was happy to learn that she encourages a habit of mine, that of keeping close at hand books by writers who compose admirable sentences. 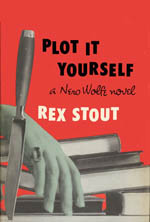 The following chapter was especially enlightening to me because I’m struggling to find more varied ways to paragraph my writing. Prose examines the killer moment in Rex Stout’s Plot It Yourself when Nero Wolfe explains that the pattern of a writer’s paragraphs is a stylistic fingerprint. She fastens on a passage I’ve always loved, in which the narrator, Archie Goodwin, enacts in print what his boss has proposed. Across a long paragraph, Archie spends “about half an hour studying paragraphing,” while recapping the routines of the Wolfe household. He ends:

The next sentence is to be, “But the table-load of paper, being in the office, was clearly up to me,” and I have to decide whether to put it here or start a new paragraph with it. You see how subtle it is. Paragraph it yourself.

I stood surveying the stacks of paper.

(Robbe-Grillet, eat your heart out.) Prose goes on to explore various ways in which Archie might have broken up his long stretch of description. For now and hereafter, she is my Goddess of the Paragraph Break. Or should I have made that last sentence a separate paragraph?

The rest of the book, covering detail, narration, and other techniques, is no less enlightening. Reading Like a Writer winds to a conclusion in which, after the encomium to Chekhov, Prose asks all writers to summon the courage to avoid easy tricks, to treat their work with integrity, and to follow language where it leads. Her last extract, revealingly, comes from verse. Her insistence on the words on the page, I came to see, amounts to treating prose as if it were poetry.

One moment of doubt, though. It’s generally realized that many writers are story people rather than style people. Dreiser and Stephen King have a penchant for awkward writing. Often their style records their struggles to find the right phrase. Yet once you’re hooked, you’re hooked and their stories carry you forward. Maybe Prose would argue that their books would be even better if they wrote better; or maybe the novel is a more forgiving genre than the short story. Anyhow, neither writer is Chekhov. Still, it’s indicative that unlike Smiley’s 13 Ways and virtually every other writing manual, Prose’s book offers no guidance on plot or structure. This is a book about style–its techniques and its ethics.

Why bring these considerations into this blog? For one thing, students of cinema should always be open to learning about form and style in other arts. Reflections on literary point of view can alert us to how filmmakers manage it. Prose suggests that point of view is subtler than “who speaks?” and “who sees?” Word choice and sentence rhythm can tip a scene from one character to another without any use of I said or she noticed. That set me thinking. Does cinema have something similar? In film, if we show one character in longer-held shots than others, does that help weight the scene to her? Or might we have her advance toward the camera when the others stay behind? Or could we modulate the sound levels to bring her voice into prominence? Reading about techniques in the other arts can sharpen our awareness of parallels or non-equivalences between other media and film.

Prose’s book is also part of a heartening trend in the humanities. The growing success of literary-appreciation books for a general audience over the last few years may signal the flagging of the sort of Grand Theory promoted by Structuralism, Post-Structuralism, and other movements. Smiley the pluralist flirts with some academic terminology, but Prose is uneasy with academic theory. When she went to graduate school

I soon found that my love for books was unshared by many of my classmates and professors. I found it hard to understand what they did love. . . . That was when literary academia split into warring camps of deconstructionists, Marxists, feminists, and so forth, all battling for the right to tell students that they were reading “texts” in which ideas and politics trumped what the writer had actually written.

On the whole, I think, Prose’s skepticism has been borne out. The fact that Harold Bloom, Stephen Greenblatt, and other eminences of High Theory are now writing books teaching general readers to, well, enjoy great literature shows that radical ideas have been dialed back quite a bit. The very title of Marjorie Garber’s Shakespeare After All seems, against all worries about canonization, to resurrect the idea of The Greatest Writer Who Ever Lived.

There are more practical reasons to consider books like Smiley’s and Prose’s in this forum. Many readers of the Internets are writers. They write school essays, journalistic pieces, professional papers, blogs, and all manner of things. Most of us are artisans of language, and we ought to welcome coaching from experts. I used to tell my graduate students that whatever they thought they were going to be–scholars, researchers, archivists, teachers–they would all be professional writers. We ought to be as mindful about the craft and duties of writing as we are about any other aspect of our calling. 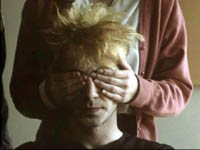 Finally, Prose indirectly reminds us of the importance of peering closely at the texture of movies. It’s not only strong stories and provocative themes that draw us to cinema. The moment-by-moment fluctuations of what we see and hear on the screen also shape our experience.

One important thing that we can learn by reading slowly is the seemingly obvious but oddly underappreciated fact that language is the medium we use in much the same way a composer uses notes, the way a painter uses paint. I realize it may seem obvious, but it’s surprising how easily we lose sight of the fact that words are the raw material out of which literature is crafted.

In the last sentence, substitute images and sounds for words, and cinema for literature, and you have an earnest reminder that we should look and listen closely to movies.

Despite all we know about film technique, the systematic study of film style is really just beginning. By reading literature as Prose recommends, we not only get more out of great books; we cultivate skills that can enrich our understanding of film.